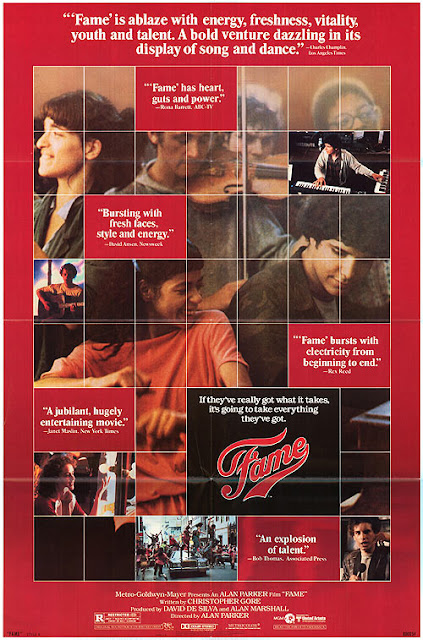 I had my first date at age 10, my second--same young lady-- at age 11. Then, a decade later, I had my third date. Different young lady. This one wanted to see FAME, a film I had no interest in but I greatly enjoyed it after seeing it at the Studio Cinemas in the old Playboy Club Building in downtown Cincinnati. As an added bonus, the performance we attended also featured a full-length advance preview showing of a film I hadn't heard a single word about to that point--USED CARS. From the folks later behind BACK TO THE FUTURE, ET THE EXTRATERRESTRIAL and CONAN THE BARBARIAN, I described USED CARS at the time as "a Disney film gone bad." It's a colorful production of a Disney-esque plot starring then-perennial Disney star, Kurt Russell. Only the boobs and cursing made it clear that it wasn't from the Mouse Factory!

Afterwards, we hung out at Skyline Chili until 2 AM. Then she drove me home. I kissed her goodnight. MY FIRST KISS! But my aim was off. I kissed her chin. 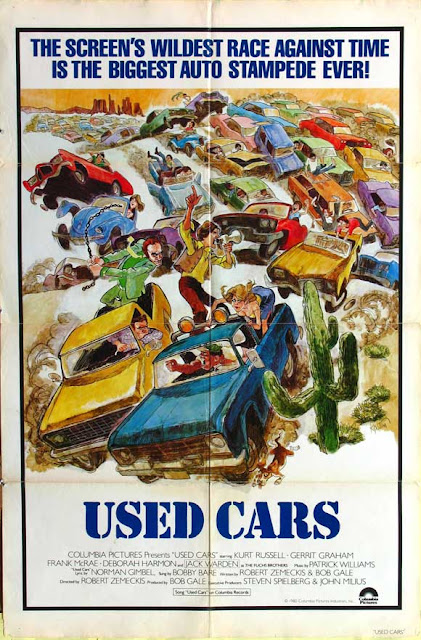 Posted by Booksteve at 2:57 PM