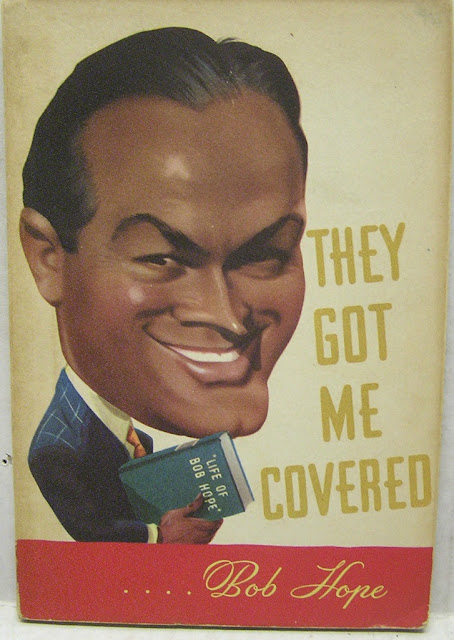 I think these are all the books credited to Bob Hope during his lifetime. They're all good reads although it's now known that most were largely ghosted by various of his comedy writers. Bob gave us 100 years. Today he would have turned 113 years old! 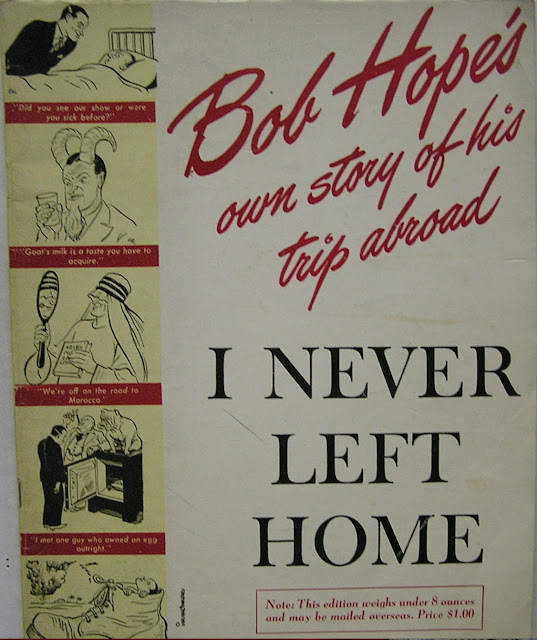 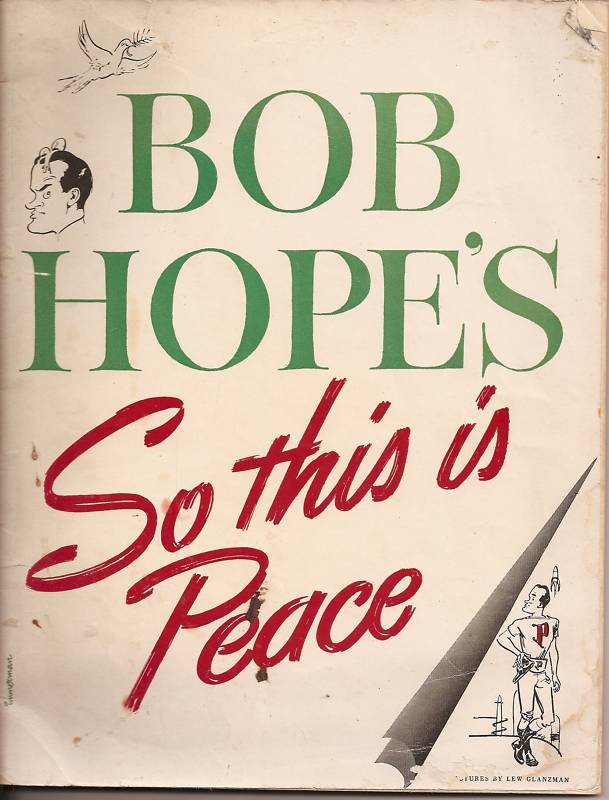 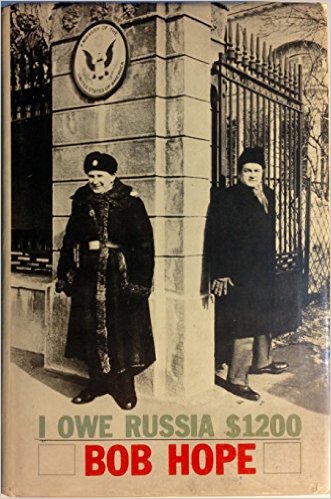 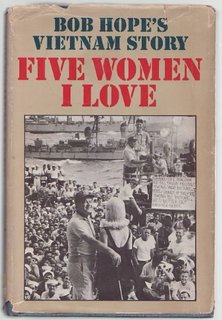 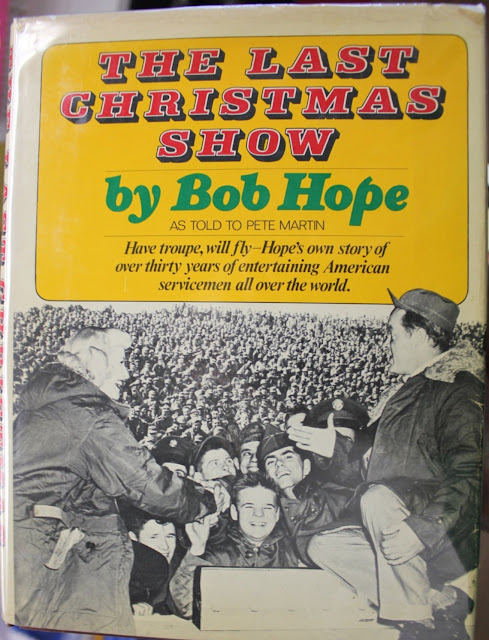 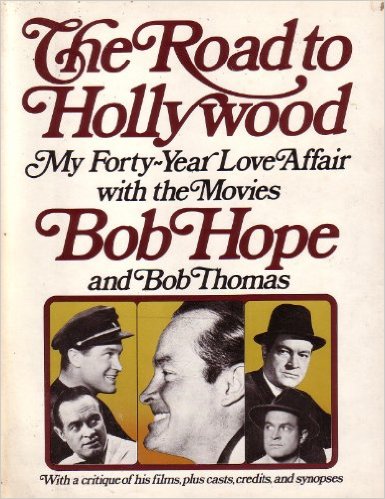 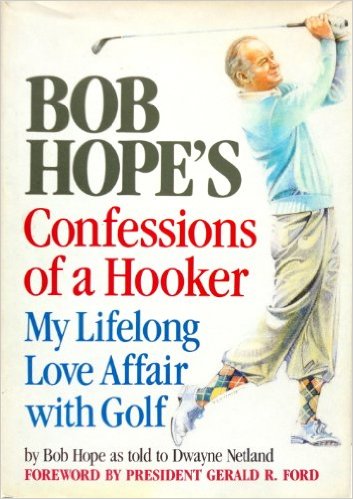 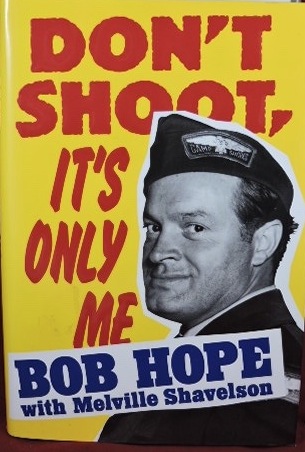 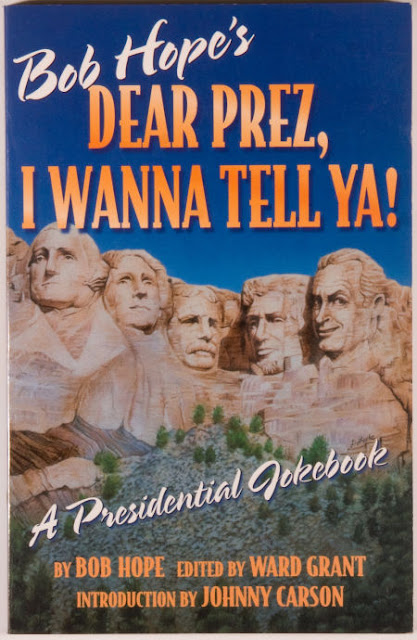 Below is the day I met Bob in 1976. He seemed quite deaf and, in fact, when I got close enough in line I could see he was wearing a hearing aid. 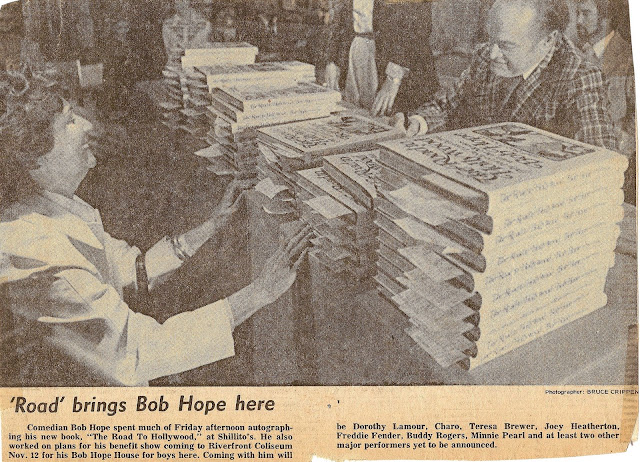 And below is the autograph I watched him sign for me that day, surprisingly legible when you see just how many books he was signing! Those authors who just put a line and call it a signature have NO excuse! 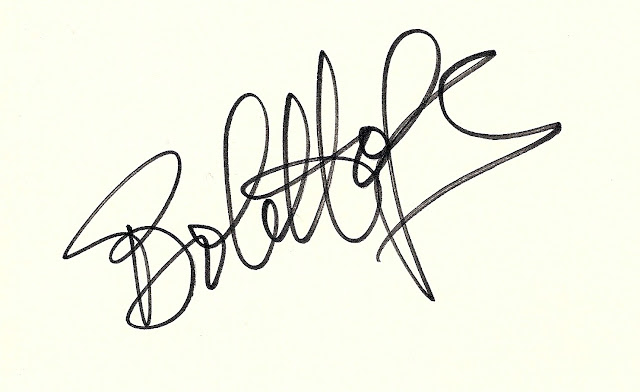 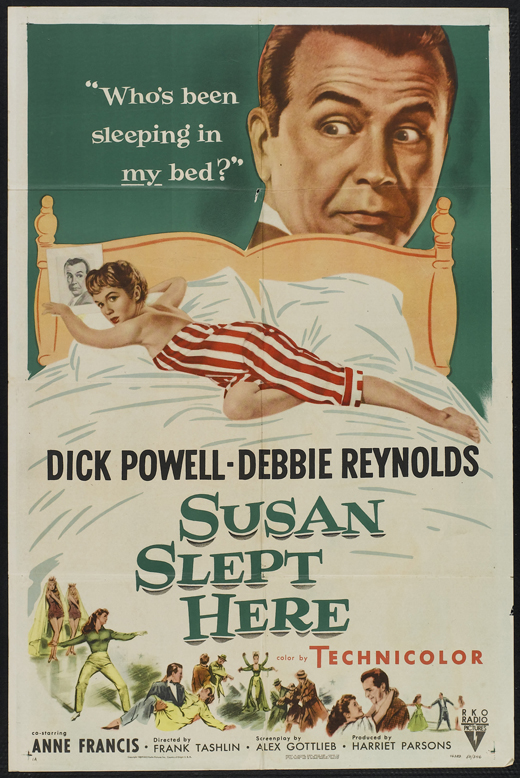 Originally, SUSAN SLEPT HERE was meant to be a vehicle for young MGM starlet Debbie Reynolds, on loan to RKO.Debbie's co-stars were set to be hoofer Dan Dailey and rising star David Wayne. Although based on a play and produced and written by the co-playwright himself, there were multiple delays, causing Wayne to have to drop out due to a Broadway commitment. A search for his replacement led to Mickey Rooney but in that time, Dailey had to drop out to accommodate a Fox picture he was obligated to do. RKO owner Howard Hughes reportedly courted Cary Grant for the lead but settled on Robert Mitchum...who promptly walked out in a contract dispute. Somewhere along the way, Rooney fell by the wayside, too. Ultimately, Dick Powell was lured out of a self-imposed big screen acting retirement for this, his final picture. One of the great second acts in movie history, light comedian/singer/dancer Powell completely and successfully reinvented himself as a tough guy noir anti-hero and even then went on to morph yet again into a successful producer/director for television.  Alvy Moore, who had replaced David Wayne in Broadway's MISTER ROBERTS, did so again here in the sidekick role and showed great promise himself. 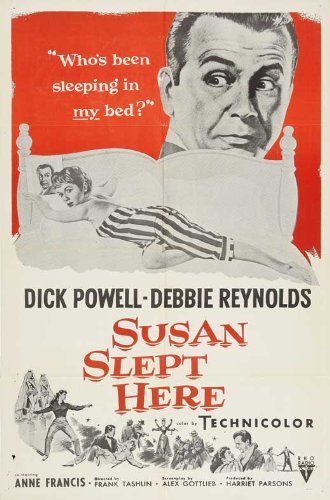 Colorfully directed by former cartoonist Frank Tashlin, it's the unlikely story of a 17 year old juvenile delinquent left to spend the holidays with a middle aged writer. As the screwball happenings of the weekend continue, although the writer really isn't a perv, he does begin to have feelings for his charge and she reciprocates, all leading up to a wonderfully bizarre musical fantasy sequence and some surprisingly naughty bits as we head toward the happy ending. 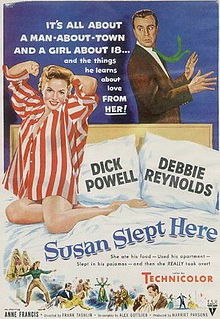 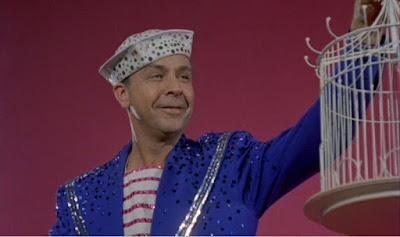 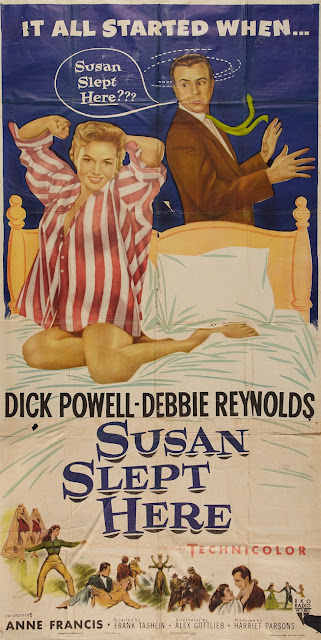 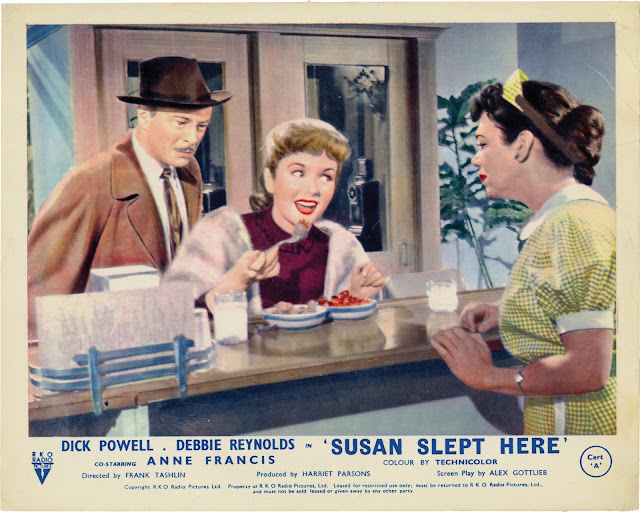 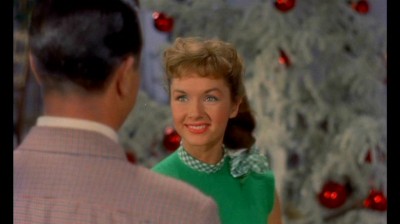 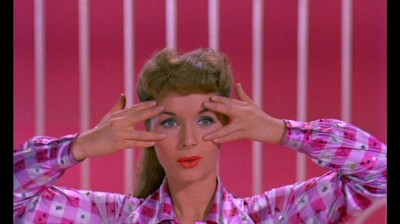 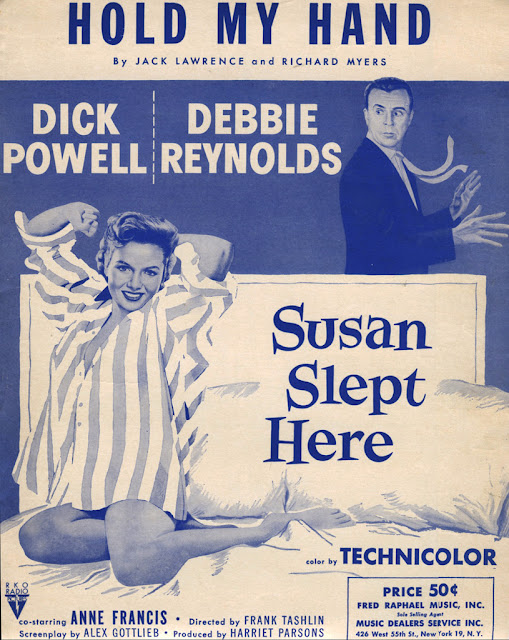 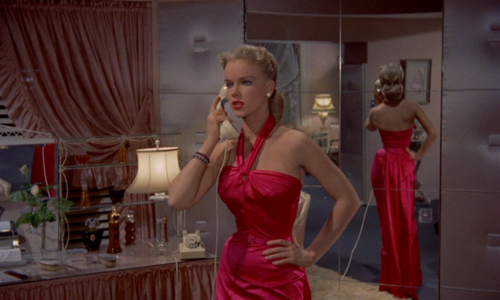 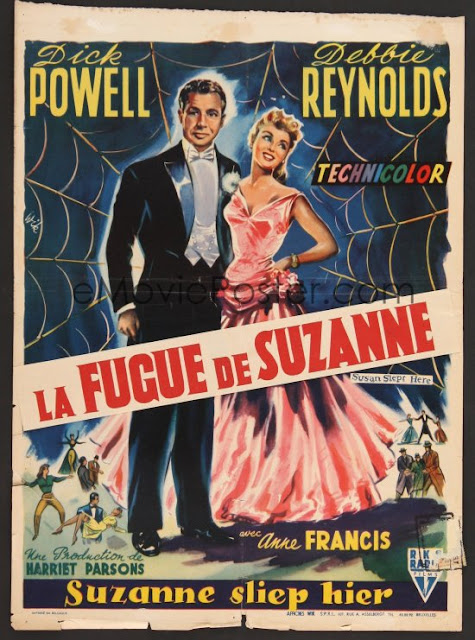 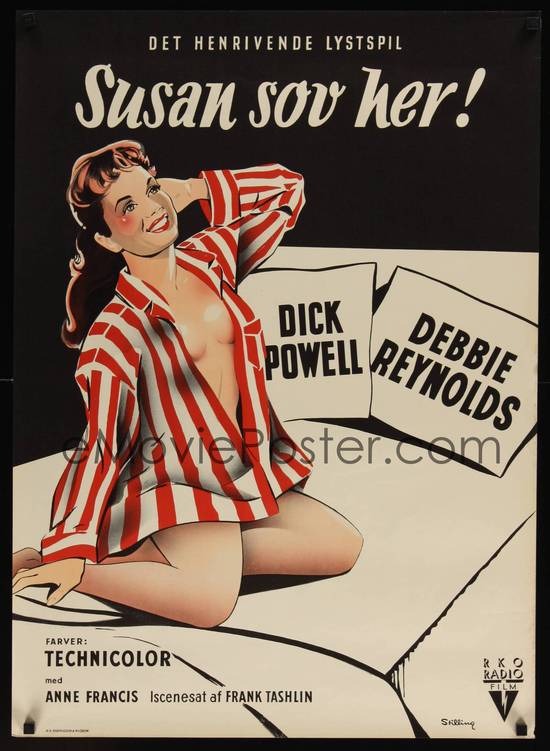 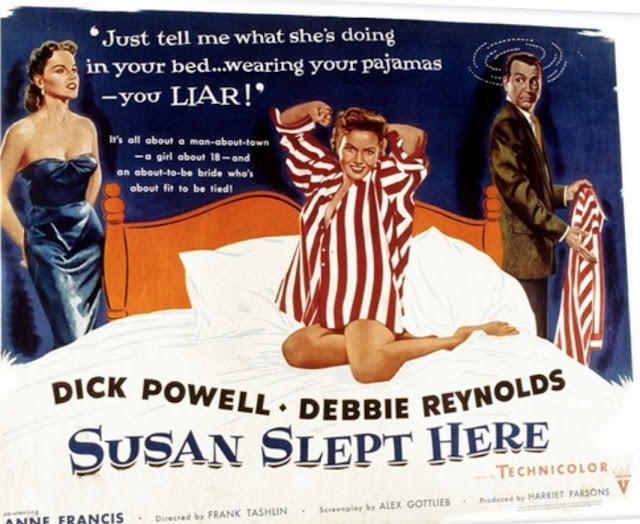 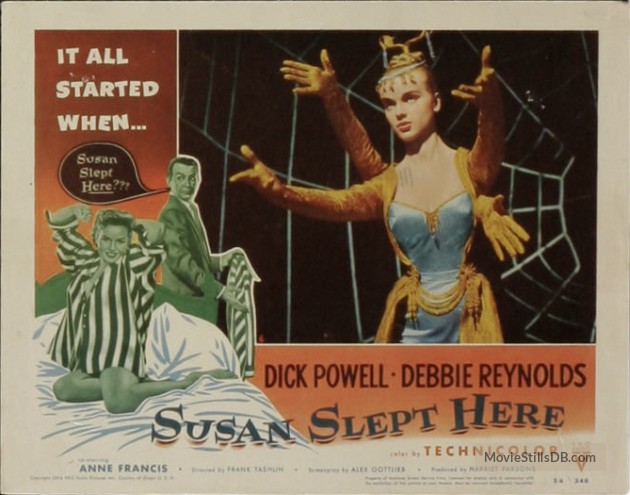 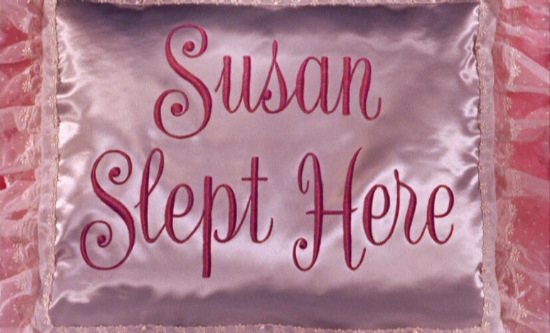 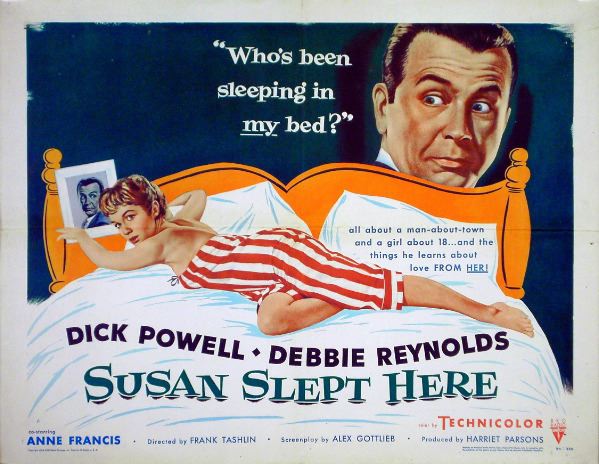 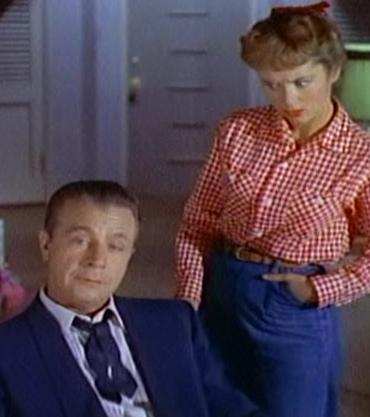 Posted by Booksteve at 10:56 AM No comments: