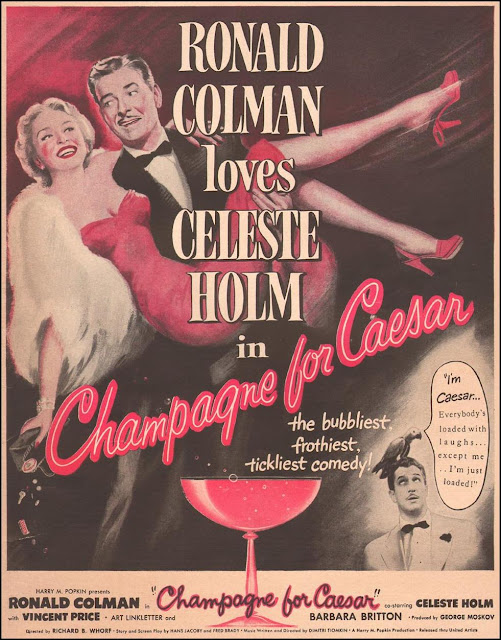 A spoof of both mindless television and intellectualism, debonair Ronald Colman is classy and funny as the genius who decides to break a game show run by network producer Vincent Price--said to be playing a thinly veiled version of NBC's Pat Weaver. I first saw it on television in the early 1980s and  found it one of the funniest films I'd ever seen. Watching it again tonight on YouTube, I stand by that...although modern audiences aren't likely to appreciate the topicality of it all. 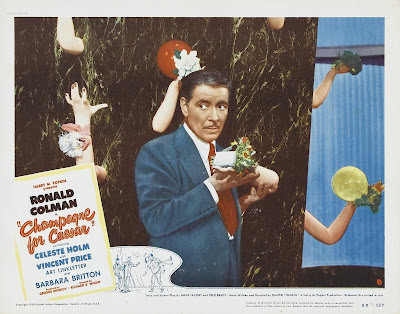 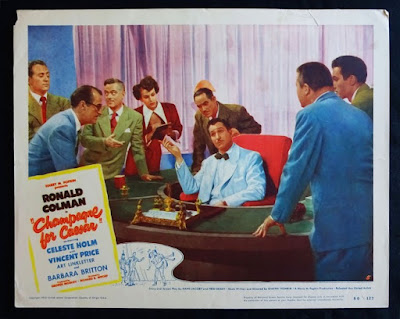 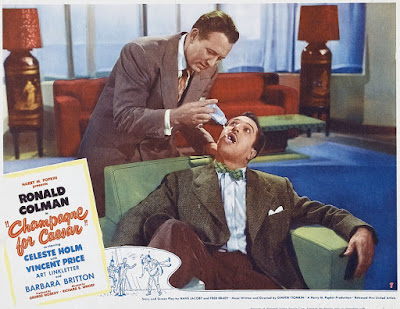 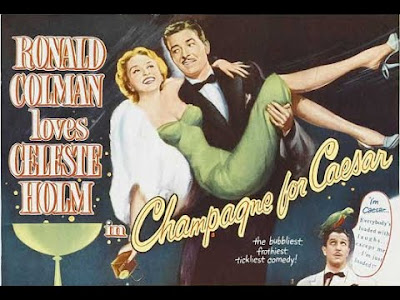 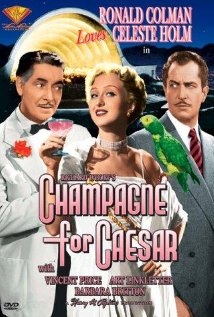 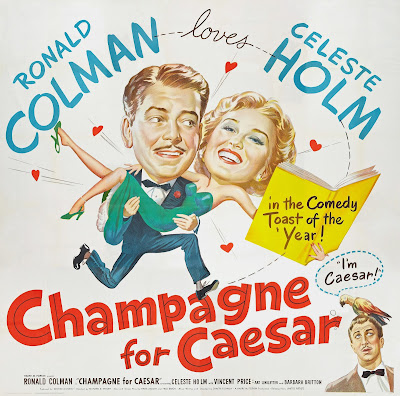 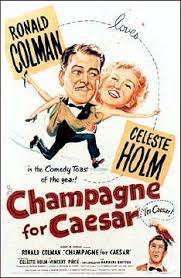 Colman and Price were reunited nearly a decade later for THE STORY OF MANKIND, often present on lists of the WORST movies ever made! 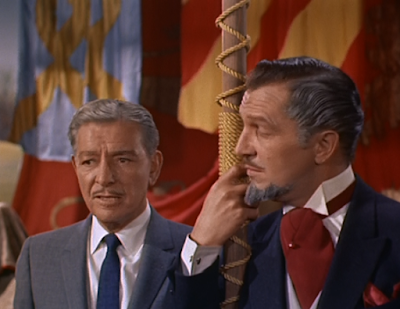 Posted by Booksteve at 11:31 PM No comments: 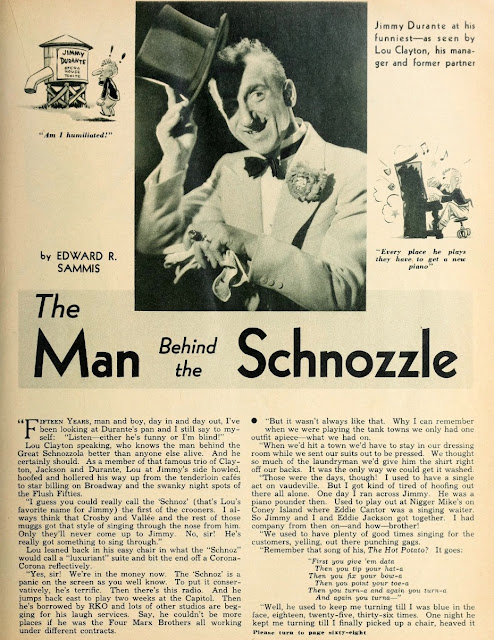 A TV fixture when I was a kid, the Great Schnozzola had a long and fascinating showbiz career behind him including early talkie film success, as seen here in this 1934 article by his former Vaudeville partner. (Pardon a certain word in this vintage article) 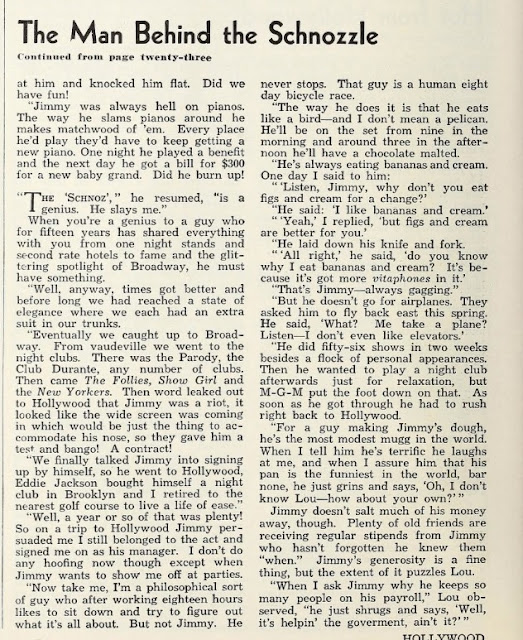 Posted by Booksteve at 10:33 PM No comments:

Two On a Guillotine 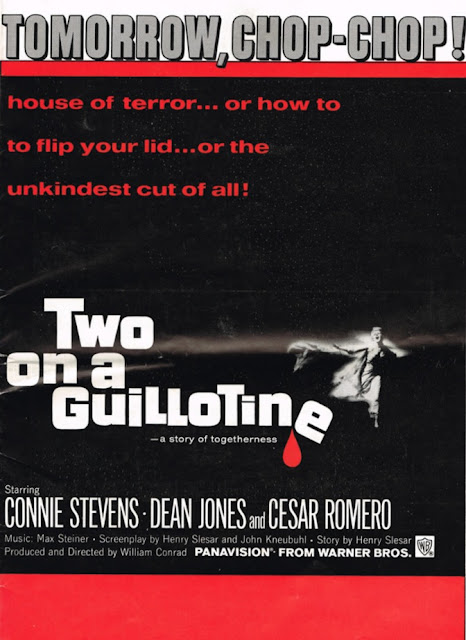 The passing of actor Dean Jones today reminded me that I once won the grand prize on the TV game show SCREEN TEST because I had just watched this horror film/black comedy on TV a few days earlier. I was give the initials DJ and had 20 seconds to name the actor. For each clue--in the form of one of the actor's film credits--I would lose points. The host said, "The initials? D...J. His movie, TWO ON A..." At that point, I shouted out, "DEAN JONES!"

About ten years later, Dean Jones came through town appearing in the musical, SHOWBOAT. I wrote to thank him for helping me win the prize and he actually called me at the book store! BUT I WAS OFF THAT NIGHT!!!! 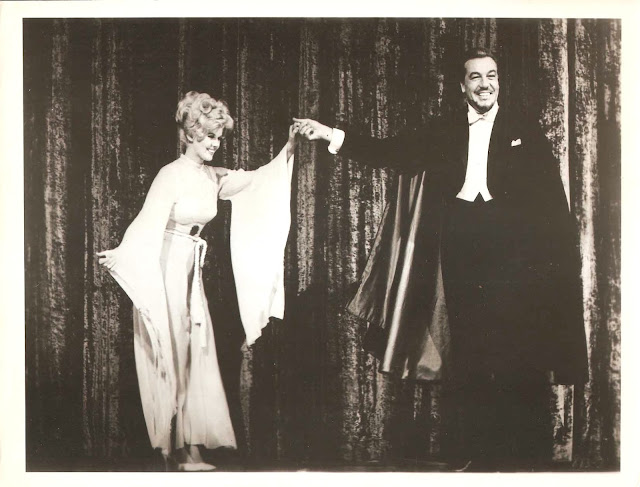 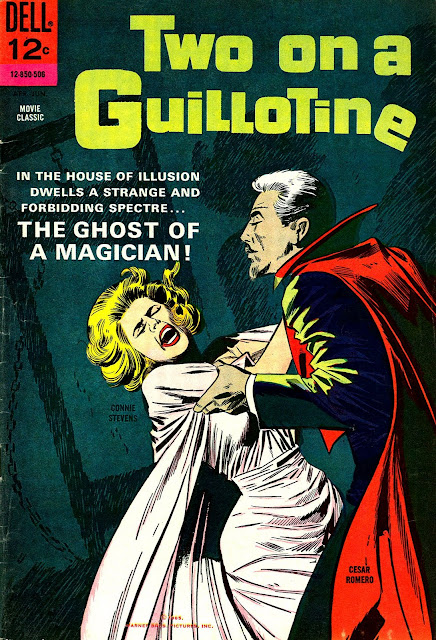 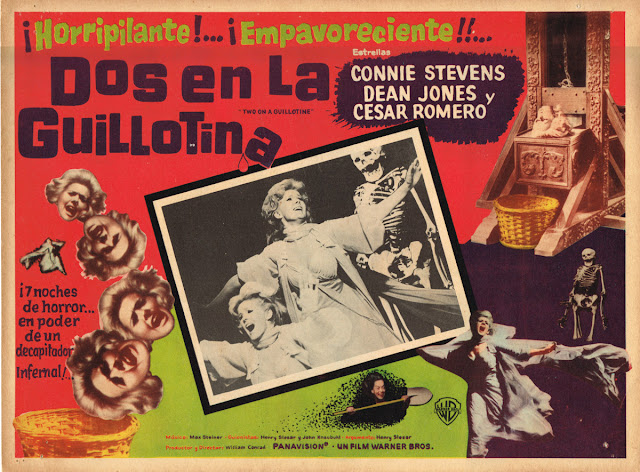 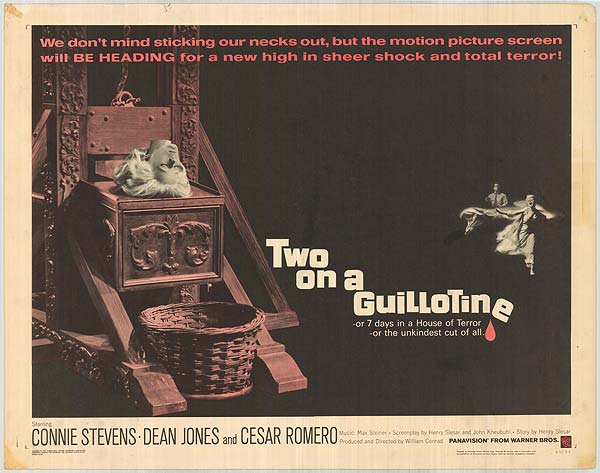 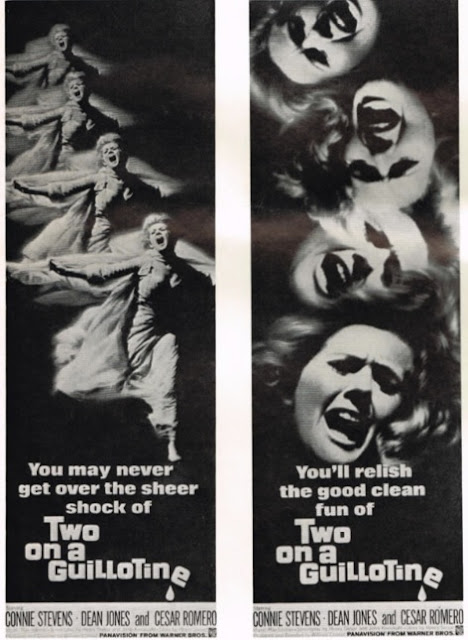 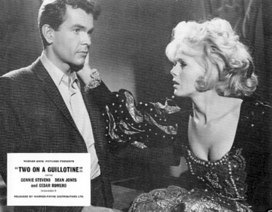 Posted by Booksteve at 5:25 PM No comments: