My Dad and Dirty Harry 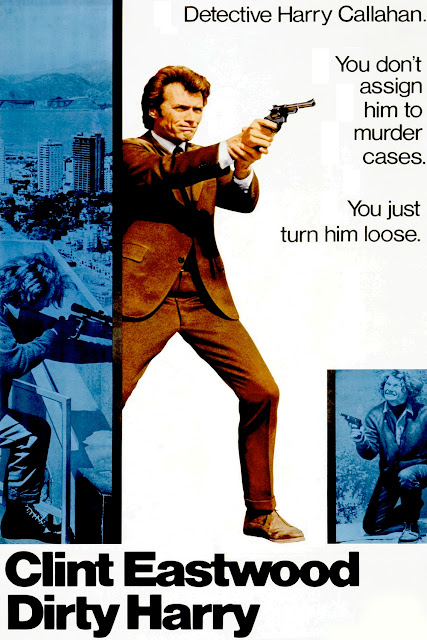 My Dad was a big Western fan and so we had them on TV all the time when I was a kid. One of his favorites was RAWHIDE and it became one of MY favorites, too. I particularly liked the character "Rowdy Yates." My parents didn't tend to go to movies without me but on occasion my Dad would see one on his own. I remember, in 1971, he saw DIRTY HARRY though, because he remembered Clint Eastwood from RAWHIDE, and came home talking about how good it was. I was 12. 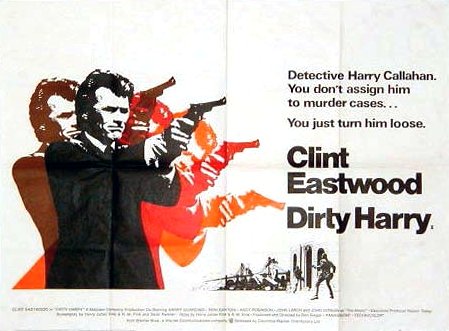 When I was 14, I had my parents talked into taking me to the occasional R-rated flick. One time, there was something I wanted to see at Cincinnati's RKO Albee...and it was doublefeatured with DIRTY HARRY in re-release just prior to its sequel coming out. My Dad remembered enjoying it and so agreed to take me. 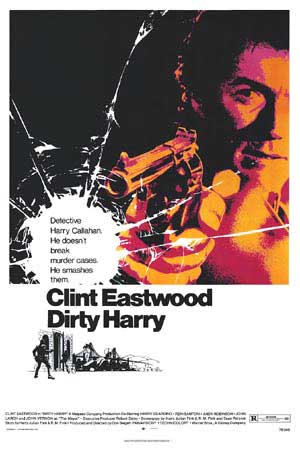 To say I was blown away would be a punny understatement. It was a big, bold, exciting and adult crime thriller with amazing performances and I just enjoyed the heck out of it to the point where I can't even remember what the co-feature was that I had wanted to see in the first place! Clint Eastwood immediately jumped into my Top Ten favorites where he stayed for many, many years. And while its various sequels all provided diminishing returns, DIRTY HARRY remains an excellent crime thriller for grown-ups! On Father's Day, it seems appropriate to offer thanks to my Dad for introducing me to Harry Callahan...and Clint Eastwood. 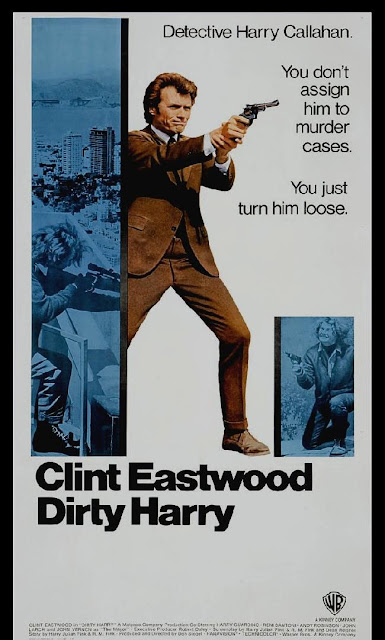 Posted by Booksteve at 3:03 PM