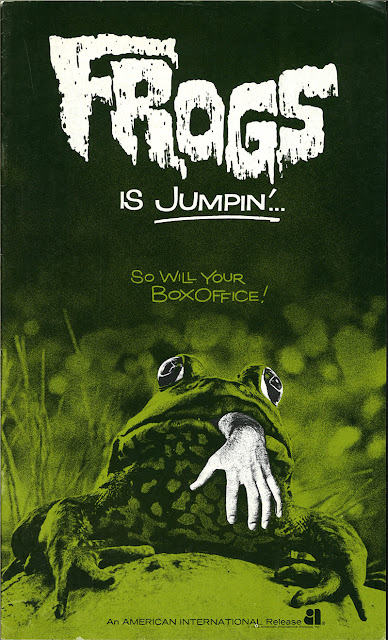 I saw FROGS at the Madison Theater in Covington, KY when it first opened. I saw it on  aSaturday afternoon with friend Terry. A week later, it was still playing so we went and saw it again! I grew up a city boy. I doubt I'd ever seen more than one or two frogs in my whole life and they were just somebody's pets! Still, a fun movie and my first exposure to some of its stars--Ray Milland, Sam Elliott, Judy Pace and Joan Van Ark--who I would enjoy in many other things through the years. Seen here is the original pressbook sent out to theaters. The theater would send ads from here to the local papers and, in theory, utilize some of the often brain dead publicity stunt ideas in these things to promote the picture. 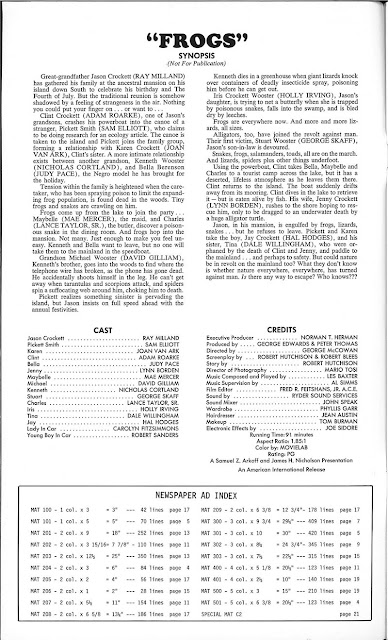 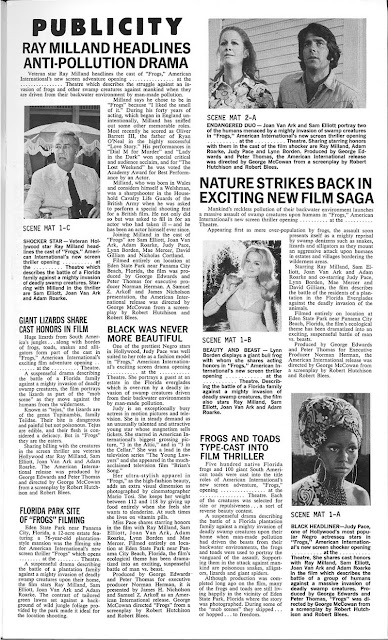 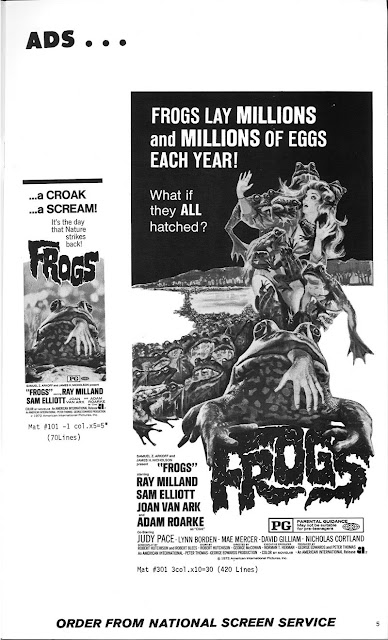 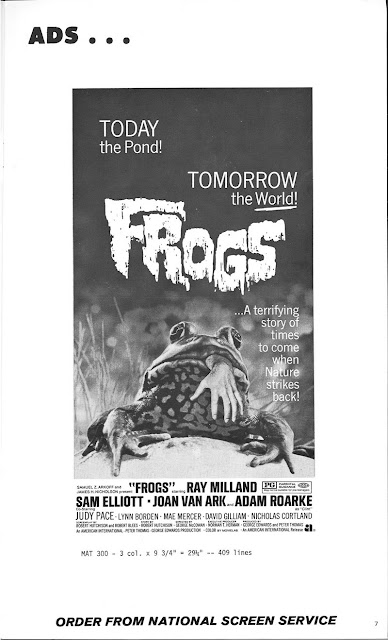 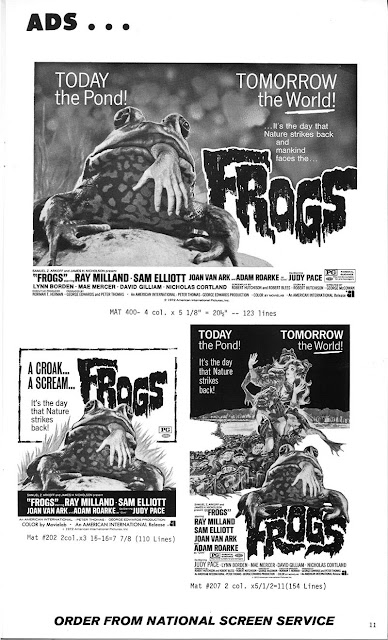 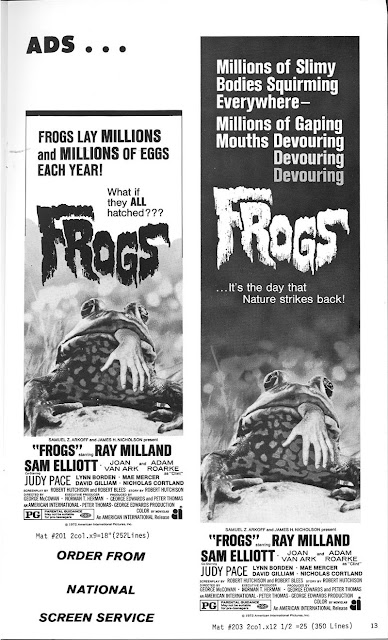 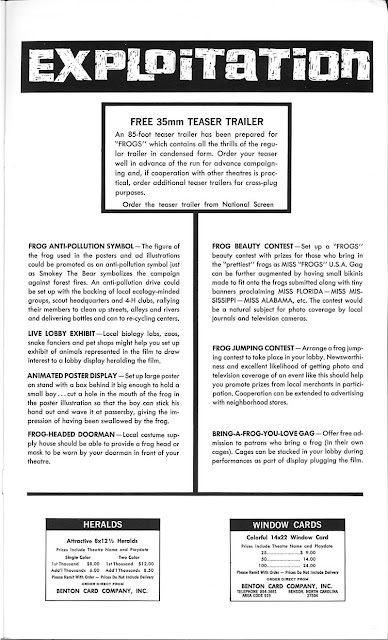 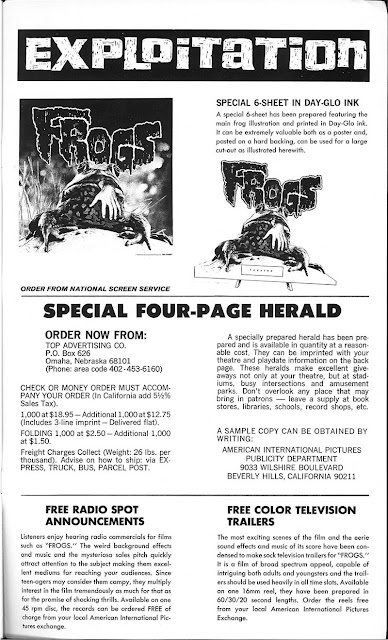 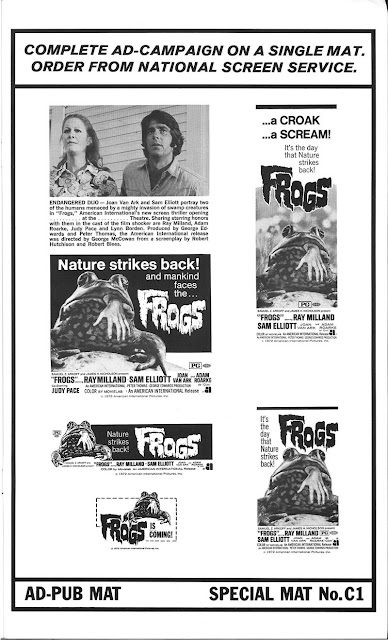 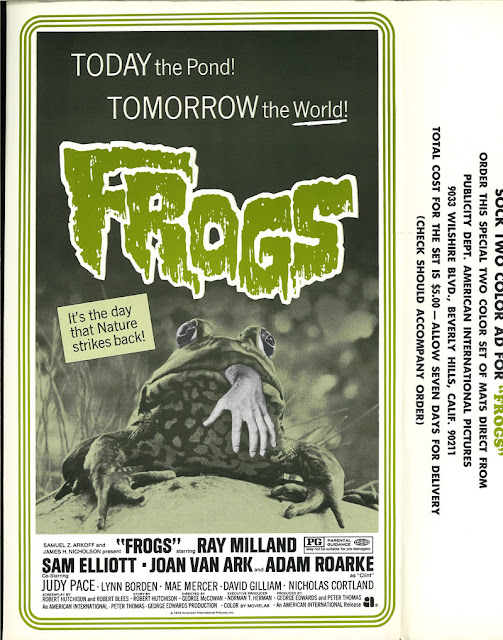 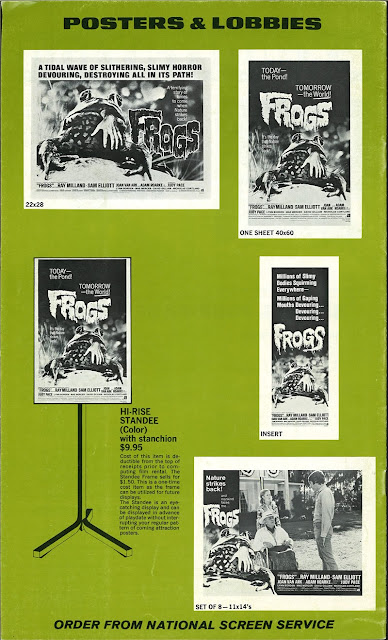 Posted by Booksteve at 7:26 PM