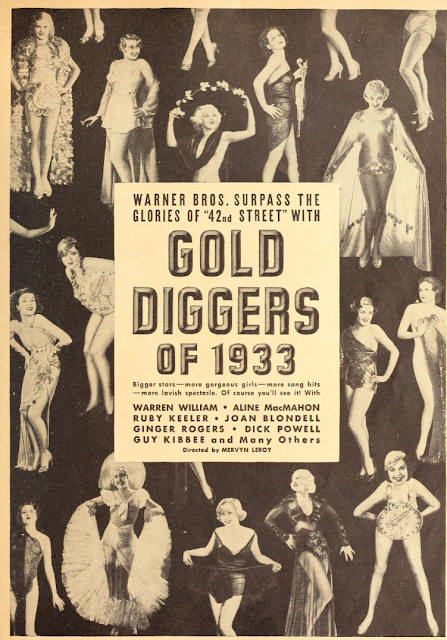 Other than IN THE NAVY with Abbott and Costello, this was the first time I saw my mother's first favorite actor, Dick Powell, and it wasn't until just before her passing in 1981 when local UHF channel 64 picked up a great Warner Brothers movie package. GOLD DIGGERS OF 1933 was my introduction to a number of people who would become favorites including Powell, Warren William and, in a small role, Ginger Rogers. Here's her memorable opening number.

Posted by Booksteve at 3:42 PM