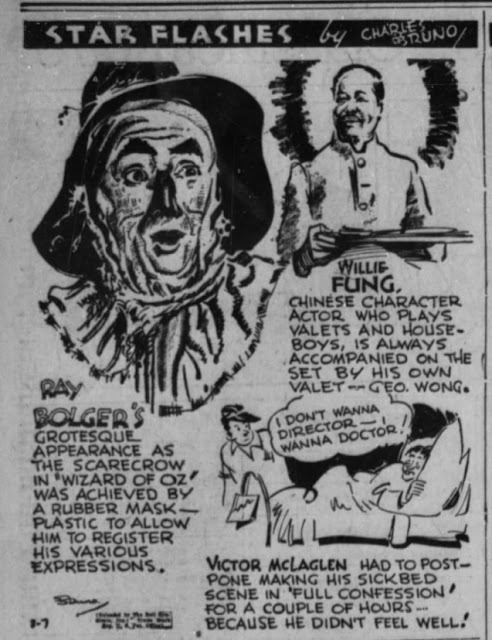 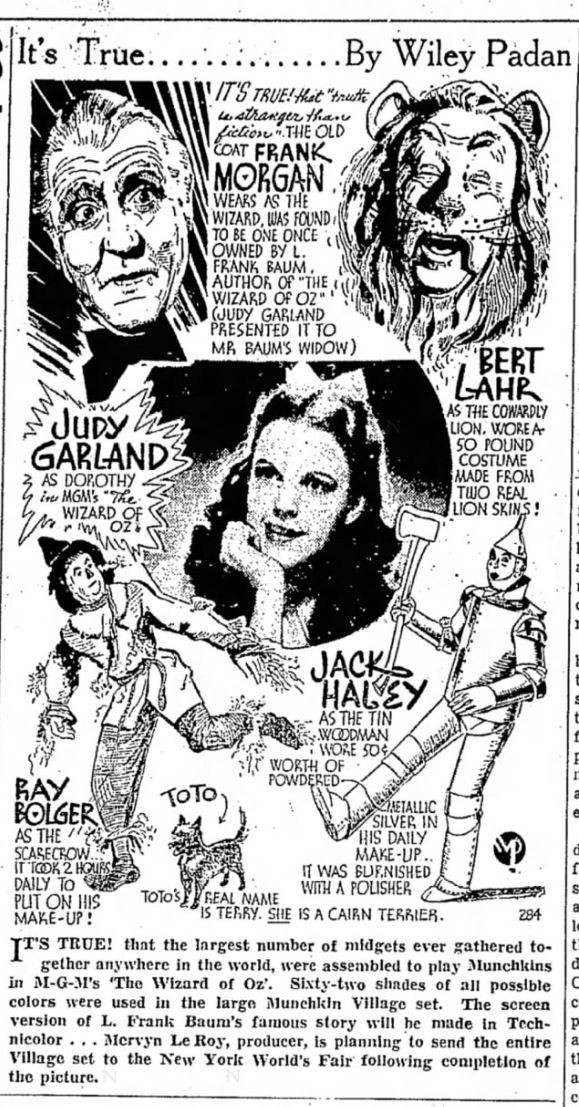 Posted by Booksteve at 4:51 PM No comments:

Comin' Round the Mountain-1940 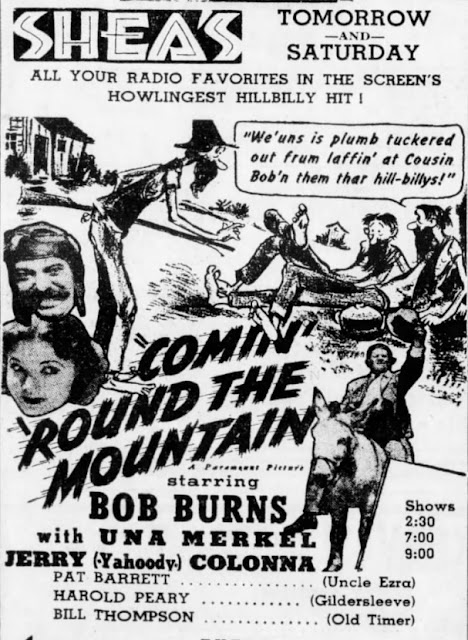 Here's one I've never seen and can't even find online anywhere. Looks great, though, and was real-received in its day. The attraction is, of course, that the cast list is loaded down with a bunch of radio stars headed by Bob "Bazooka" Burns and Jerry Colonna and with Covington, KY's own Una Merkel as leading lady. Perhaps even more enticing is the early film appearance (his first?) of Hal Peary as The Great Gildersleeve and Bill Thompson from Fibber McGee and Molly. Even Jack Benny's Don Wilson turns up in what looks like a fairly standard hillbilly feud story, the likes of which were redone endlessly in B films and TV for at least 3 decades! 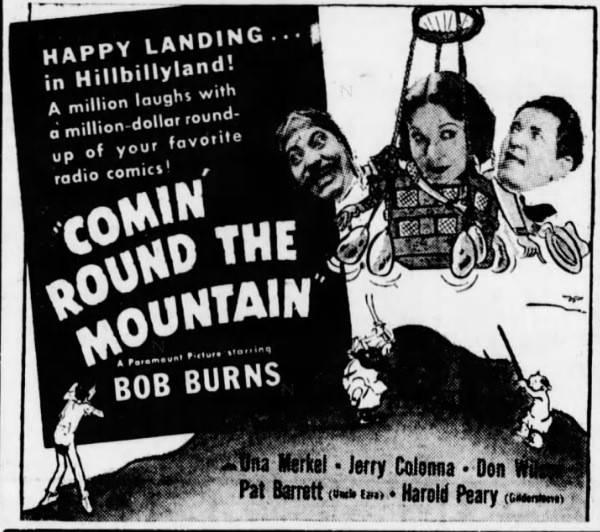 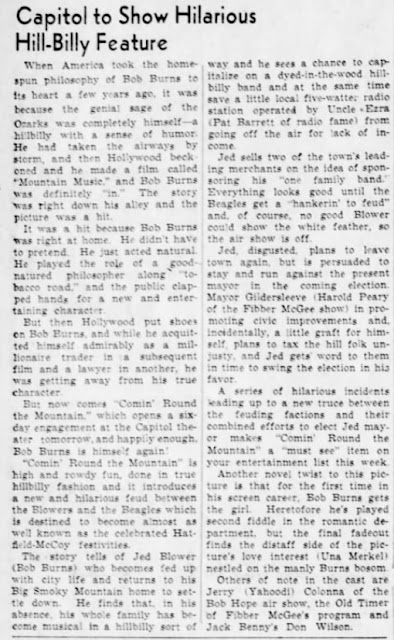 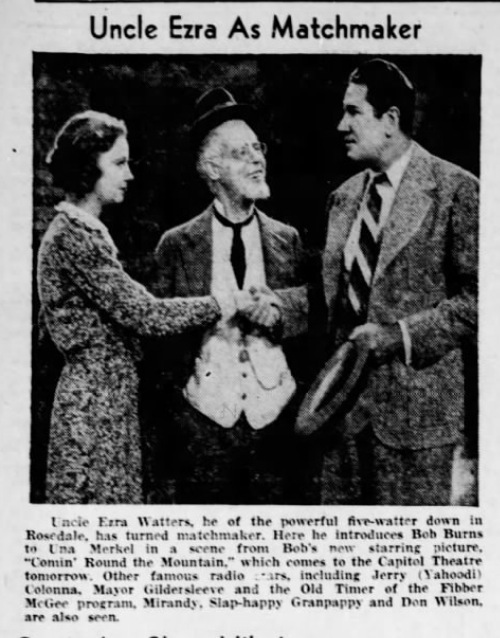 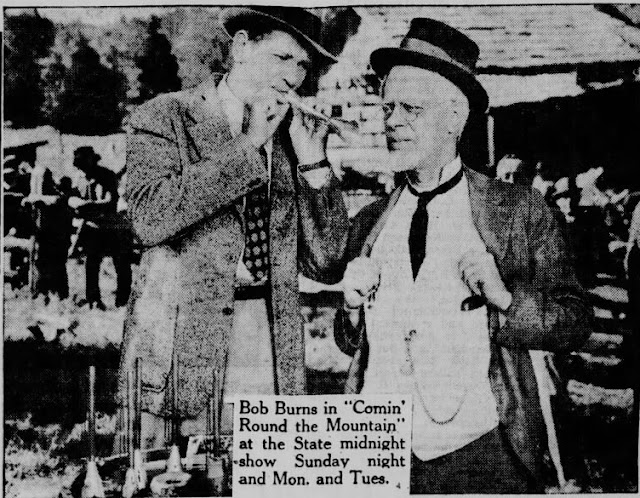 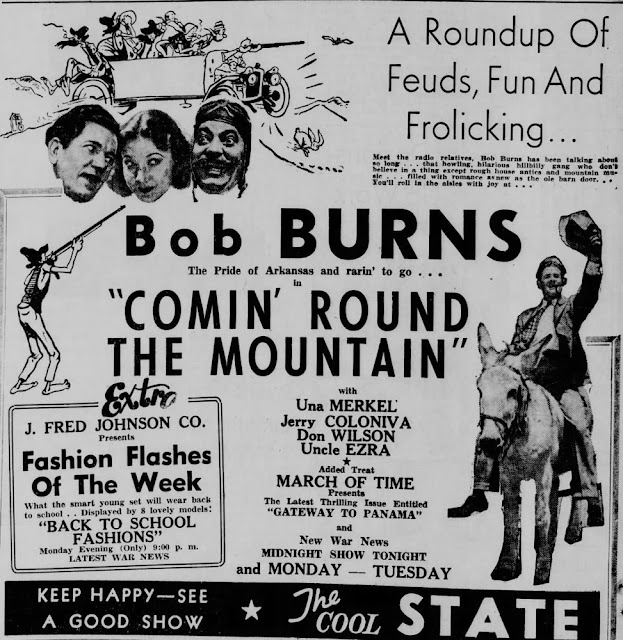 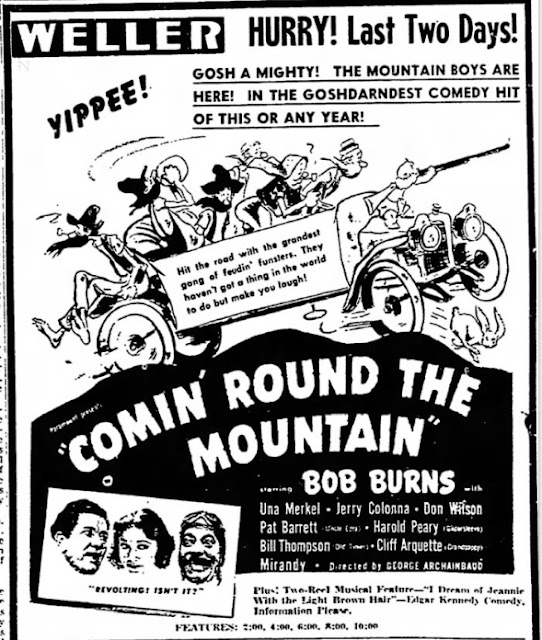 Posted by Booksteve at 12:25 AM No comments: