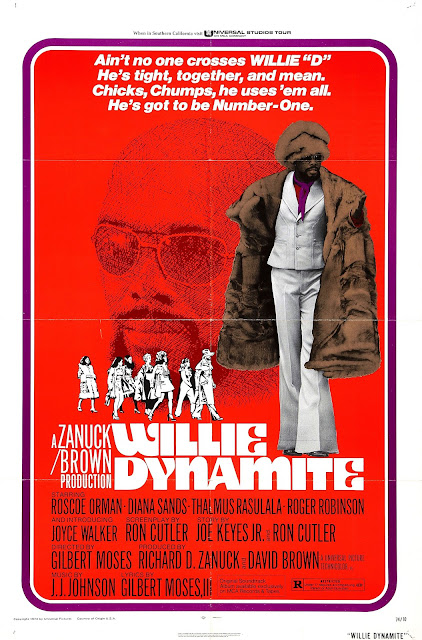 Buried within the blaxploitation film genre are some real gems of low budget filmmaking. I first discovered them when I spent most of my time hanging out on the streets of downtown Cincinnati as  a teenager and have seen many more--both gems and NON-gems--since we got cable, VCRs and later the Internet. WILLIW DYNAMITE is one I wrote briefly about at BOOKSTEVE'S LIBRARY back in 2005.Here's a slightly revised version of that piece. 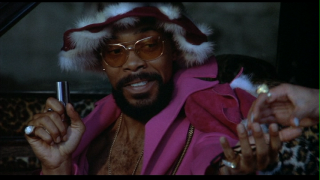 WILLIE DYNAMITE, when remembered at all, is usually remembered as the blaxploitation film that starred SESAME STREET's "Gordon." It does, indeed, star Roscoe Orman and it is more than a tad disconcerting to watch him talking about "m'bitches" but to lump this picture in with the average blaxploitation movie is unfair. 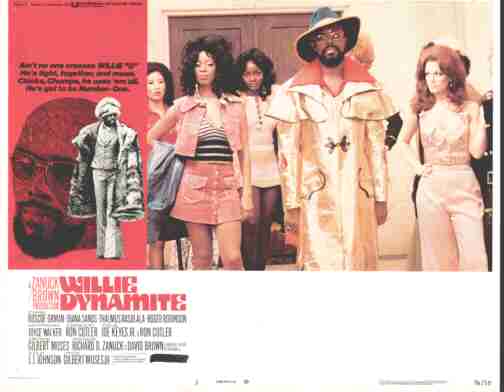 From the producers who would later bring you such A list titles as JAWS and DRIVING MISS DAISY, WILLIE DYNAMITE offers us a very human performance by Orman, then a New York Stage actor (SESAME STREET had started a few years earlier but Orman would be the third Gordon) as a street pimp dealing with a lot of real world issues. Diana Sands, already dead of cancer by the time the film came out, lends even more class to the production. WILLIE DYNAMITE turns up on cable from time to time and I recommend you watch it if only for its novelty value...but if you do, you may be surprised how good it turns out to be. 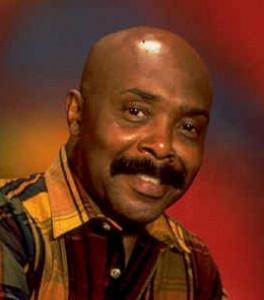 Trivial aside: The SESAME STREET stars used to do mall tours, offering three shows a day of "One of These Things is Not Like the Other" and other familiar songs.When I was managing a mall bookstore back in the 1990s, we got soooooo tired of those songs! Once, though, I was taking out trash when I caught Roscoe Orman sneaking a cigarette out by the trash compactor between shows! For the few moments I interacted with him, he was a very gracious gentleman. He's also a better actor than he'll probably ever be credited for!