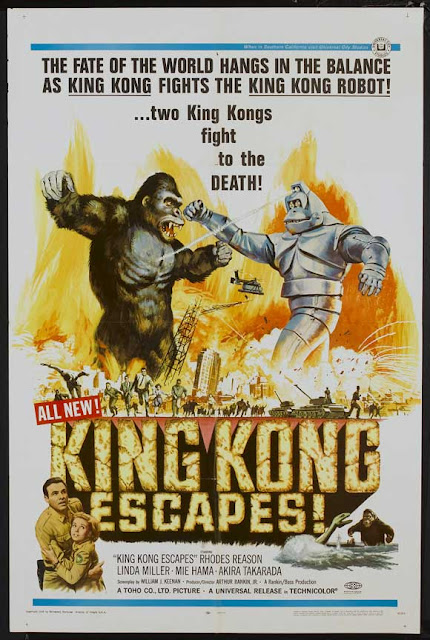 According to IMDB, KING KONG ESCAPES was released in the US in the summer of 1968. Thus it would not have been my very first exposure to Kong as I was a fan of the 1967 animated series that aired on TV. Apparently that series was co-produced by Toho who had resurrected King Kong for its 1963 KING KONG VS GODZILLA epic. The original wasn't shown on TV at the time and I had yet to discover monster mags so I had no idea that Kong hadn't ALWAYS been an obvious man in a big hairy suit. 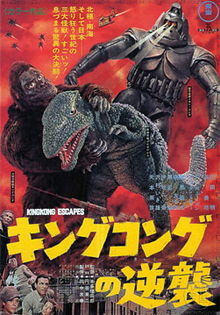 The film features the evil Dr. Who (no relation) and his creation Mecha-Kong. Apparently this robot ape was popular as there would later be a Mecha-Godzilla for a few films as well. 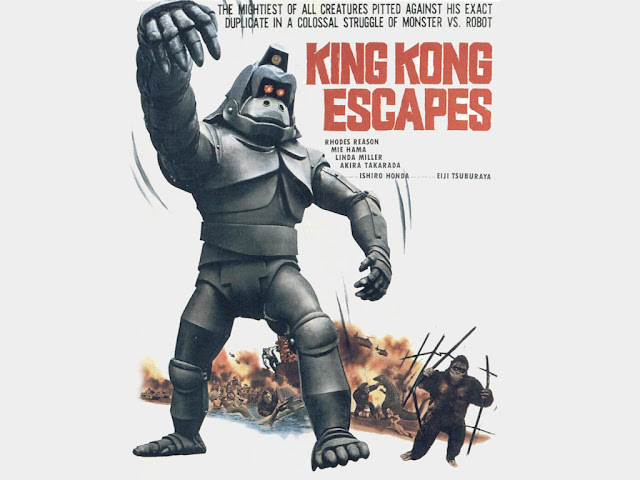 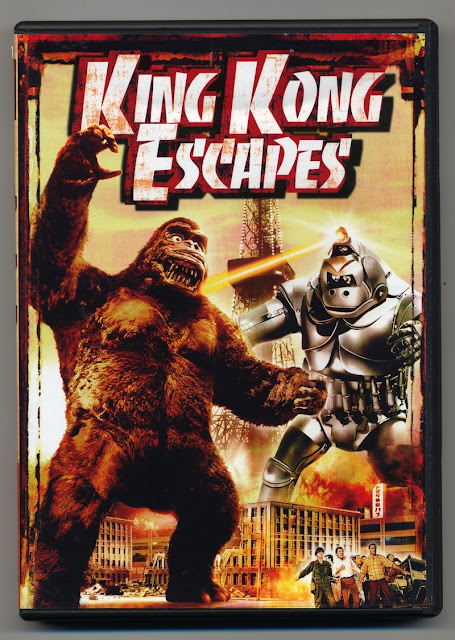 It was around 1972 when KING KONG was re-released and I was finally able to see the wonder of the original, stop motion version. But I've always held an affection for this guy. 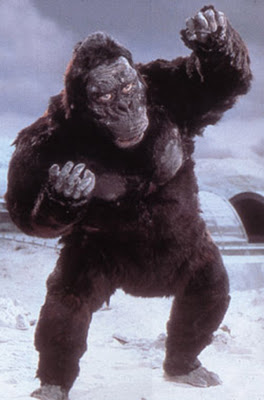