The Legend of Hell House 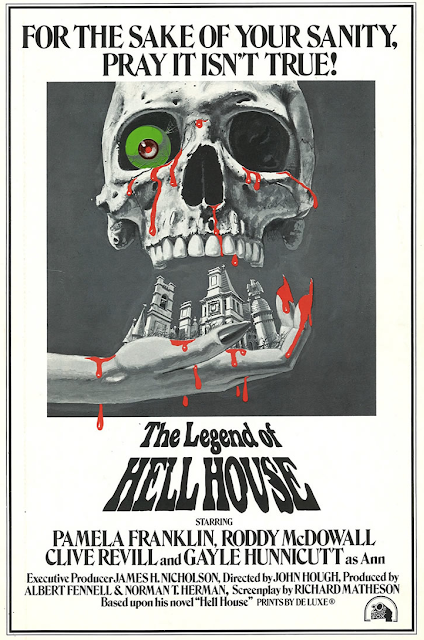 By 1973, after three APES movies, I was counting Roddy McDowall as one of my very favorite actors and I was anxious to see THE LEGEND OF HELL HOUSE. So, of course, it doesn't open anywhere close. Eventually Terry and I had to take a long bus ride to the nearby town of Ludlow to catch it at a Sunday matinee. As ghost stories go, it became my favorite until POLTERGEIST some years later. The film was written by Richard Matheson from his own book which gives it a familiar TWILIGHT ZONE feel as he wrote many memorable episodes of that series.

Posted by Booksteve at 3:00 AM