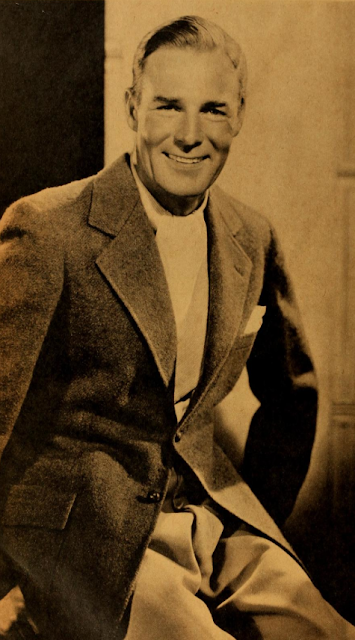 Randolph Scott was another favorite of my Dad's. I discovered his westerns and his comedies in the early seventies but I had already seen him opposite Shirley temple years before that.

I've been watching a lot of Randolph Scott pictures today on NetFlix and YouTube, keeping them up in the corner of my screen as a type a project. I've seen SHE, TEN WANTED MEN and THE TALL T. I may watch GUNG-HO next. More a great screen presence than a great actor, Scott, like John Wayne, seemed to carve out a unique niche for himself in films and thus nowadays never really seems to get the credit he's due as a major star.

Posted by Booksteve at 3:30 PM