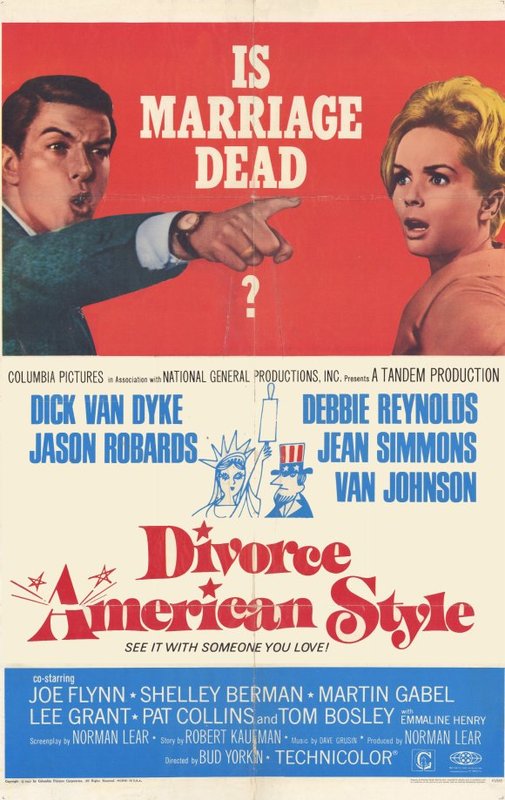 Although I have been a fan of Dick Van Dyke's movies going all the way back to MARY POPPINS, I had never actually seen DIVORCE AMERICAN STYLE until last night...and I liked it. Oh, I didn't care all that much for the story. It was predictable every step of the way. Long-married couple fights, break-up, head for divorce and then reconcile.  Seriously, how could one NOT see that coming. No, what I liked about it was that it was NOT a typically silly sitcom movie like so many other from that period. This was, after all, a Norman Lear-Bud Yorkin production! They, of course, are the team that would soon enough revolutionize television with "realistic" character comedy on ALL IN THE FAMILY, SANFORD AND SON, MAUDE, ONE DAY AT A TIME, etc,--all shows not afraid to find humor in major, serious issues. They were doing already here in 1967. The film addresses divorce as it existed at the time (vastly different than today's version), prostitution and somewhat frankly discusses--or at least acknowledges the existence of--sex.

Dick is pretty good although perhaps a little TOO Rob Petrie-like. Debbie's normal vivaciousness is toned down a few notches. The great supporting cast, though, included Tom Bosley as a divorced father having trouble keeping track of his and the other divorced fathers' kids. Tim Matheson who had just voiced TV's JONNY QUEST is in it as are Joe Flynn, Jean Simmons, Jason Robards, Lee Grant, a funny Shelley Berman, Dick Gautier and an almost unrecognizably thin Martin Gabel. Famous hypnotist Pat Collins gets good billing, too, as the film's climax is built around her act. There are even a couple of famous cartoon voices in there for discerning listeners!

The individual set pieces are quite well done such as the pre-credits sequence with the man conducting the neighborhood arguments, the kids NOT being traumatized, cleaning out the bank accounts, the cars returning home at dusk. Very nicely directed and at times reminiscent of Jacques Tati!

Sadly, it's the lead characters themselves that never really draw us in. By the end, I was glad they had reunited but it wasn't exactly a surprise. Yorkin followed up this promising film with Alan Arkin's INSPECTOR CLOUSEAU, another film with just ssssssomething missing! In that case though, what was missing was Peter Sellers. Dick followed it up with the fun seasonal hit, FITZWILLY. Oddly enough, Debbie followed it up with HOW SWEET IT IS!, a very similar if more traditional film but with a better role for her. It was directed by Jerry paris, best known for directing...THE DICK VAN DYKE SHOW. 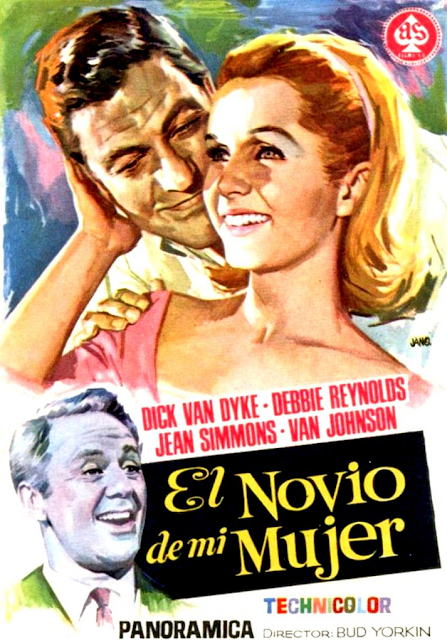