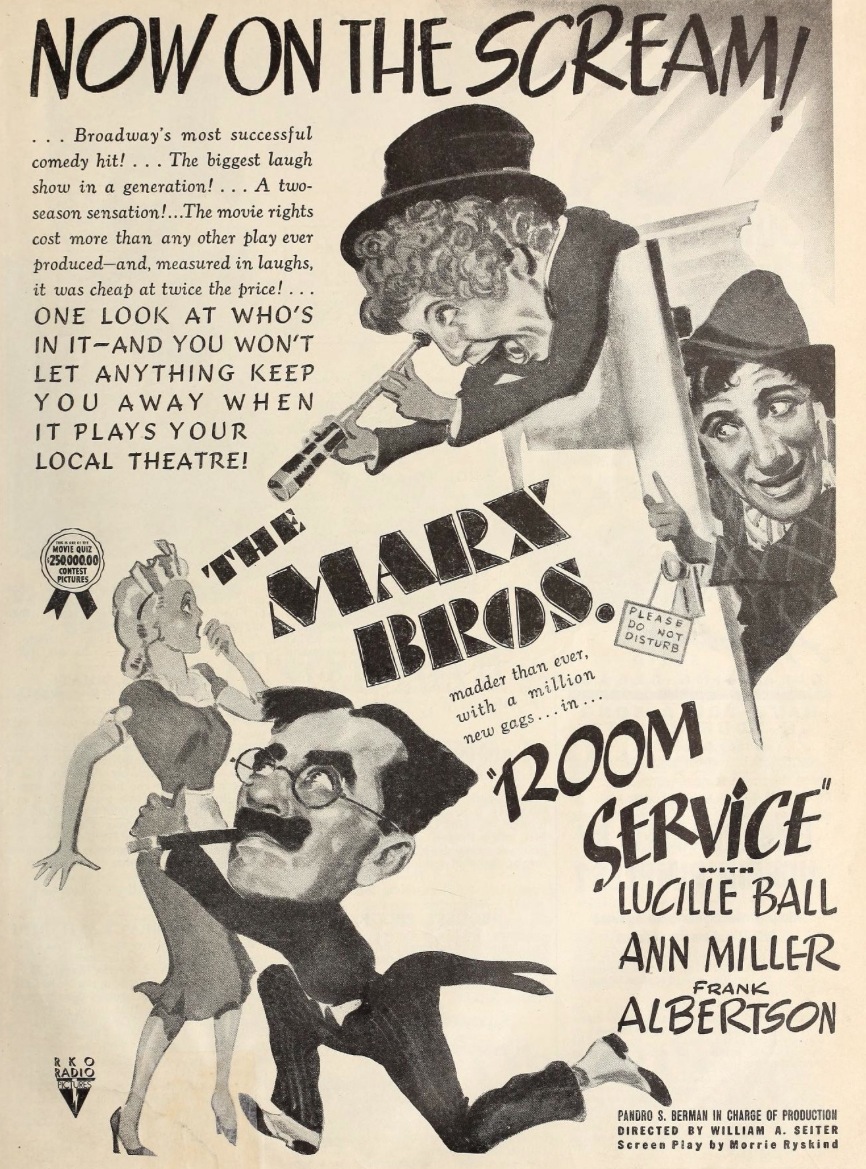 I grew up knowing who Groucho Marx was. I saw the final episodes of YOU BET YOUR LIFE and then years and years of reruns. I saw TELL IT TO GROUCHO and I saw him on various variety shows, talk shows and even IN DREAM OF JEANNIE. I remember having "Groucho glasses," with the fake mustache attached, and running around with a black crayon cigar raising my eyebrows.

But I never knew he had any brothers.

But I'd somehow never heard of them! Then one day circa 1972, I caught a  local re-release of 1938's ROOM SERVICE starring Groucho and the brothers I didn't know he had! Or at least 2 of them!

What th...? Was that mustache...PAINTED ON??!! And why wasn't that other guy saying anything? And the 3rd guy? Groucho's brother was an Italian? I was SO confused!

I knew Lucy, of course, and even Ann Miller from TV. But this whole thing seemed a bit of an anarchic mess! What was all the fuss about? These guys weren't much of a team at all, and the material seemed ill-suited to them.

As I found out...it WAS. ROOM SERVICE had been a hit non-Marx stage play that RKO bought as a vehicle to borrow the Marxes who were on the outs with MGM after 2 big hits. It was a poor choice and, knowing what I know now, I'd bet that Chico's legendary debts had  much to do with the others agreeing to do the film.

Other, better Marx films were re-released throughout the rest of the decade and I became quite the aficionado...but not because of ROOM SERVICE.
Posted by Booksteve at 11:18 AM