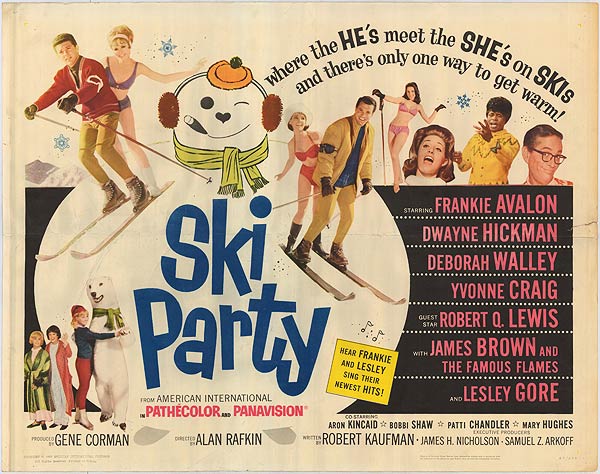 A movie that always makes me feel good is SKI PARTY. It's NOT a good movie, though. It's a mash-up of a Frankie and Annette beach movie (Annette has a cameo), Billy Wilder's SOME LIKE IT HOT and The Beatles' HELP. The personable cast includes Frankie Avalon and Dwayne Hickman--always a fun team in spite of how bad their films could get--future Batgirl Yvonne Craig, future co-star of TV's THE MOTHERS-IN-LAW Deborah Walley, bespectacled fifties closet case TV personality Robert Q. Lewis, singer Lesley Gore and, in a most memorable cameo, James Brown, the Godfather of Soul! Brown randomly shows up with his band The Famous Flames at the whiter than white ski lodge in the whiter than white snow with the whiter than white teens! Suuure! 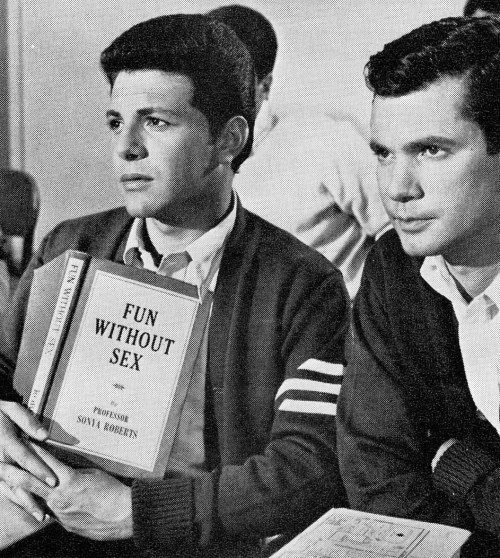 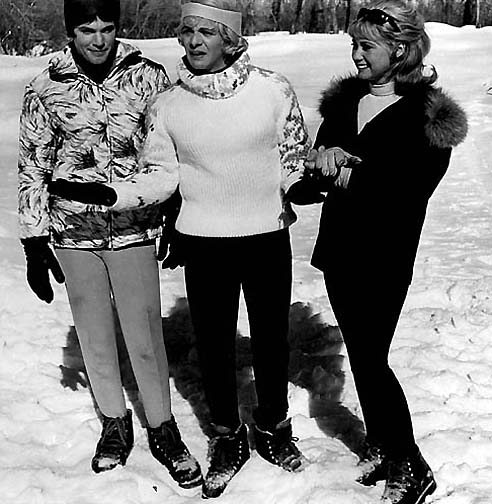 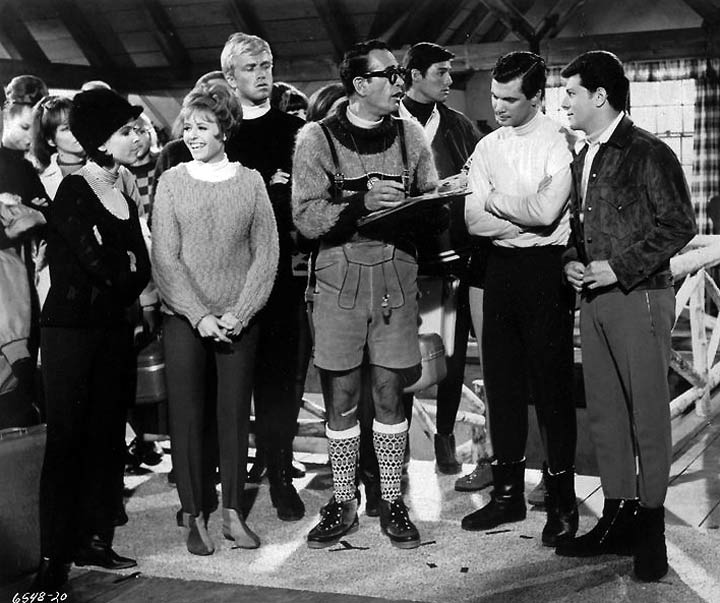 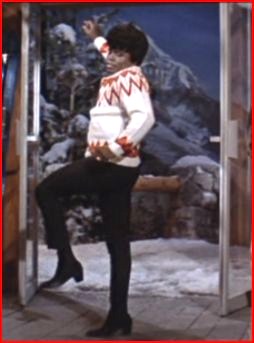 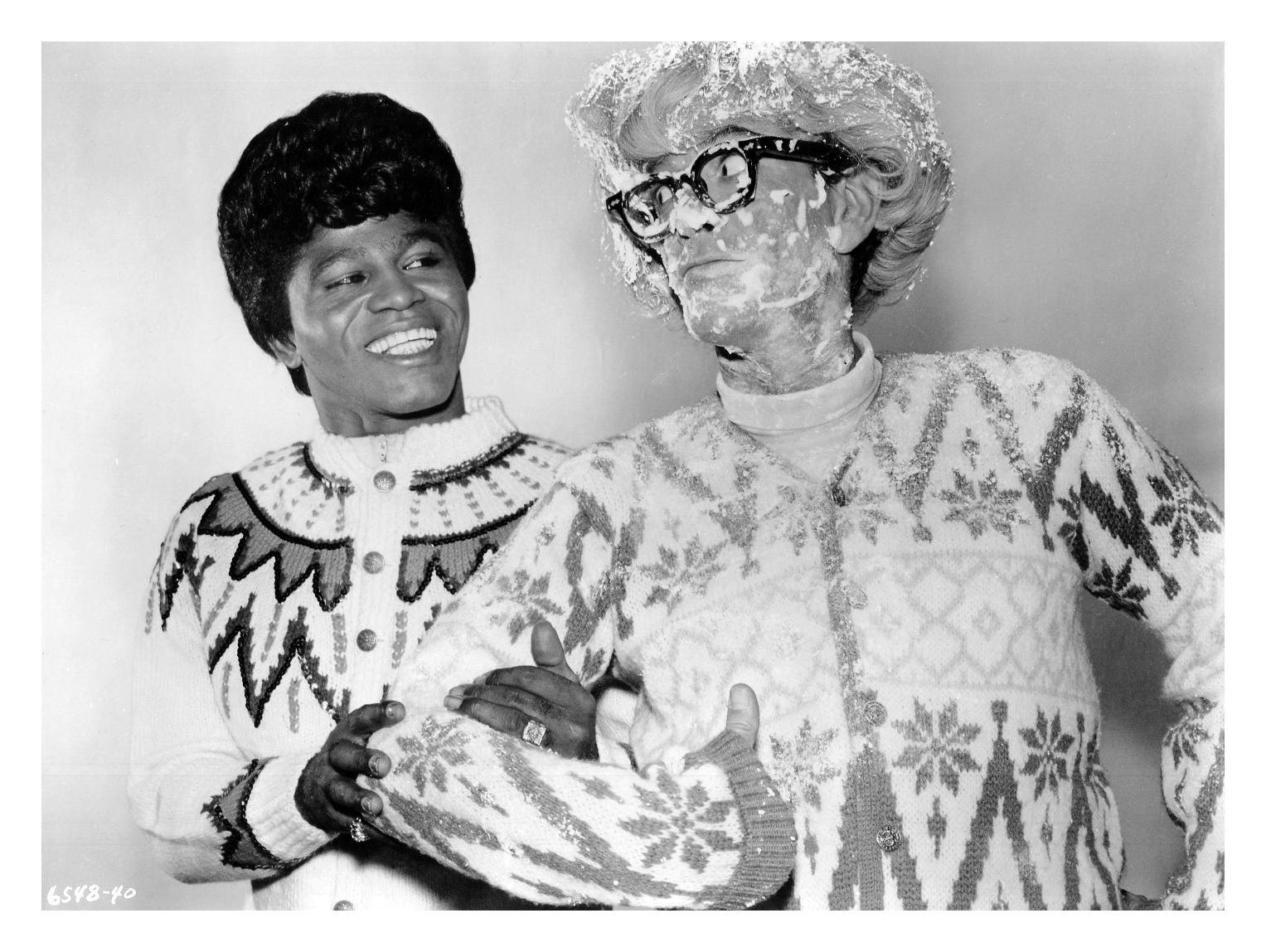 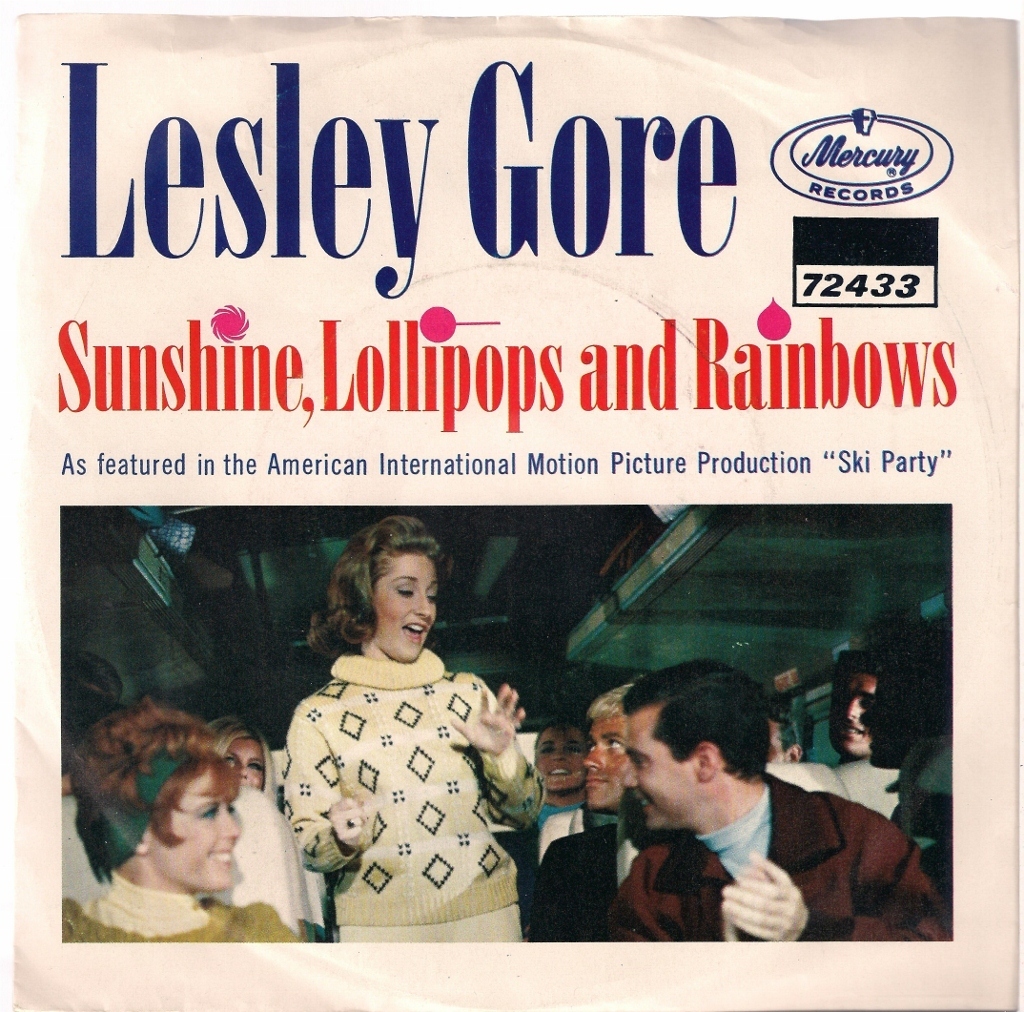 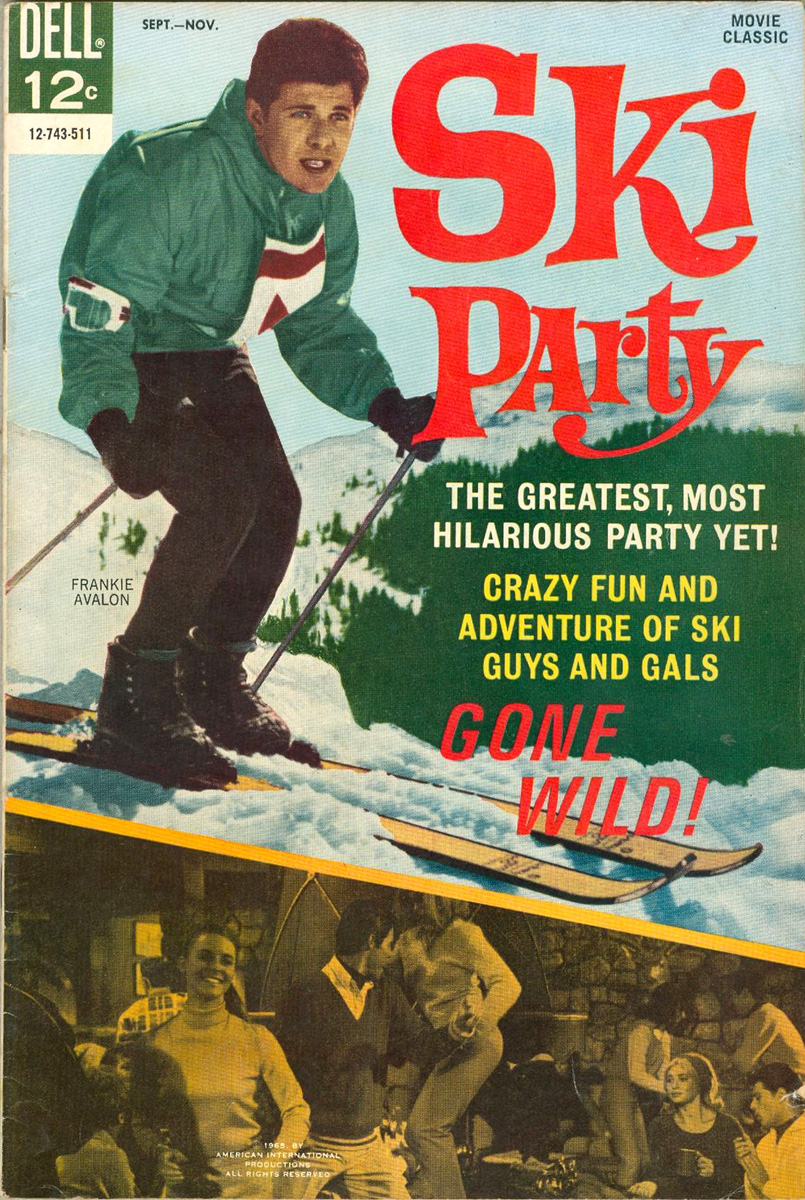 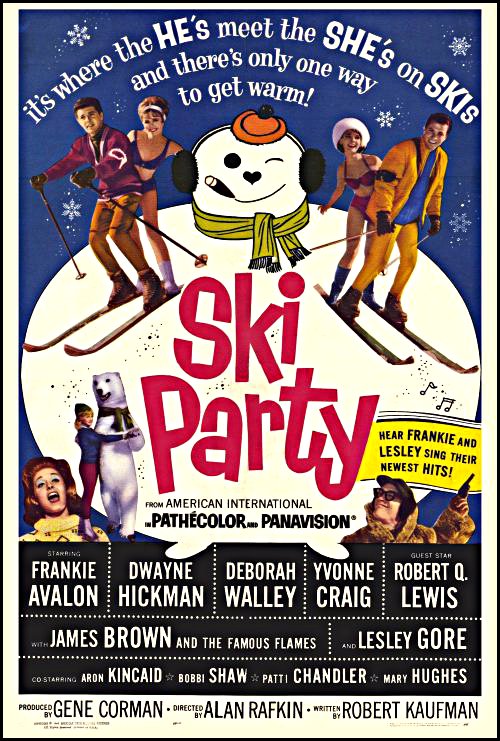 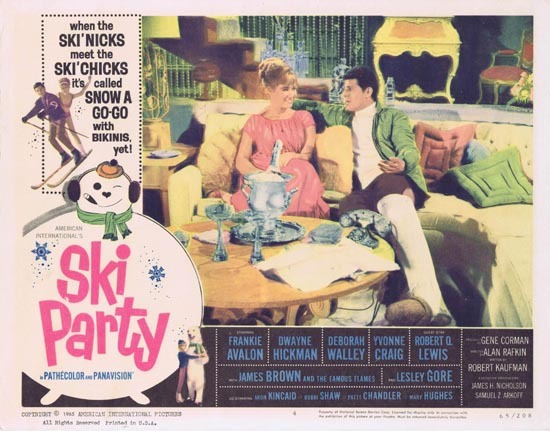 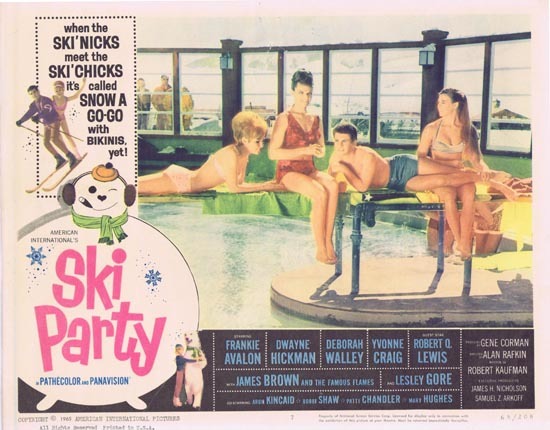