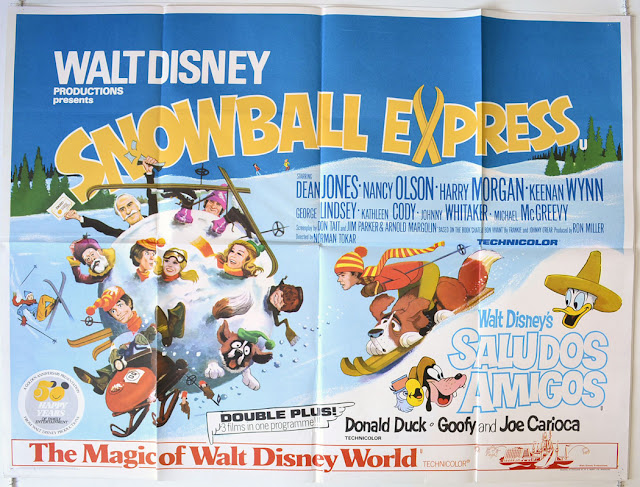 I saw SNOWBALL EXPRESS in theaters twice when it first came out. Once I went by myself and a week later when it was still playing, I took my Mom because I thought it was THAT enjoyable. 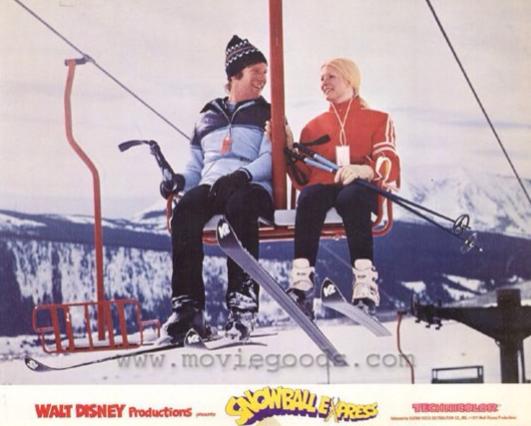 One of my friends on Facebook these days is Michael McGreevey whose name is oddly misspelled on the posters for this film! Yesterday, his co-star, Kathleen Cody (now also  FB friend) posted about the movie online. 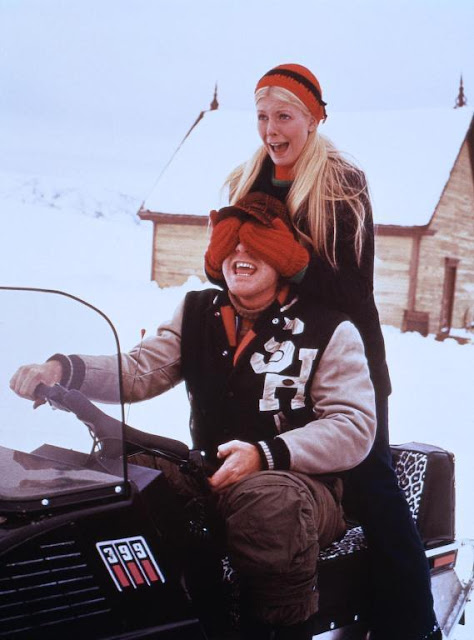 I had such a major crush on Kathleen Cody from her appearances on DARK SHADOWS not long before this picture. Earlier this year, I was able to tell her that online. (Blush) 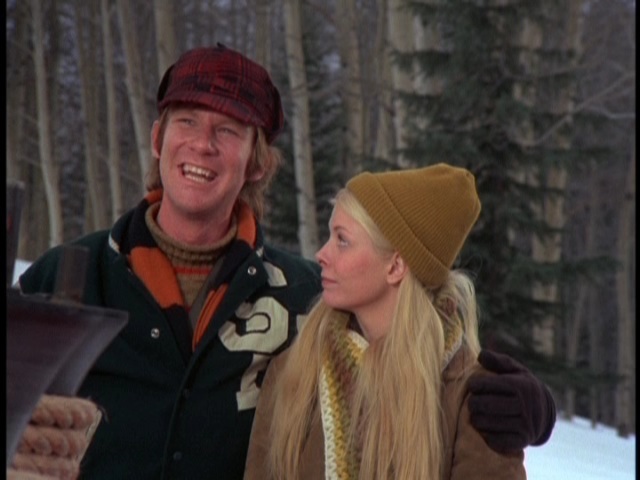 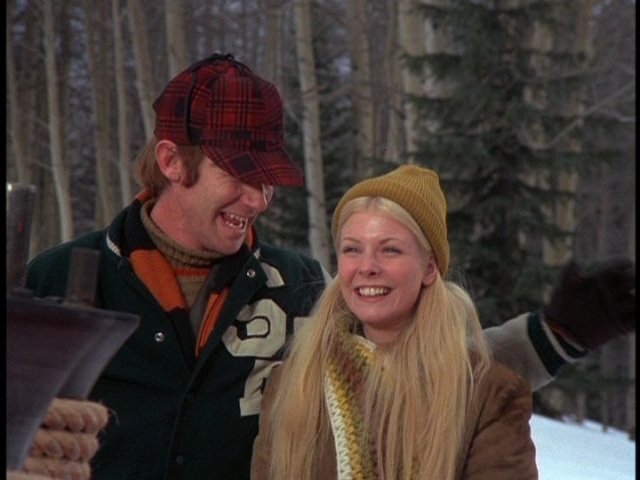 Dean Jones once called me on the telephone and Johnnie Whitaker and I spoke once online as well. So odd to watch this movie again last night for the first time in decades with all those connections. 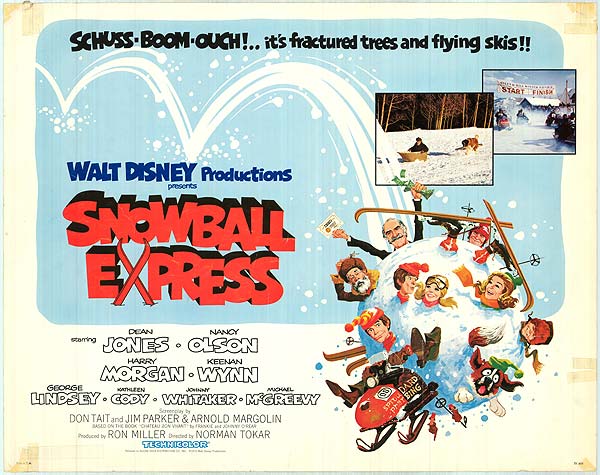 Although quite enjoyable all the way, it's a family film with fairly predictable Disney schtick but the script actually surprises with some genuinely funny bits along the way. 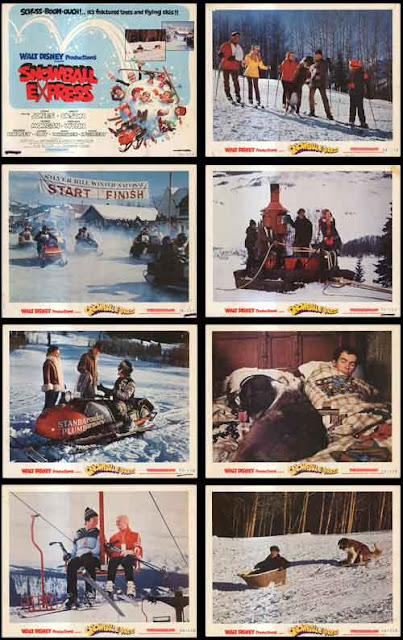 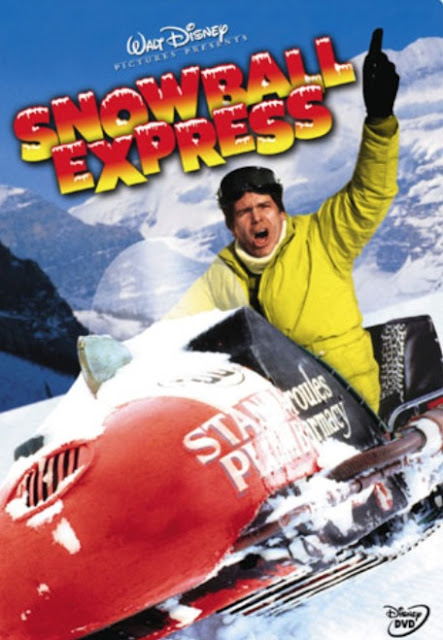 According to Michael, the dog was not a performing dog at all but, he believes, Diane Disney's actual dog. "St. Bernards are just naturally funny," he says. 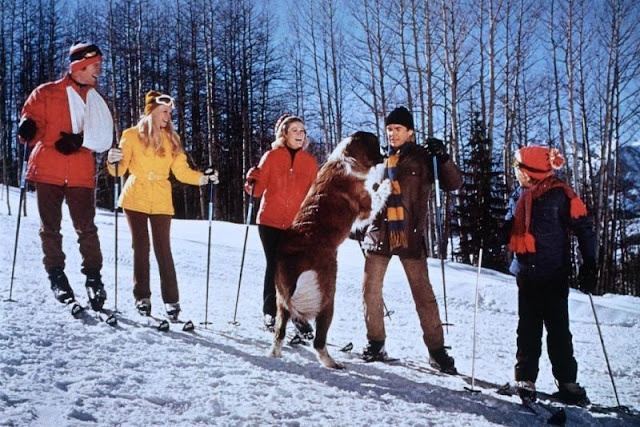 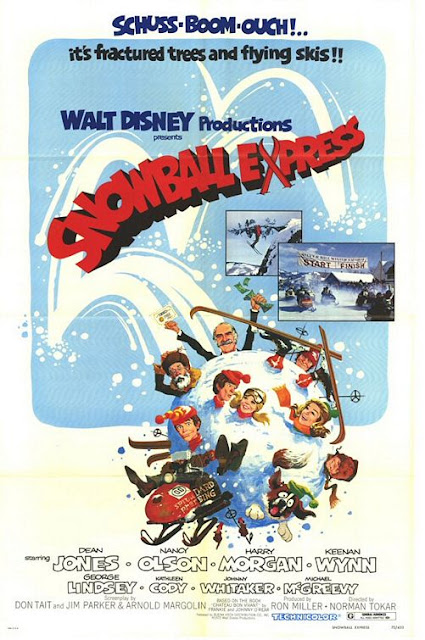 If you find yourself snowed in this winter, find a copy of SNOWBALL EXPRESS for good old-fashioned family fun...and the best snow scenes ever! 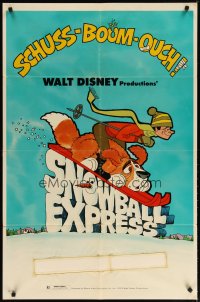 Thanks Michael and Kathleen for getting me to watch it again and enjoy it all over!