The Nightmares of Oz 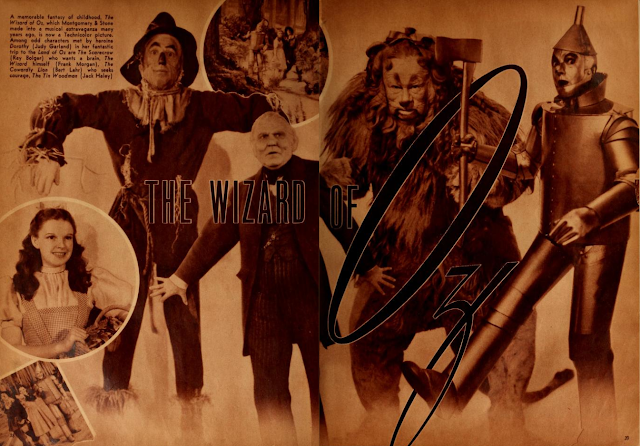 Another early memory of mine was watching THE WIZARD OF OZ on television year after year after year. I must have seen it 15 times before I decided I had it memorized and didn't really need to watch it anymore. But even then, I bought it when it came out on home video in the eighties.

That said, those early showings gave me nightmares! In particular, I recall waking up screaming that Miss Gulch was going to get me! I also had issues with the fireball thrown at the Scarecrow and poor Dorothy trapped in the witch's castle longing for home.

We'll revisit MGM's WIZARD OF OZ in time. Seen above is a double page plug from a movie mag of the day.