Elmo of the Apes 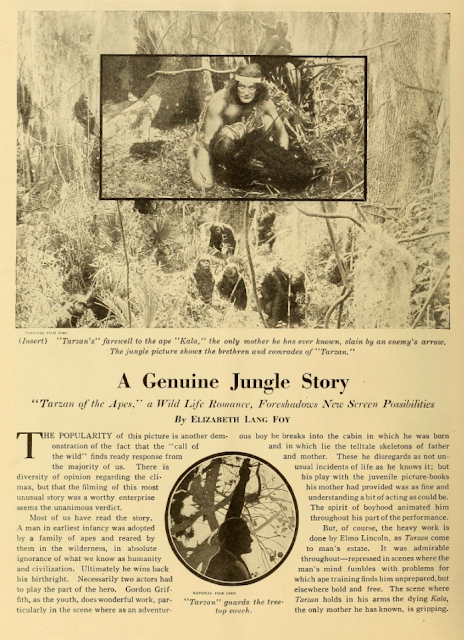 I had grown up with Johnny Weissmuller Tarzan movies on television for as long as I could remember. I was a big fan. Thus, it was a major reason to be excited when one local station announced that they would be showing the very first, original, silent TARZAN OF THE APES one Sunday afternoon in the early seventies! It starred someone named Elmo Lincoln who neither looked nor acted like Weissmuller, the Adonis-like former swimming champion. In fact, he looked more like my perception of a caveman!

It was a treat but a novelty as well, watching a movie as ancient as that one! Why, it was more than 50 years old! As a teenager it was hard to imagine watching or even caring about films that old. Why, today that would be like watching and enjoying the first James Bond movies! Oh, wait...

Elmo played Tarzan three times , left Hollywood, then returned as an extra. As such, he appeared in small roles in two later TARZAN movies starring...Johnny Weissmuller.

Elmo Lincoln died in 1952 at what now seems the relatively young age of 63.

At top is an original review of Elmo Lincoln's TARZAN OF THE APES as published in 1918. 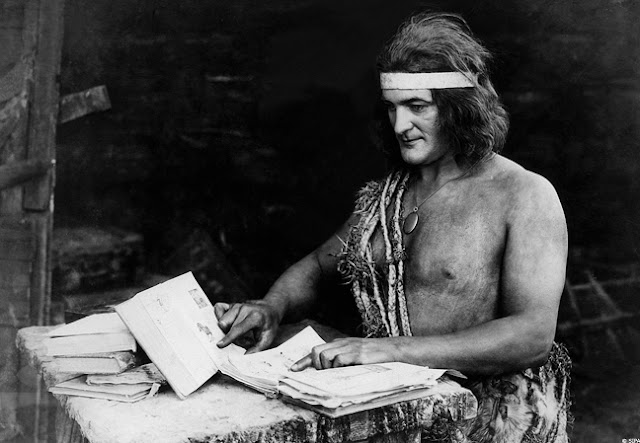 Posted by Booksteve at 4:44 PM