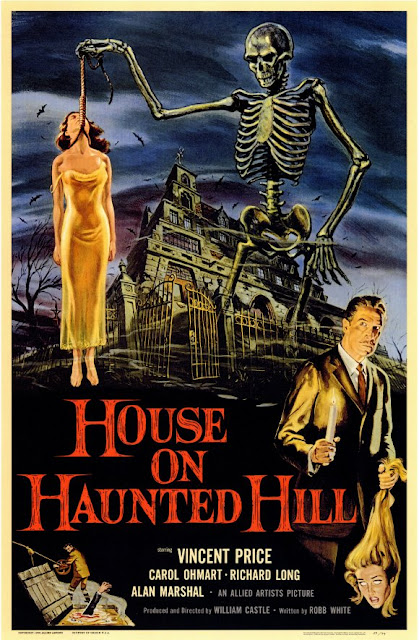 Like most good parents, mine tried to keep me away from horror movies. Like most kids, I found them anyway. In my case, I couldn't have been more than 5 or 6 years old when I discovered 1959's HOUSE ON HAUNTED HILL on early morning television before my parents got up. 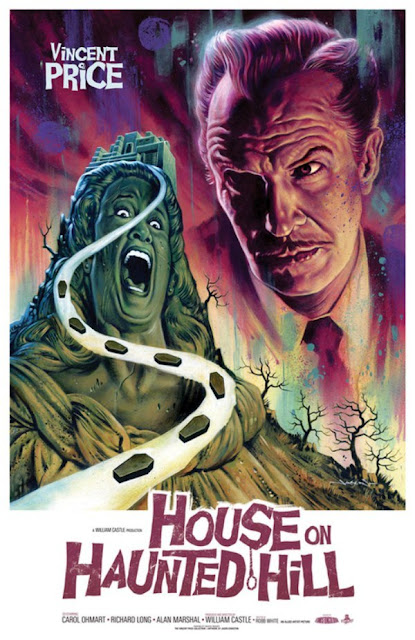 HOUSE ON HAUNTED HILL is a low budget, black and white suspense thriller with a few genuine chills. At that time, though, EVERYTHING I saw on television was in black and white since we didn't have color TV until 1968. 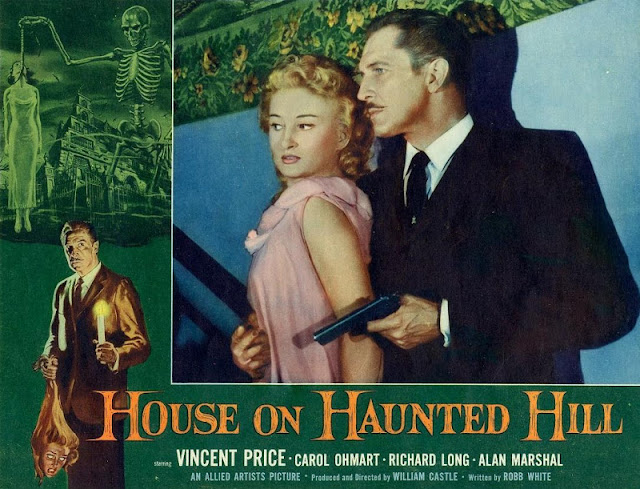 The supporting cast includes handsome Richard Long and a man whom I would eventually discover as one of teh great character actors, Elisha Cook, Jr. 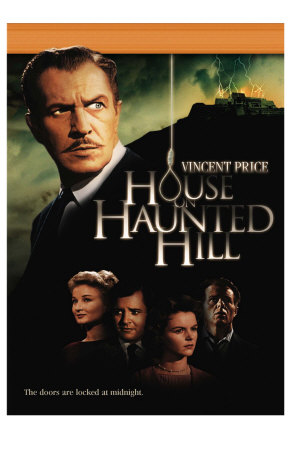 The movie was made by William Castle, a sort of second-tier Hitchcock known for his gimmicky pictures. This one's gimmick, lost on later television viewings, was Emergo. With Emergo, at various points, items would fly out into the theater as if off the screen, in theory giving filmgoers an extra shock. 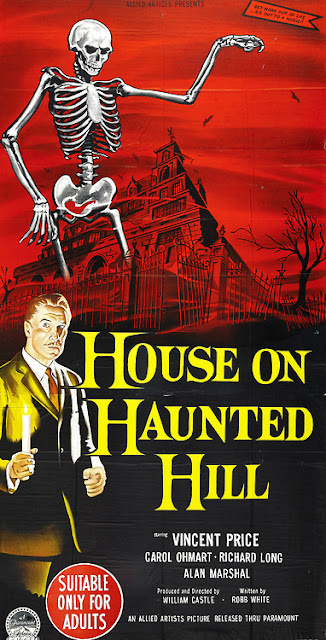 Vincent Price was everywhere in the sixties and I may have already seen him on television but this was certainly the first time I saw him in his element. He plays a millionaire who throws a party in a hilltop haunted mansion, inviting people who need money and promising a fortune to each who survives the night. But all, as they say, is not what it appears to be... 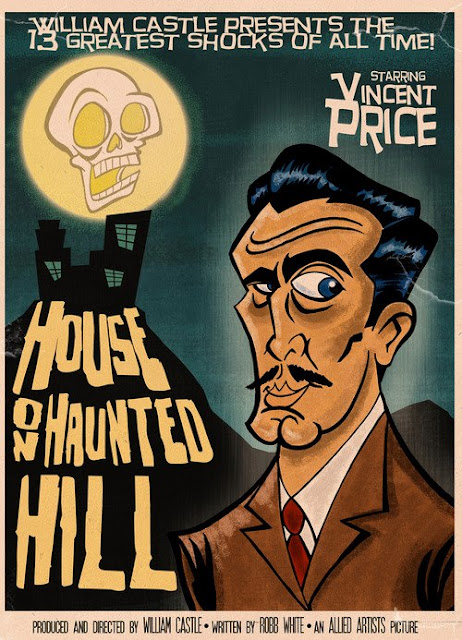 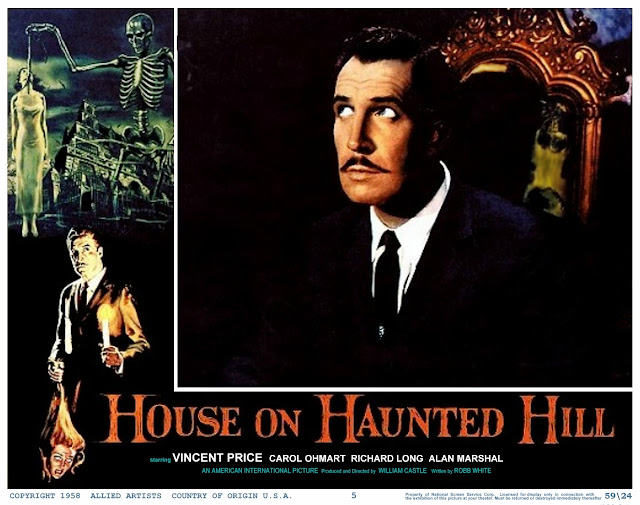 And then there was THIS nightmare-inducing moment!

HOUSE ON HAUNTED HILL has had an unofficial sequel and an official remake but none has come close to capturing the stark macabre feel of the original. It turned up often when I was a child and a teenager and I watched it just about every time. Vincent Price became and remains a favorite actor and I became a horror film buff when my enjoyment of this one led me to seek out others.