My Favorite B Western Cowboys 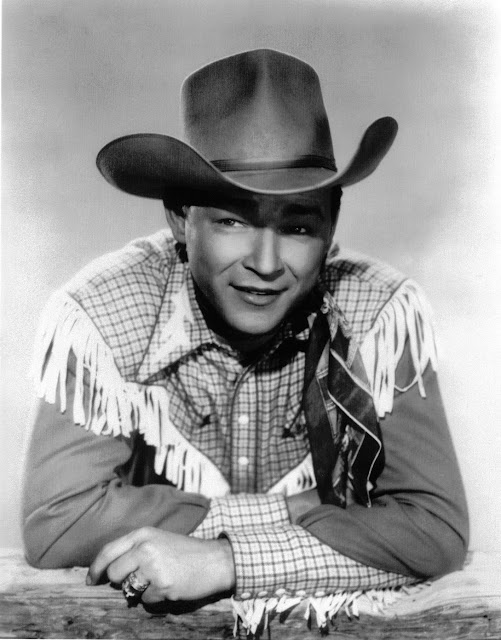 My Dad loved cowboy pictures and I was born in the heyday of the TV western so it was inevitable that I would become a cowboy fan. I was 12 years old, though, before I saw my first of the traditional low budget B Westerns. That was when one local station picked up a package that included a bunch of them. I already had been a big fan of ROY ROGERS form his television series which ran in reruns inti the early seventies! 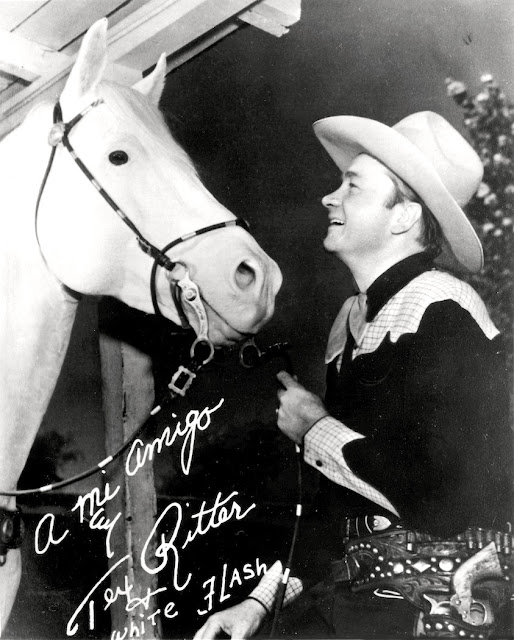 TEX RITTER was a country and western singing star as well as a most engaging presence in films. His son, John, was alreadya  favorite of mine by the time I discovered him. 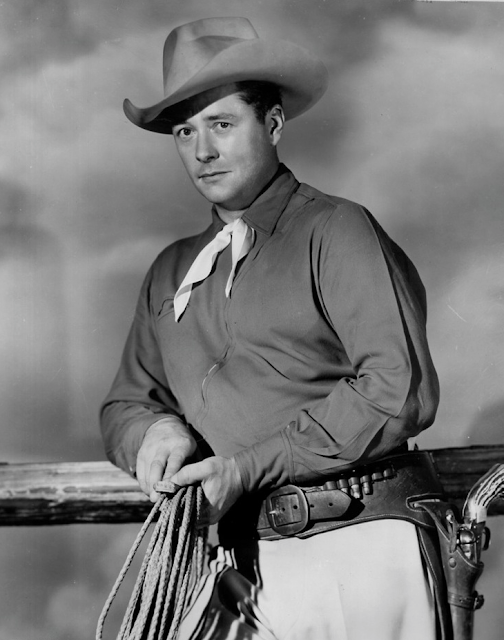 TIM HOLT, above, was the first B western star whose movies I saw. They were shown weekly for about a year. 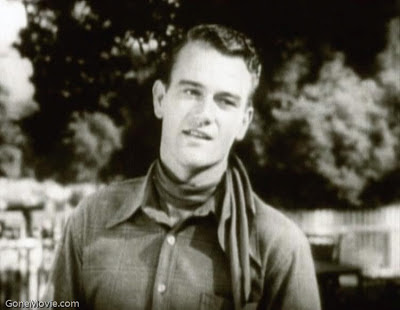 I was already a JOHN WAYNE fan as well since he was still around then and my dad had taken me to see nearly all of his new films throughout my life. 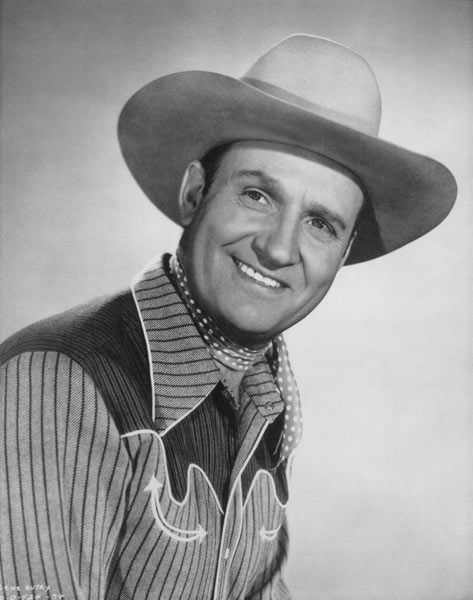 My first exposure to GENE AUTRY was his science-fiction serial, THE PHANTOM EMPIRE, It would be years later before I would catch his flicks when TNN offered a regular slot with Gene and his former sidekick Pat Buttram introducing them. 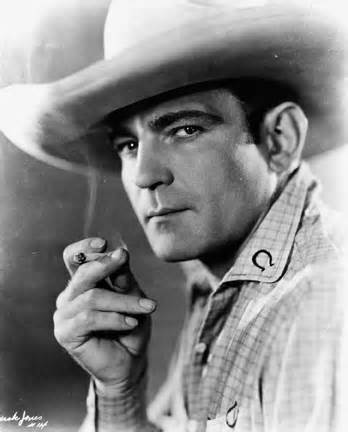 BUCK JONES, perhaps these days more famous for his 1940's nightclub fire death, jumped straight into my Top 5 when I first saw one of his films! 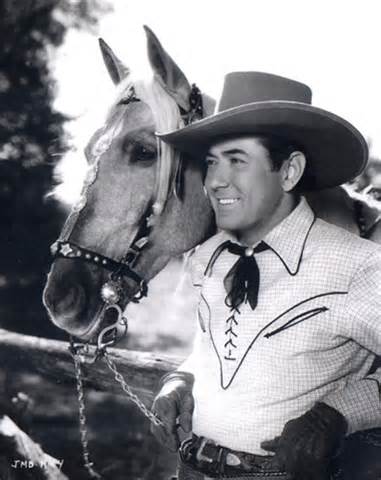 Johnny Mack Brown was a former football star groomed for major stardom by MGM and then tossed aside where he became a popular B movie cowboy star. His popularity persists even today as his are the most popular sellers by far at the DVD site I share! 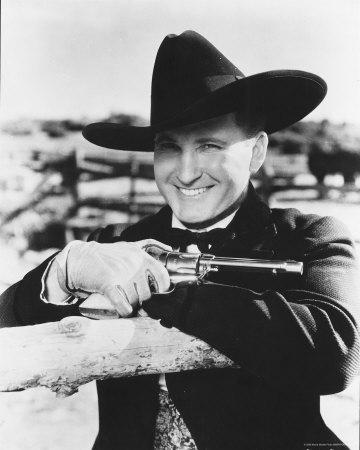 Col. Tim McCoy was a real cowboy who drifted into early films and remained until the forties. He was still around into the mid-seventies when he guested on Tom Snyder's TOMORROW show.