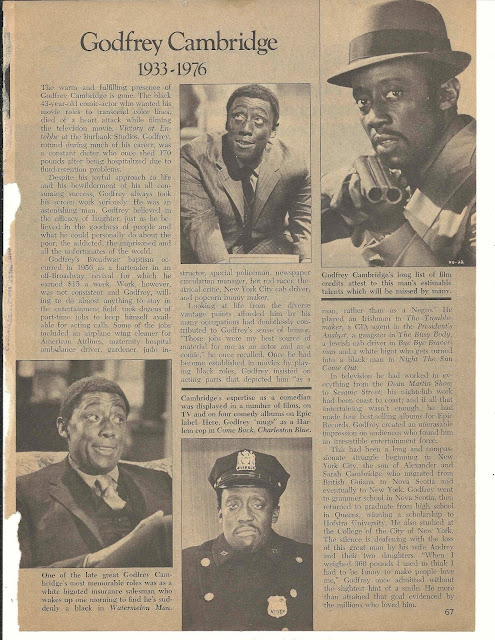 Growing up, I used to see the talented and wonderfully monickered Godfrey Cambridge on TV a lot, either doing standup routines on ED SULLIVAN or sketch comedy with RED SKELTON or acting on everything from THE DICK VAN DYKE SHOW to NIGHT GALLERY. At a time when TV was still pretty whitebread, Godfrey offered a constant presence of color on TV. It was only later when I realized that he was also an impressive character actor in motion pictures, particularly THE PRESIDENT'S ANALYST, COTTON COMES TO HARLEM and COME BACK, CHARLESTON BLUE.  Hard to believe he's been gone 40 years this year. R.I.P.

Posted by Booksteve at 1:07 PM