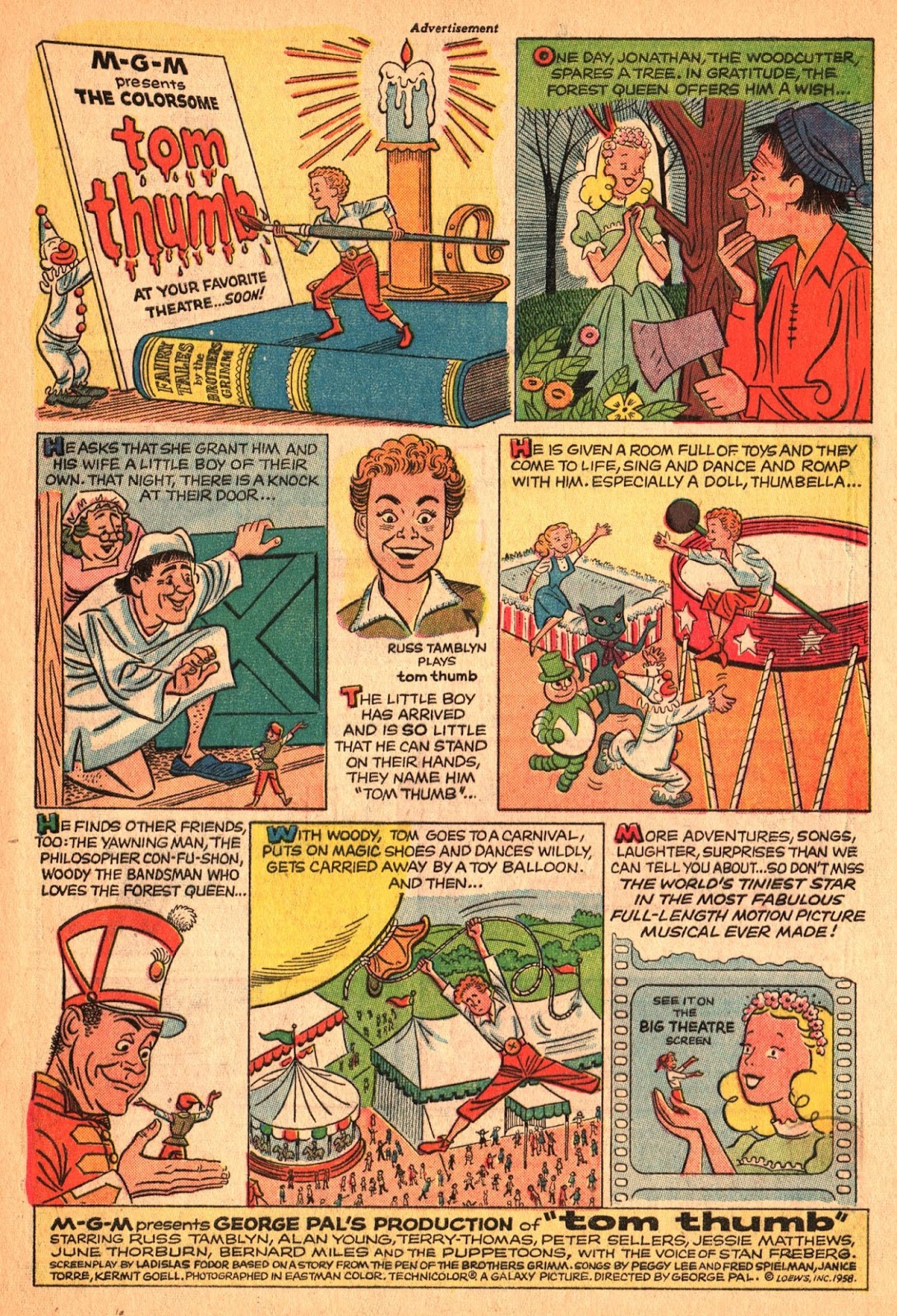 I remember the first time I saw 1958's TOM THUMB. It was on a special children's TV showing early one Sunday evening. I absolutely loved it...but curiously, I don't think I've seen it or even heard much about it since! Young Russ Tamblyn (later of TWIN PEAKS) starred in the title role and he holds his own with legendary scene-stealers including Terry-Thomas, Peter Sellers, Alan Young and even George Pal's Puppetoons (including voicework by Stan Freberg and Dallas McKennon!) Director Pal would produce and/or direct many a unique film throughout his career, starting with stop motion and ending with DOC SAVAGE in 1975. 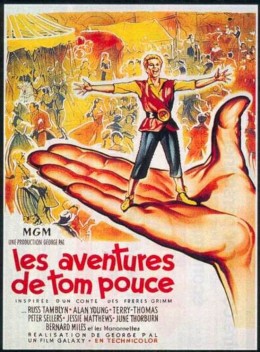 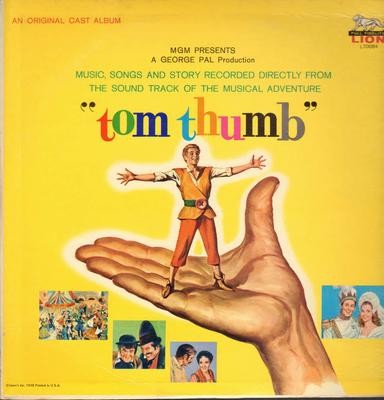 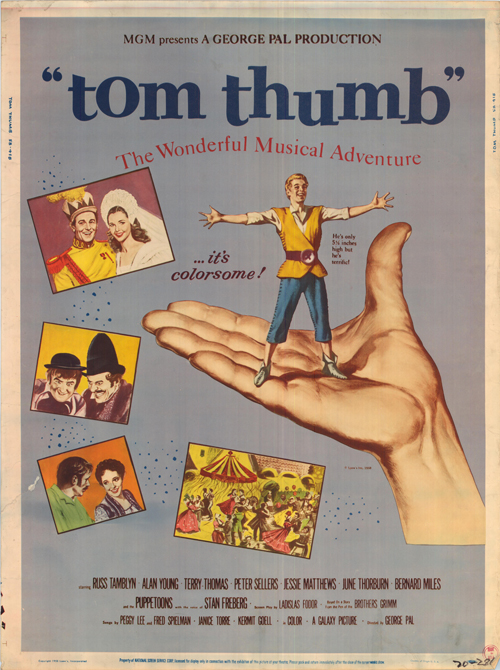 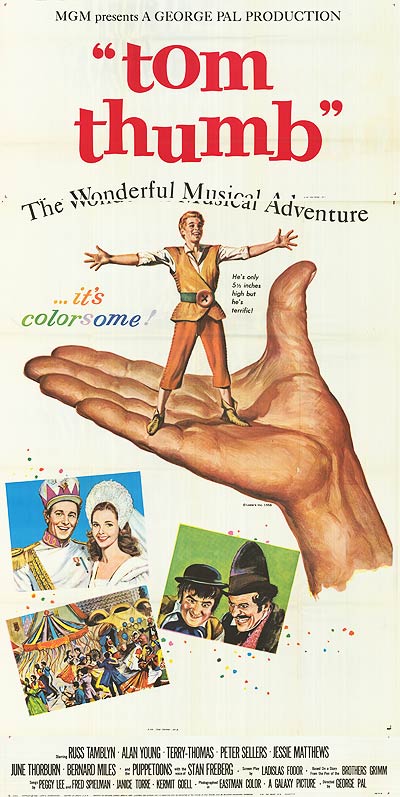 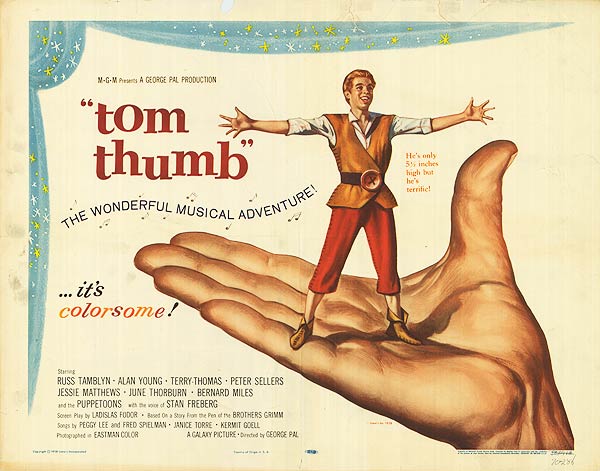 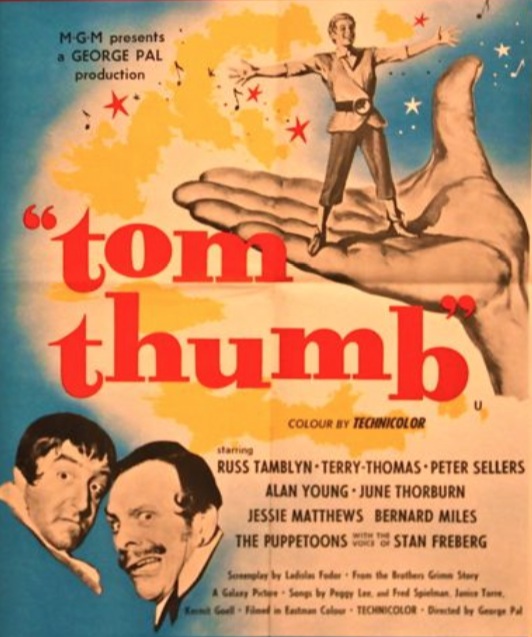 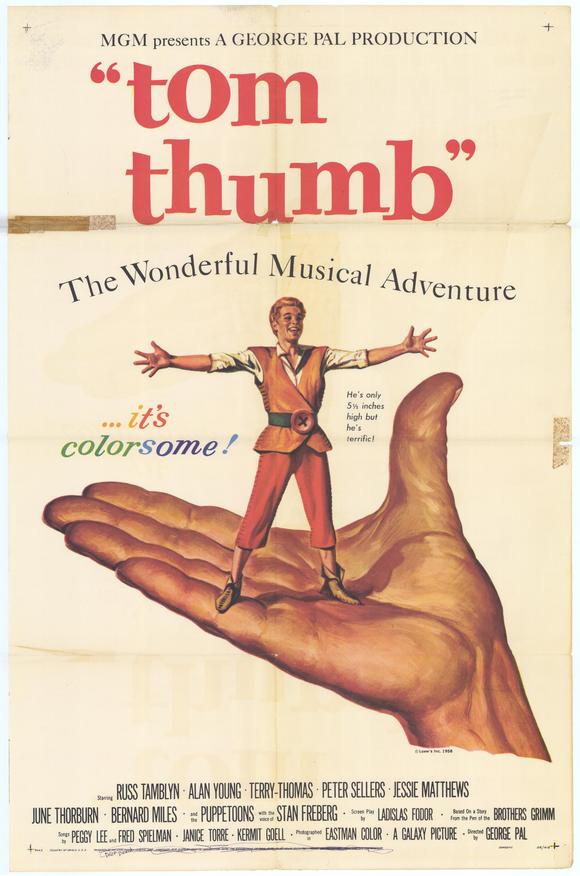 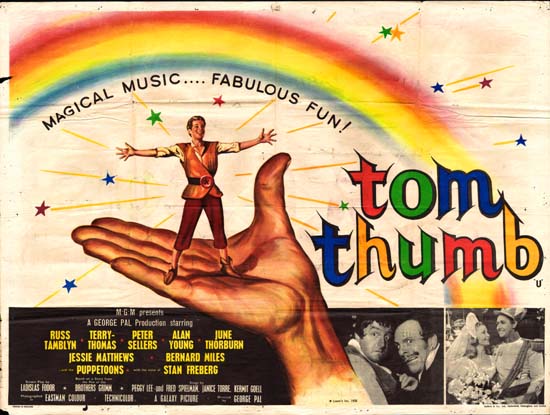