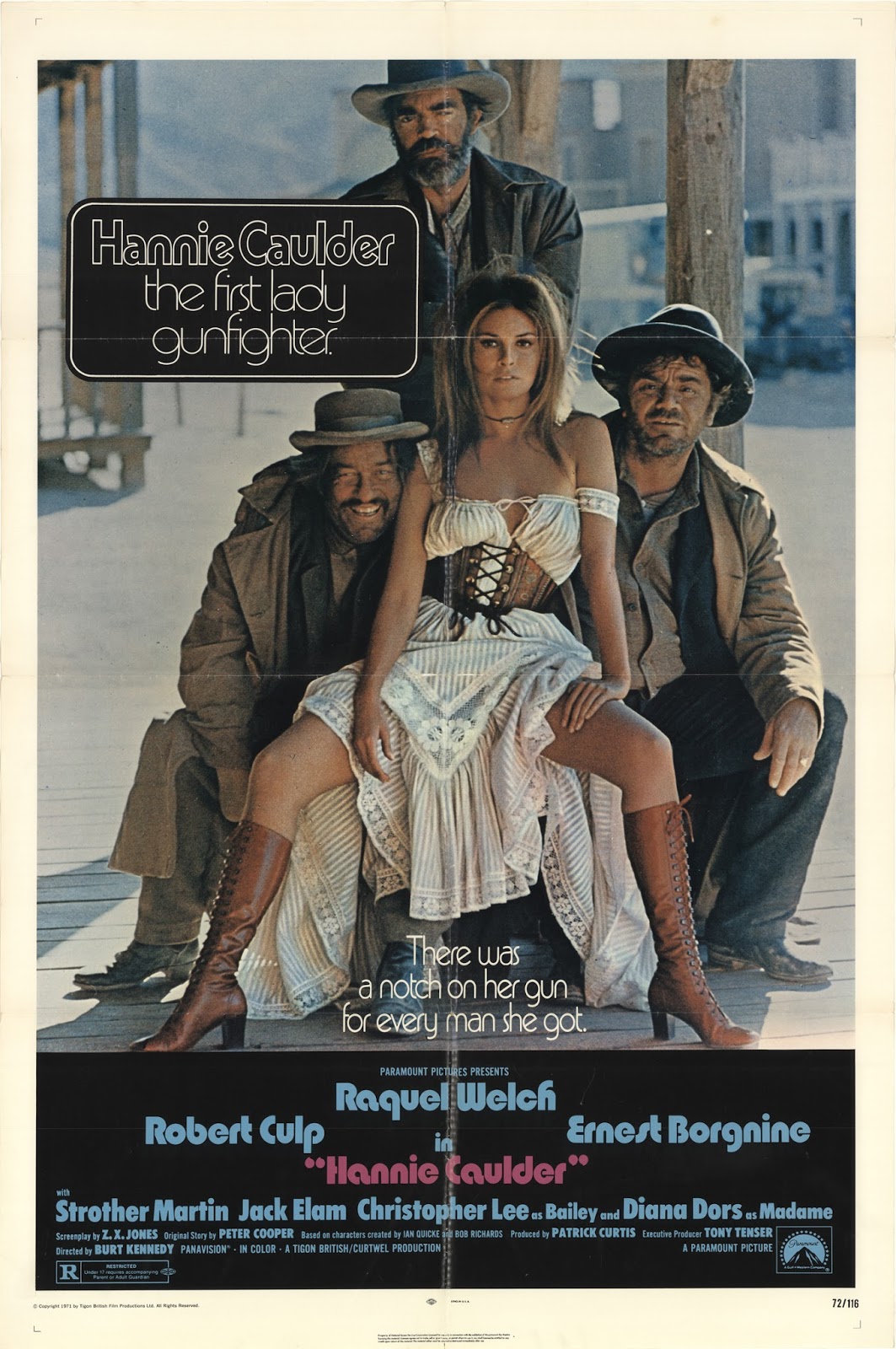 I remember teenage me lying awake the night before I saw HANNIE CAULDER, convinced by the ads that I was going to see Raquel Welch naked all over the place! Raquel actually never once did a nude scene in any of her films but at the time, what did I know?

It was rated R but I had convinced my dad to take me  and what we ended up getting was an odd bird indeed--A fish and chips western!

Produced by Welch's then-husband, HANNIE CAULDER is an English idea of a spaghetti western. And it works for the most part.

The plot deals with a raped woman getting revenge on her attackers. There are some ick moments around that.

The FUN is in the cast. Welch LOOKS good enough that one can discount her not quite yet good acting, especially when she's surrounded by veteran scene-chewers like Strother Martin, Jack Elam and Ernest Borgnine as the villains. Cool Robert Culp plays the hero. Add the unlikely appearances of Christopher Lee and Diana Dors as well as a cameo from Stephen Boyd and then have veteran western director Burt Kennedy stir it all up to a fairly tasty concoction. 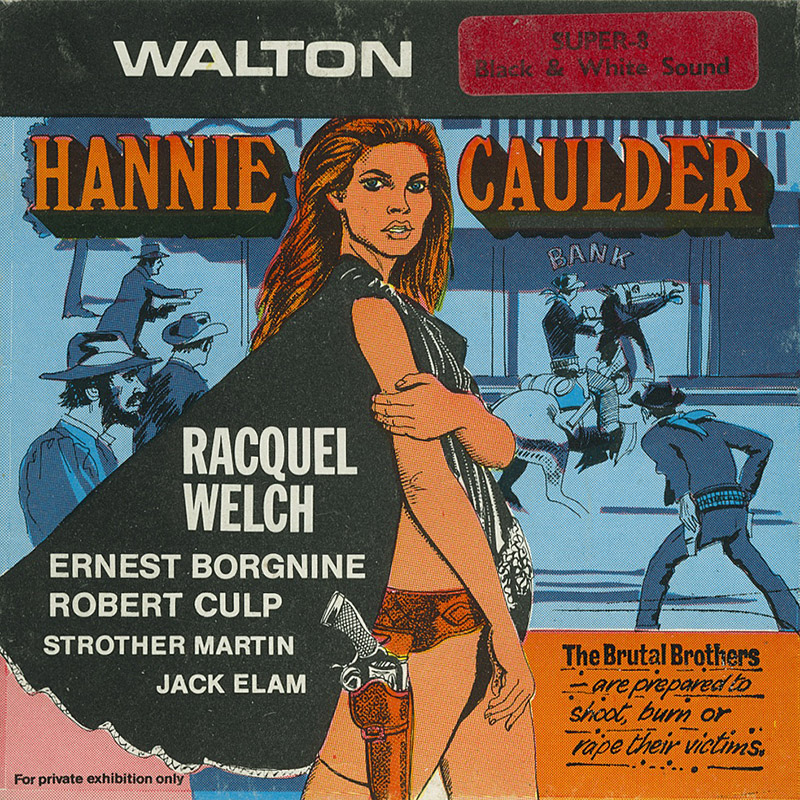 Posted by Booksteve at 9:43 AM