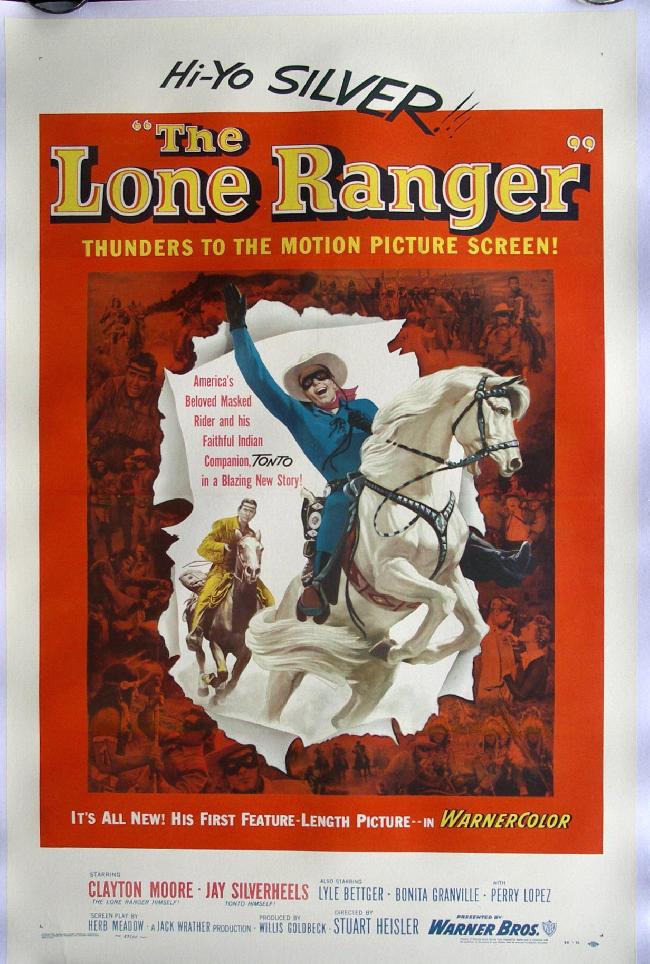 I had known who the Lone Ranger was for most of my life, either from the comics, the cartoons or stray old black and white episodes but one day around 1975, WCPO's EARLY 9 MOVIE was scheduled to show the feature film version from the mid-fifties, THE LONE RANGER. I hurried home from school and arrived in plenty of time for the 4 PM show...only it was one of the rare times in my life that I had forgotten my keys!! I tried to get hold of our landlady figuring she'd have a key but she wasn't home. My parents were both at work for another hour or two. What to do, what to do? Well...I REALLY wanted to see THE LONE RANGER. So I broke the window so I could unlatch it and climb in. Seriously! 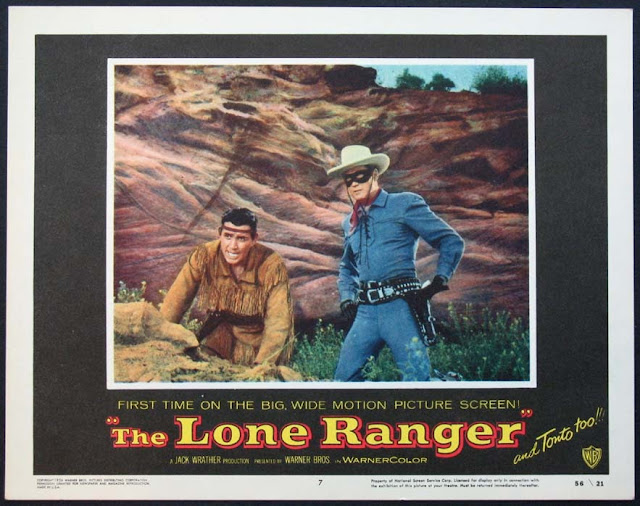 Bonita Granville, by the way, listed as a co-star in the feature, was either married to or got married to Jack Wrather of The Wrather Corporation, longtime owners of the Lone Ranger franchise. It was Jack and Bonita who, 25 years later refused to let star Clayton Moore continue to wear the mask, causing a significant and unexpected public outcry. They rethought their stance and he was allowed to wear it again.

After the success of the first film, a second, THE LONE RANGER AND THE LOST CITY OF GOLD, was made, also starring Clayton Moore and Jay Silverheels. 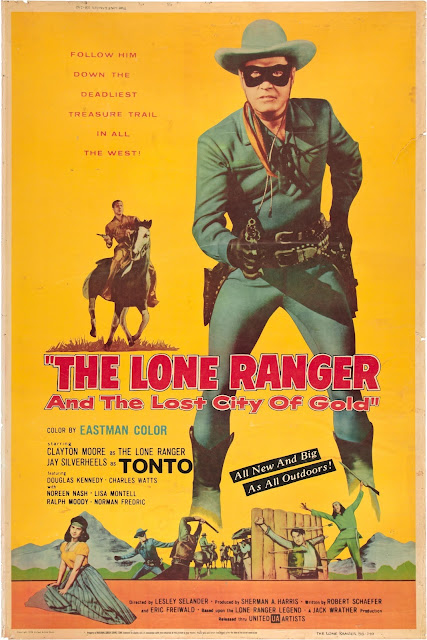 Posted by Booksteve at 4:11 AM