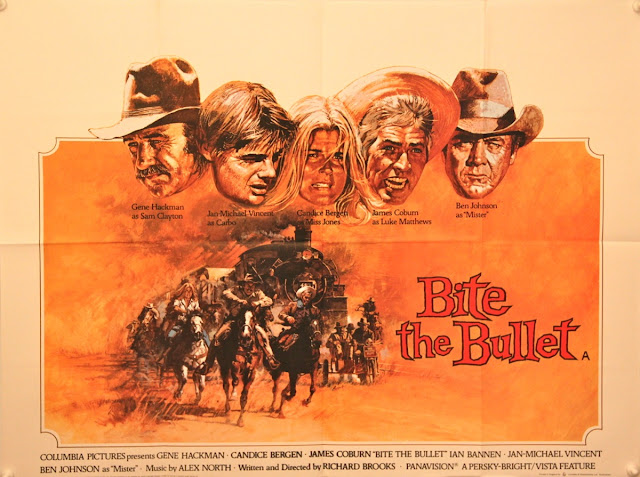 There were some amazing and wonderful movies of all types made in the 1970s but not that many of them were made in 1975.  Here we see a dozen just-okay movies I saw in theaters in 1975 that had great posters! BITE THE BULLET was an all-star epic Western about a horse race. I remember enjoying it at the time but I can't recall anything about it. 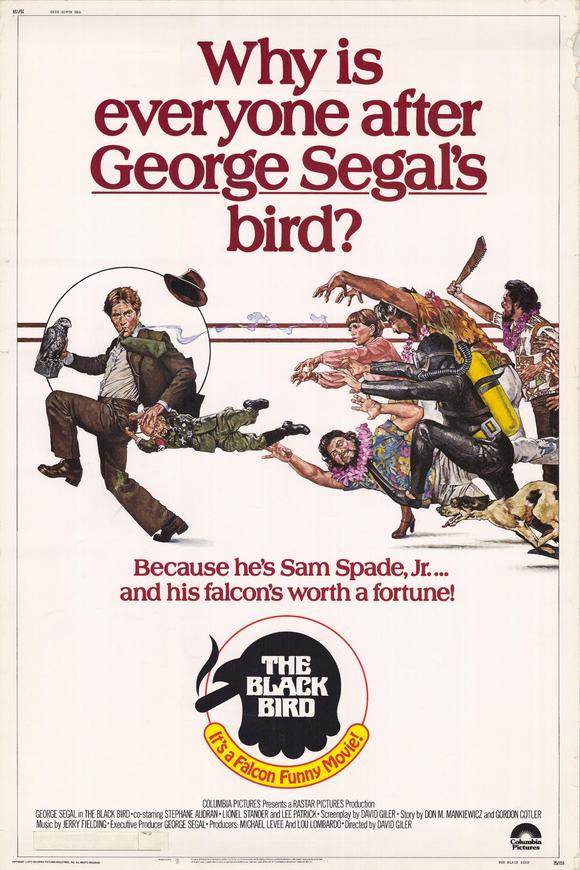 I saw this on New Year's Eve at the end of '75. It was supposedly an actual sequel to Bogart's MALTESE FALCON, right down to having Elisha Cook back as Wilmer and Lee Patrick back as Effie. George Segal, then nearing the end of his wave of leading man popularity, is Sam Spade...Junior.  He also produced. Seems as though I enjoyed it. 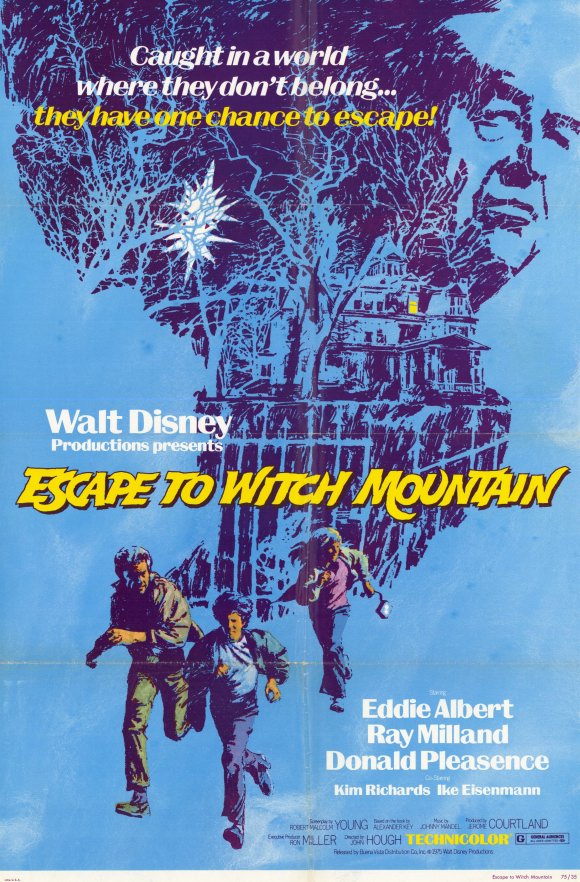 Disney's live action flicks were quickly becoming pretty bad but ESCAPE TO WITCH MOUNTAIN with Eddie Albert, Ray Milland and future desperate housewife, Kim Richards, was one of the last good ones. Its sequel wasn't nearly as interesting in spite of casting Christopher Lee and Bette Davis. 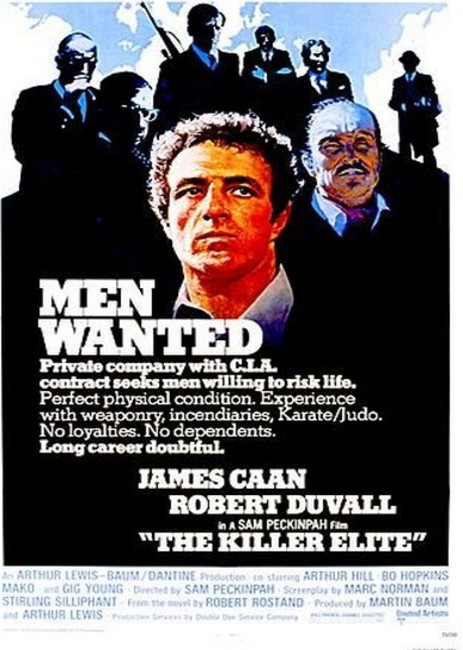 I was really enjoying James Caan films during this period...until this one anyway. A good supporting cast and director Sam Peckinpah not withstanding, I found it overlong, overly violent, confusing and oddly dull. 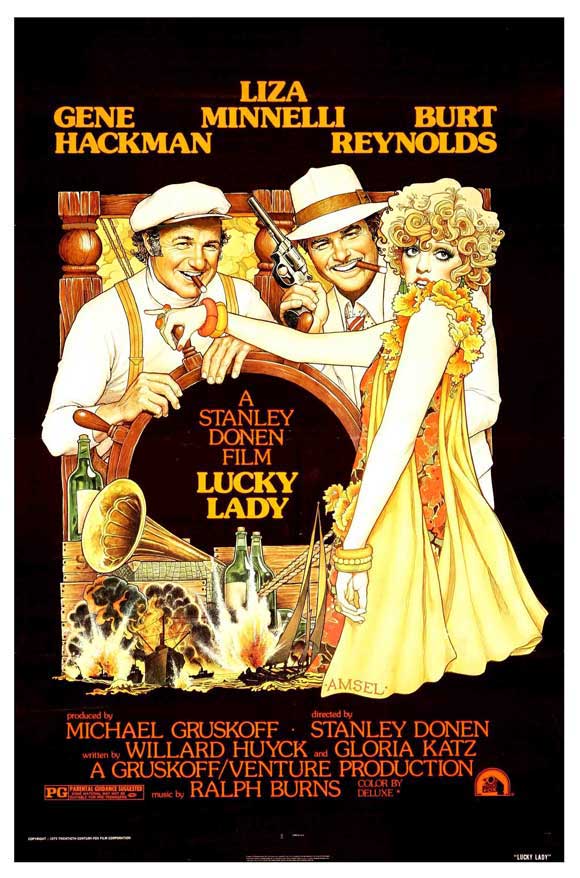 Several of my favorite movies were made by Stanley Donen, CHARADE and SINGING IN THE RAIN among them. Several others starred either Gene Hackman, Burt Reynolds or Liza Minnelli.The best thing I can say about this one, however, is that the Amsel poster is amazing! 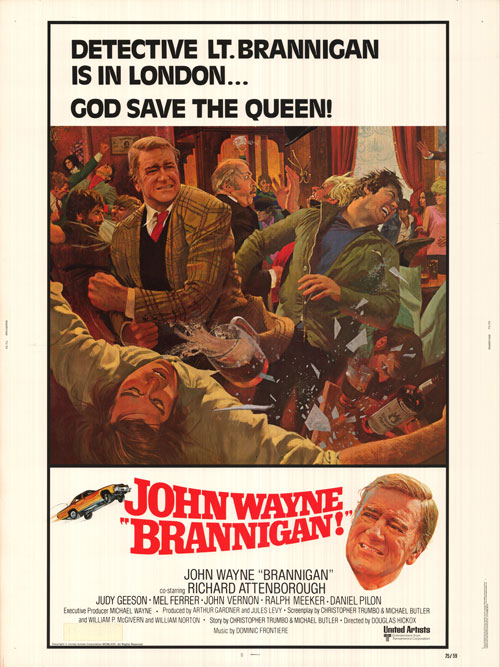 John Wayne reportedly turned down DIRTY HARRY but then was wrongly cast in similar roles in McQ and, here, BRANNIGAN. The latter features the Duke barreling through London on a kidnapping case. Richard Attenborough and John Vernon were both quite good but Wayne and his toupee were not having their finest hour. 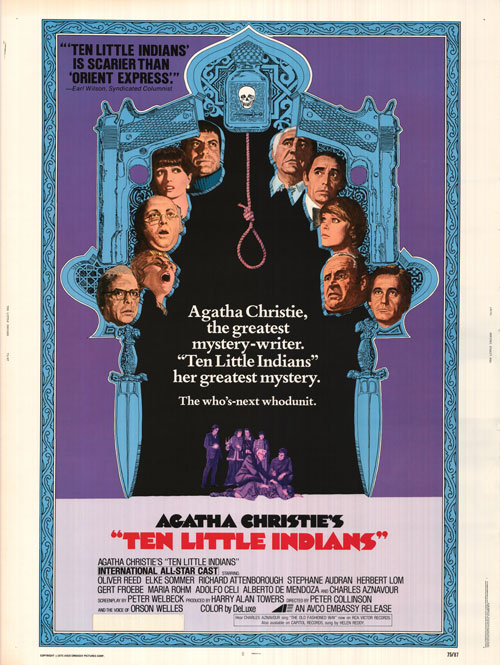 Seriously, how can you go wrong with a cast like this one in an Agatha Christie mystery? The villains of both THUNDERBALL and GOLDFINGER are both in this! The problem is that it was made on the cheap by Producer Harry Alan Towers. 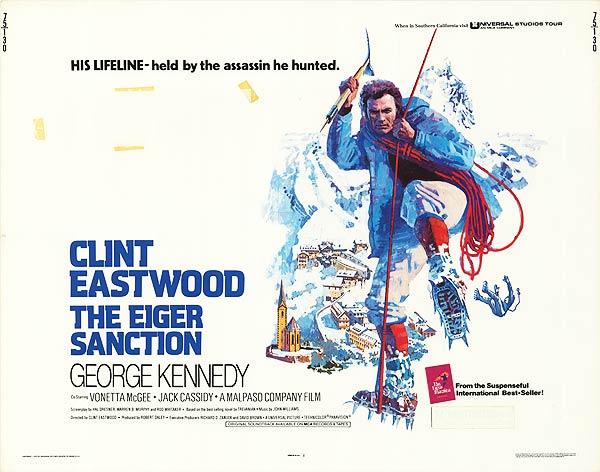 Lots of great snow scenes in THE EIGER SANCTION. Clint Eastwood portrays Jonathan Hemlock, a character I wish he'd revisited. Thayer David as his Albino boss, Jack Cassidy and George Kennedy as old friends. A trifle overlong but a good one. 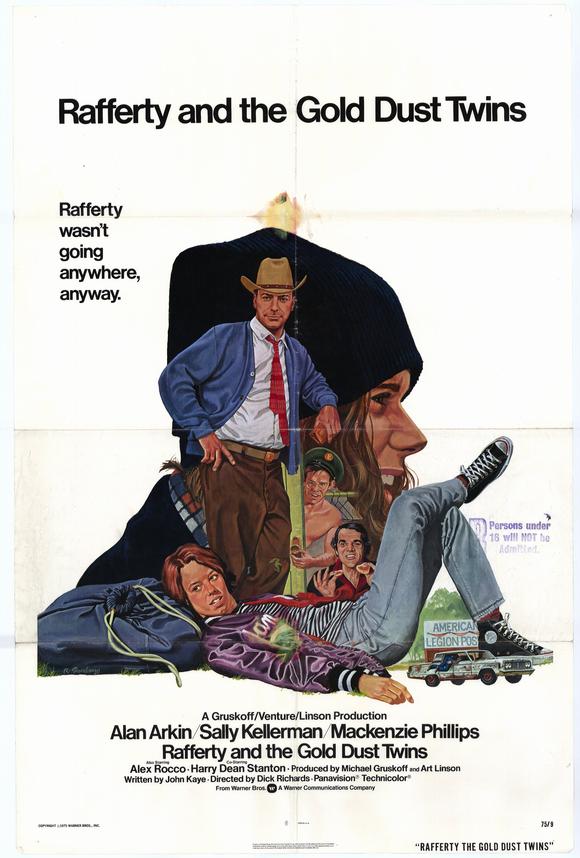 RAFFERTY AND THE GOLD DUST TWINS was the movie I chose as my personal best of the year. Alan Arkin is a depressed driving instructor in this dramady who more-or-less gets kidnapped by Sally Kellerman and, in her best performance, Mackenzie Phillips. 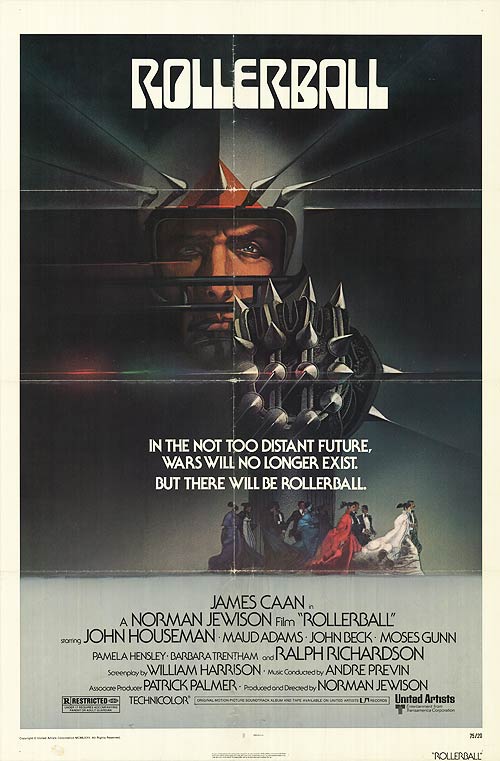 Controversial and violent, ROLLERBALL was supposed to be a cautionary tale but problematically makes you want to see more of the violent game itself! 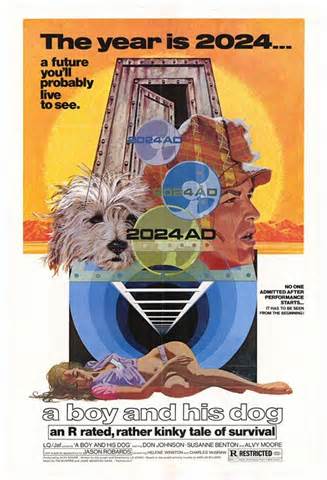 Produced by GREEN ACRES "Mr. Kimball," Alvy Moore and his filmmaking partner, character actor L.Q. Jones, A BOY AND HIS DOG is based on the Harlan Ellison story and features a youngish Don Johnson and his talking dog (voiced by Tim McIntire). I remember finding it smarmy and poorly written. 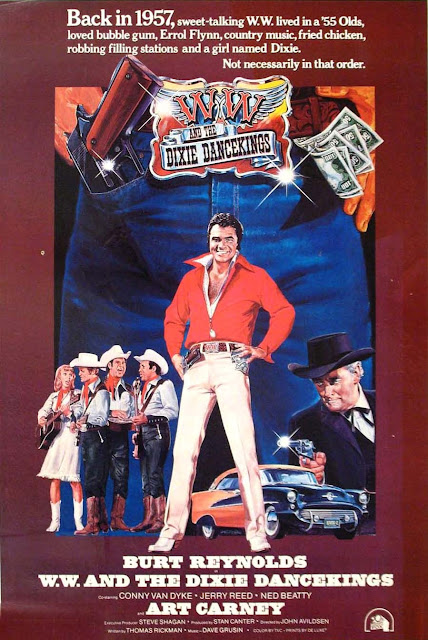 One of Burt's string of successes during the middle of the decade, W.W. AND THE DIXIE DANCEKINGS had a fifties country music theme and co-starred charismatic country singer Conny Van Dyke in one of her few big screen performances. I remember enjoying it quite a bit in the theater and a few years later on TV. Can't recall anything in particular about it, though.