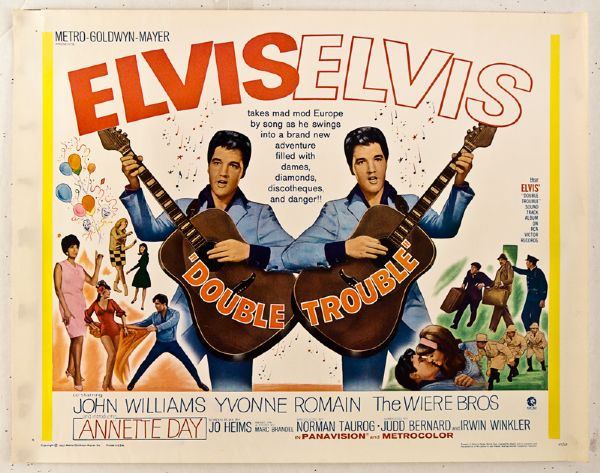 I knew who Elvis Presley was early on, if only because my cousin Toni, who had been a teenager during the early Elvis craze, passed on her 45s to me in the early sixties. Not sure if I'd seen him before this, though. In 1967, age 8, on a Sunday afternoon, I went to the Liberty Theater to see DOUBLE TROUBLE with...who??  No memory of who I went with. Parents seems unlikely. Babysitter, maybe? Friend's parents? Who knows? But I loved it!

I liked his cool character, the spy plot, the love story with the underage girl (which wasn't as big a deal back then apparently), the music and the comedy--especially the Wiere Brothers!  When I got my first grown-up record player in 1970, one of the first LPs I bought was the soundtrack album!

Over time, of course, I was to discover that he made umpteen variations on this same plot and same character. To this day, though, I still enjoy many of Elvis's movies. 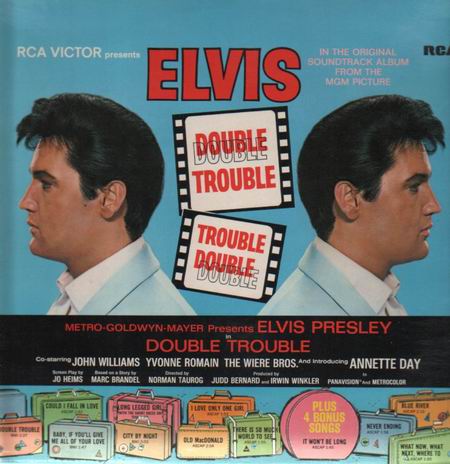 Posted by Booksteve at 8:45 PM