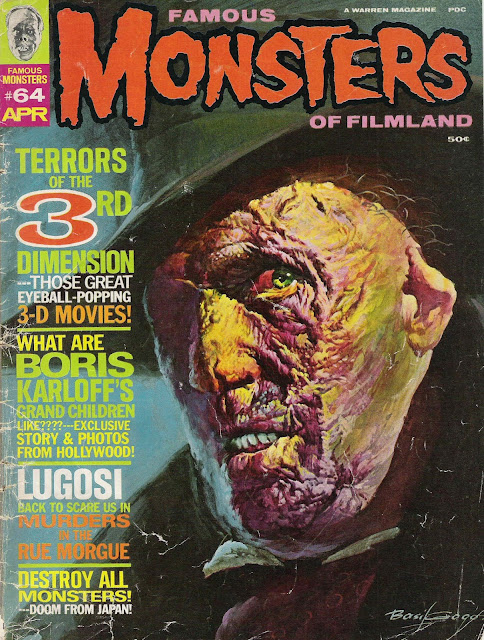 My friend Terry had been buying FAMOUS MONSTERS OF FILMLAND for nearly a year before I picked up my first issue, # 64, at Woolworth's on a Saturday afternoon in early 1970. I can't overestimate just how much of an influence this magazine would become on me as a burgeoning film buff. 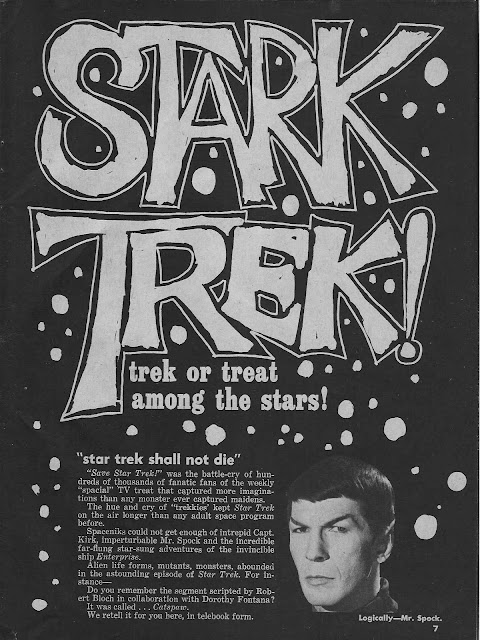 In retrospect, it may have been the STAR TREK article that attracted me as that series was already in reruns which was where I really became  aTrekkie. 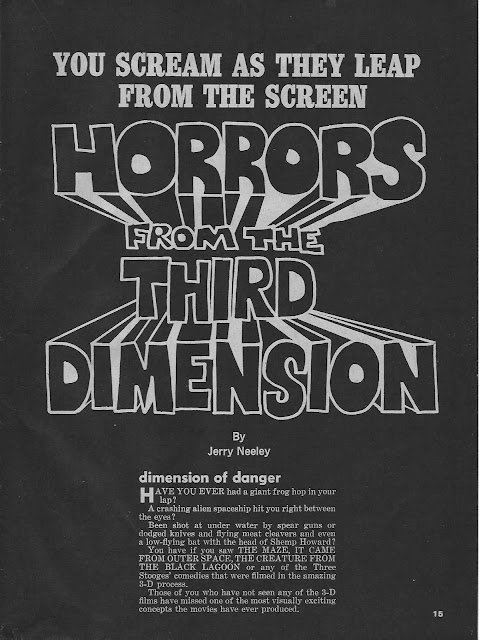 I had no real idea that 3-D films had been a regular ting at some point. I thought the 2 or 3 I'd seen as a kid--Russian fairy tale movies I believe--were just a passing novelty...especially since I couldn't--and still can't--see 3-D. 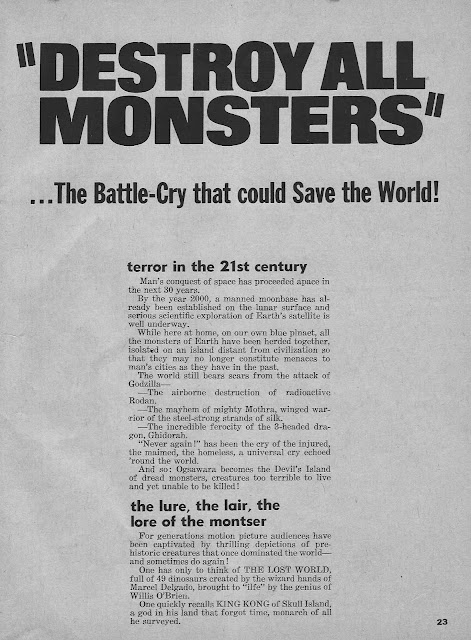 As stated in the previous post, we got the commercials but we never saw hide nor hair of DESTROY ALL MONSTERS locally. That didn't stop me from memorizing this article about it! 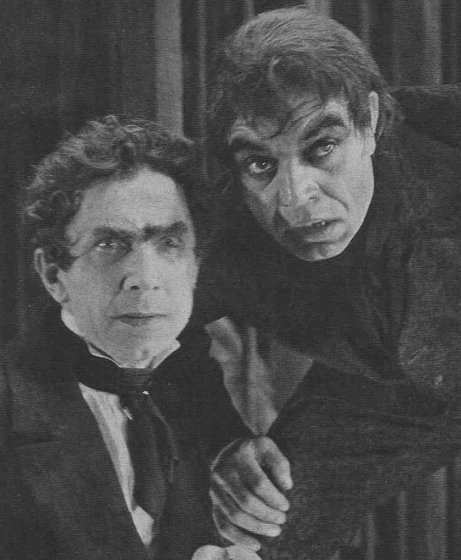 I remember distinctly that I had never heard of Bela Lugosi until I saw this issue's article on MURDERS IN THE RUE MORGUE. I didn't know what a "rue" was either. Hey, I was 11! 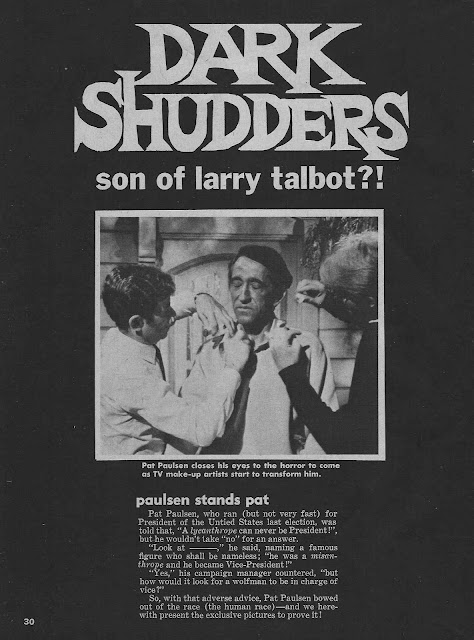 I knew this guy from TV. 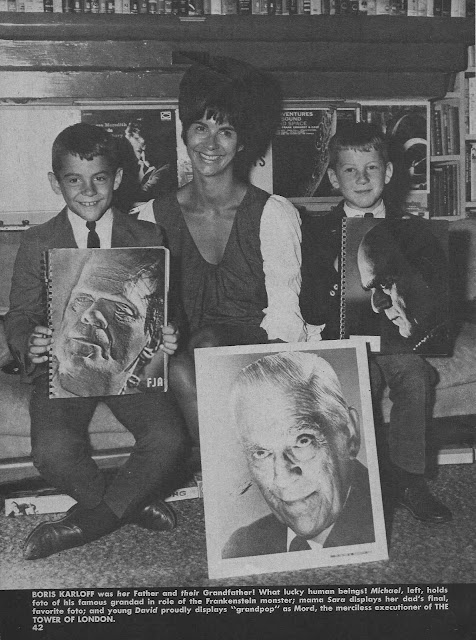 Karloff I knew! I grew up thinking of him as the grandfather figure I never had. In fact, in the early days of the Internet, Ia actually emailed his daughter Sara, seen here, and told her that and she replied that she'd actually heard it a lot! 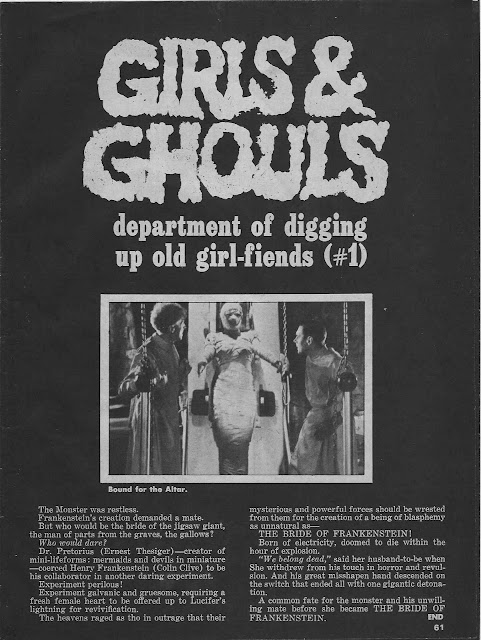 Girls were something I was just discovering, being in the early stages of puberty already by that point. At this point, I didn't pay much attention to VAMPIRELLA but soon that would change. 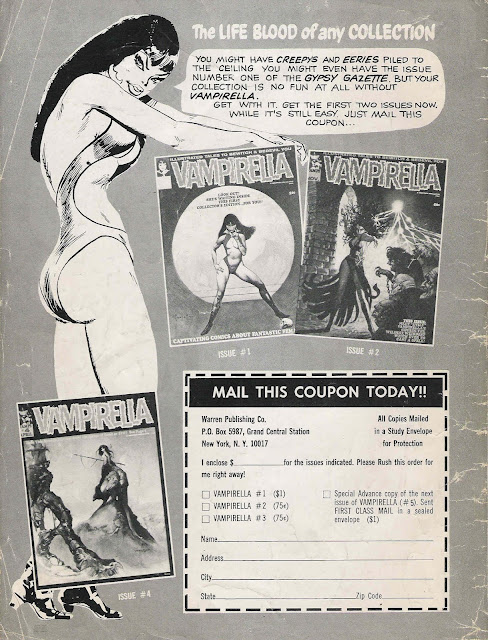 I never saw the next issue on the stands or the one after that. But when I did finally see another issue of FM, I bought it and I continued to buy it for years afterwards, every issue a deceptively amusing bunch of silliness that offered subtle lessons on film history and introduced me to the Chaneys, Perter Lorre, John Carradine, Ray Harryhausen, Conrad Veidt, Ed Wood and dozens more who would remain lifelong favorites. Not to mention Zandor Vorkov!