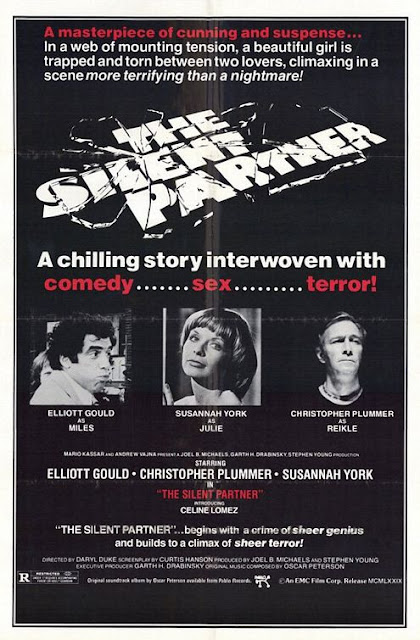 Elliot Gould was, in some ways, THE actor of the seventies. In the beginning, he was hot, young, quirky and popular. He made megahits and got rave reviews. Following the unfortunate pattern that often rears its ugly head in Hollywood, he then got full of himself and a combination of ego, money and various abuses made him feel invincible. Then he started acting weird, taking poor vehicles and losing his box office stature. At that point, if an actor is lucky, they come to their senses and start doing what they originally loved in the first place--acting! That's what Gould did and one of his best as he came out of his free fall was 1978's THE SILENT PARTNER. 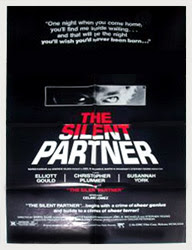 Not so much a Christmas movie as it is a movie that just happens to be set at Christmas, stalwart Christopher Plummer is a particularly ruthless bank robber. He gets away with a  certain amount of money when he robs bank teller Gould but the enterprising victim takes quite  bait himself, figuring correctly that it will be blamed on the bank robber. 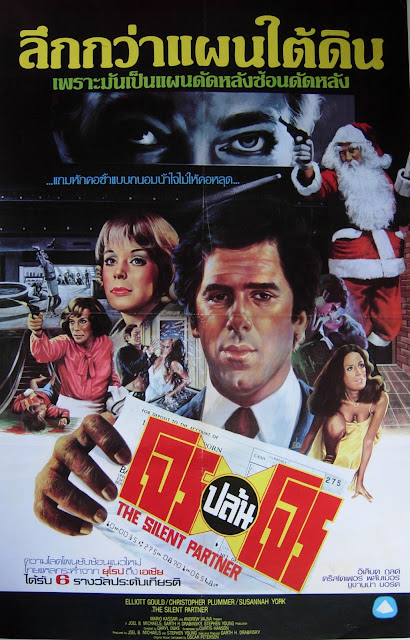 The thing is, the robber KNOWS how much he has and that it isn't nearly as much as the papers say he stole. And he knows that only one person could possibly have taken that money. 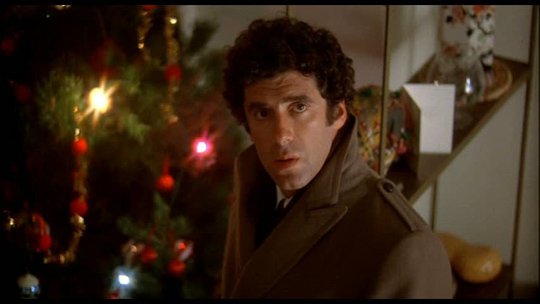 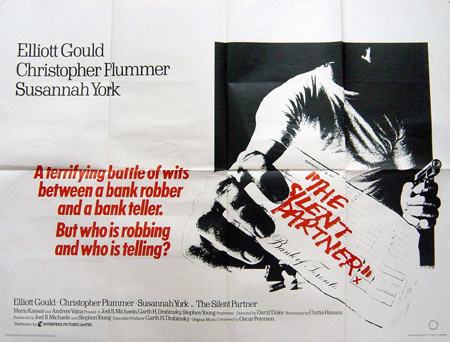 A really well-made suspense flick with an understated performance by Gould and a big, blustery, genuinely creepy performance by the often heroic Plummer (star of THE SOUND OF MUSIC!) 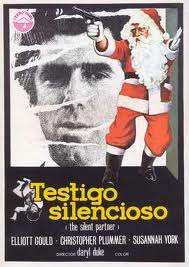 Posted by Booksteve at 8:36 PM