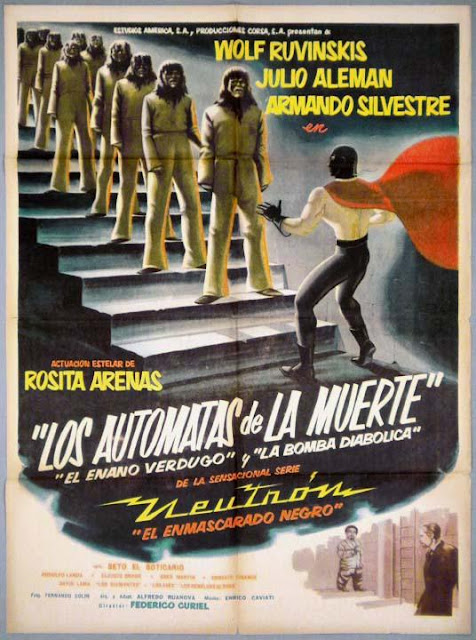 When WXIX in Cincinnati aired NEUTRON VS THE DEATH ROBOTS circa 1970, my friend Terry and I saw it as a Mexican superhero film and didn't "get" the wrestling aspect. IT was cool, though, and Terry made his Captain Action into a clone of the Atomic Superman! 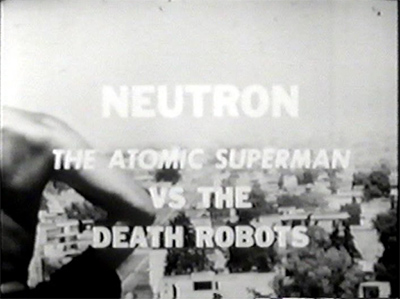 Eventually, Channel 19 also played the film's sequels and we began to piece together hat this was more than just a  one-off movie. 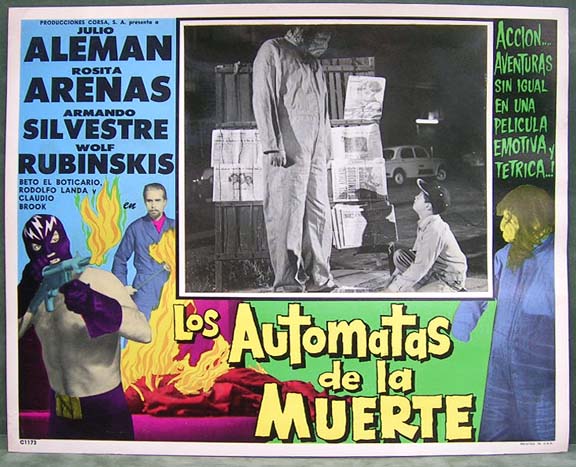 Still, as near as I can tell, Neutron was an actor playing a wrestling superhero. Eventually, we would learn that there were superhero wrestlers in Mexico who played at acting! 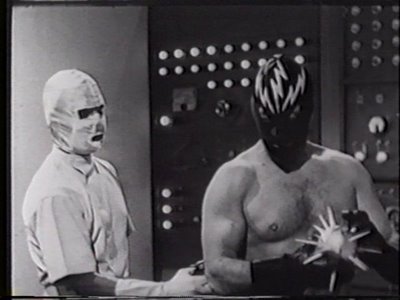 El Santo and The Blue Demon were the big favorites but there were actually many! And they dominated the wrestling rings as well! MY favorite over time would be Mil Mascaras. But I still have a soft spot for these goofy black and white, low-budget "masterpieces" from long ago with NEUTRON, THE ATOMIC SUPERMAN! 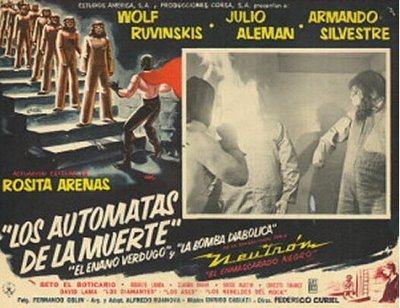 Posted by Booksteve at 5:33 AM