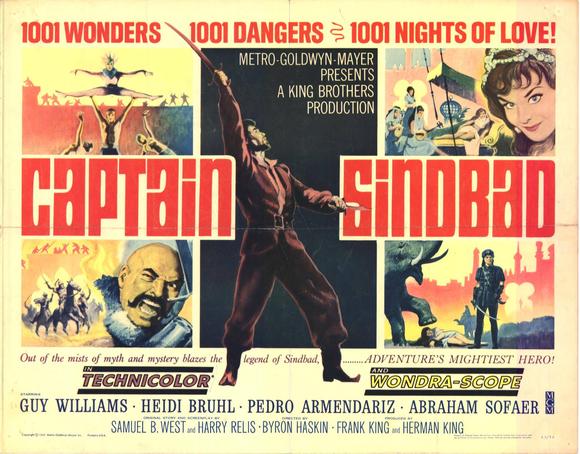 One of my favorite fantasy films as a kid was 1963's CAPTAIN SINDBAD, starring TV's ZORRO, Guy Williams. I saw it on television and then caught it twice in MGM Children's Matinee re-releases. Although the "D" was added to the title most likely to differentiate it from Ray Harryhausen's 7th VOYAGE OF SINBAD, the special effects are almost on a par with that classic! The charismatic, charming and handsome Williams--here between a stint on BONANZA and his "starring" role on LOST IN SPACE-- proves, as he had with ZORRO, that he was born too late. When swashbucklers ruled the movies, he would have been one of the best! 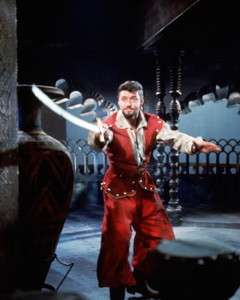 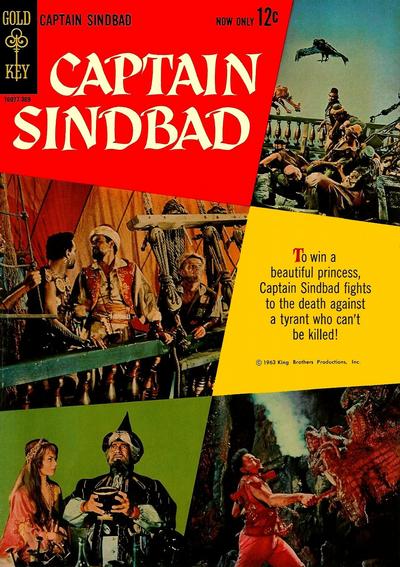 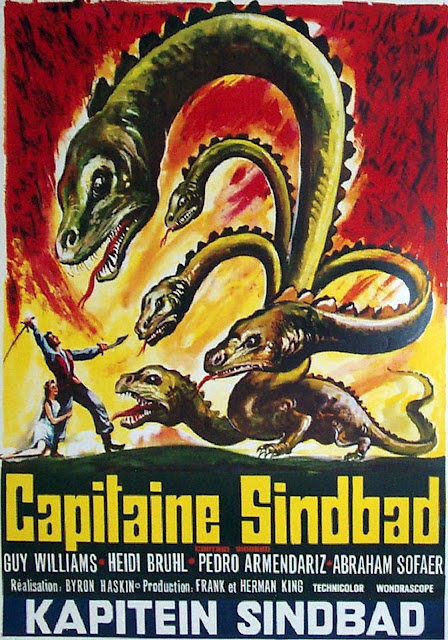 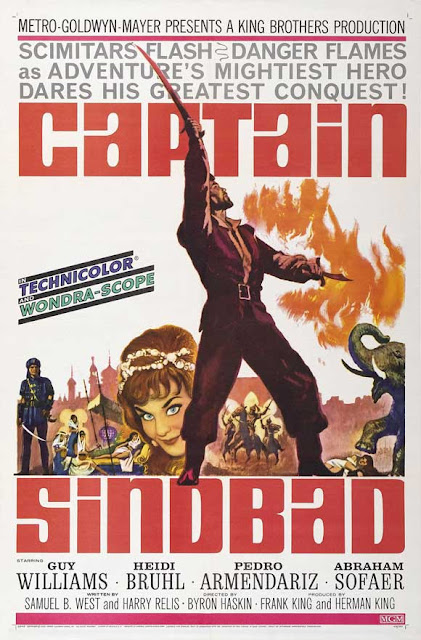 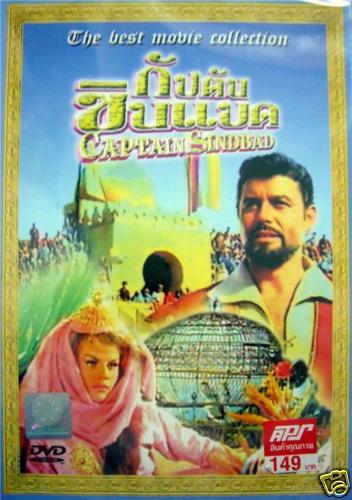 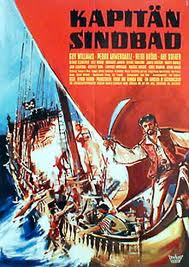 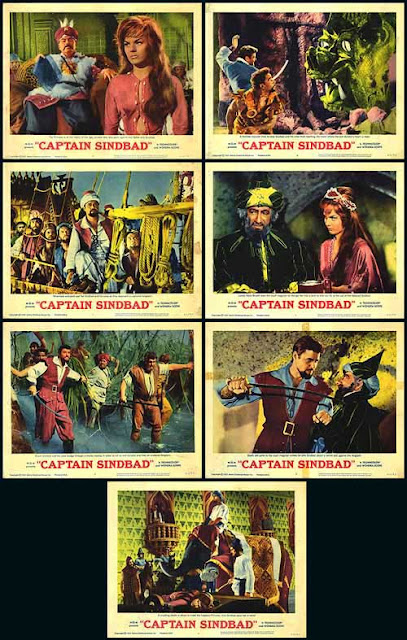 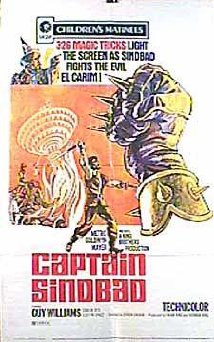 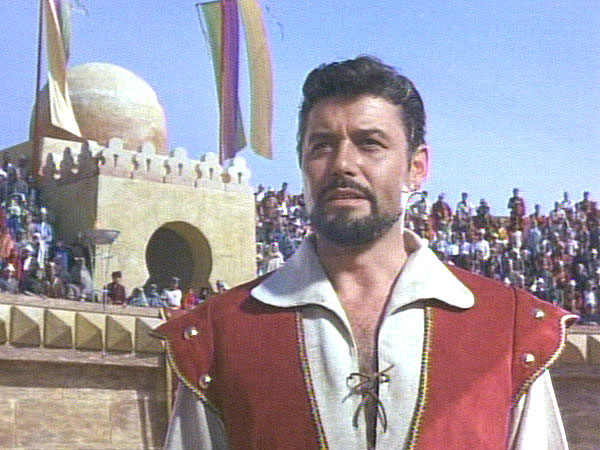 Posted by Booksteve at 3:25 PM