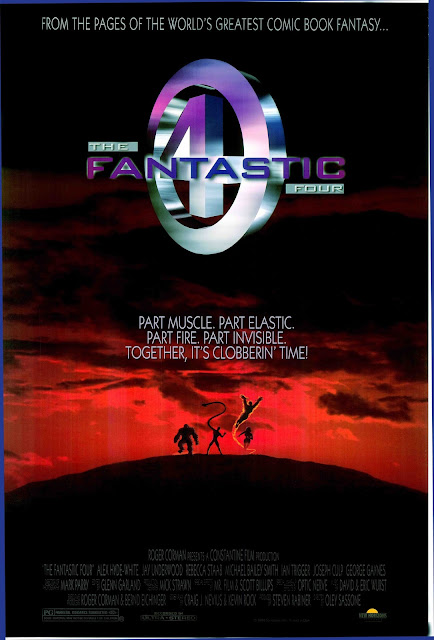 I followed the making of this film with great interest back in the early nineties because FANTASTIC FOUR had long been a favorite comic book and, in fact, the only major comic where I ever completed a--sadly long since sold now--full run! There were pictures here and there in the movie and comics fan press and eventually a flat-out cover story in FILM THREAT magazine just prior to the film's gala, massive...cancellation.

Not going to get into the whole mess as to WHY it was cancelled. Google if you aren't familiar with that story.

Within a couple of years, though, it was unofficially released somehow, under the counter...and it isn't bad. It's far too low budget to be as good as it should be but it's sort of the FF on the same level as the TV Hulk and Spidey of the seventies.

Posted by Booksteve at 8:04 AM