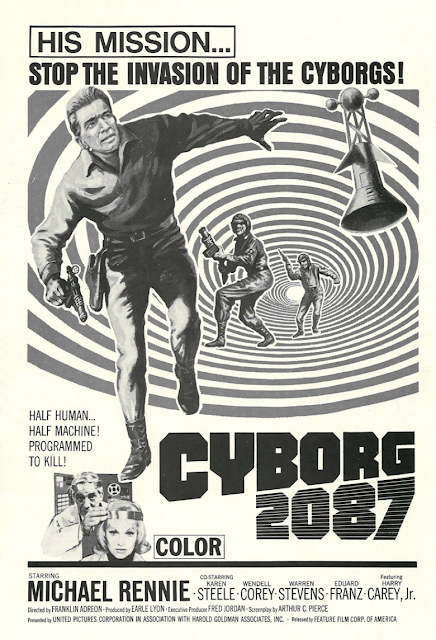 Long before THE DAY THE EARTH STOOD STILL would become one of my favorite films on first viewing, I immensely enjoyed its star Michael Rennie in this later vehicle, CYBORG 2087. Released in 1966, I caught it a few years later on Cincinnati's CREATURE FEATURES, the companion show to the popular SCREAM-IN! The low-budget film has echoes of Rennie's earlier starring hit and, in retrospect, also seems to have served as a template for THE TERMINATOR. 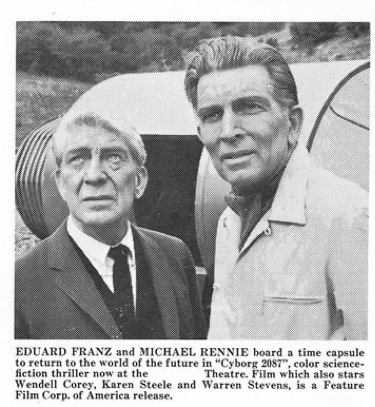