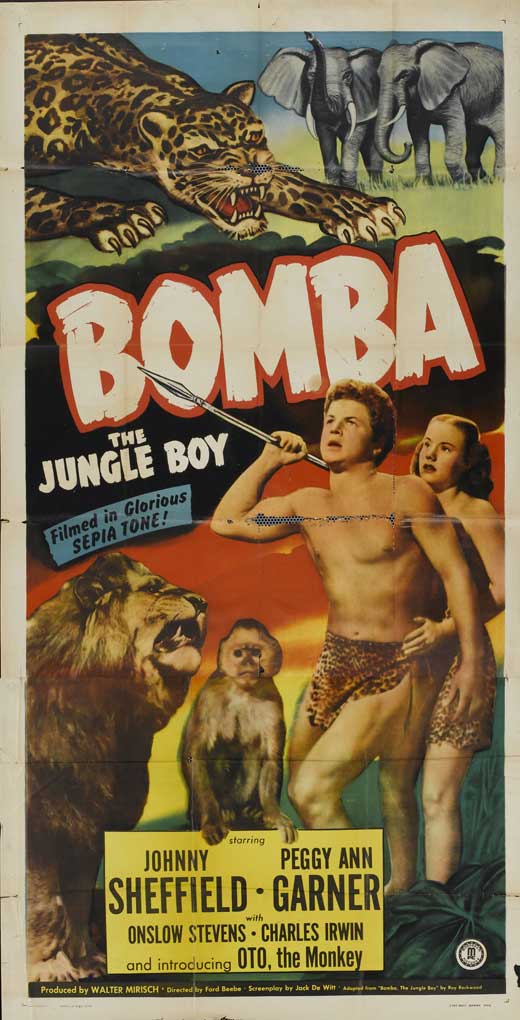 As a young child, I had been a fan of Tarzan movies on Saturday afternoon TV, many of which featured a kid about my age as "Boy," Tarzan and Jane's son. As Sheffield got too old, he was phased out of the movies but that's okay as he ended up in his own franchise. Twelve movies were made starring Johnny as Bomba, the Jungle Boy, a popular Tarzan rip-off who had appeared in a series of young reader novels. The movies were made a few years before I was born but were played daily on TV before I headed off to school in the early grades. They remained popular enough that DC even gave the character a spin-off comic book in 1967! 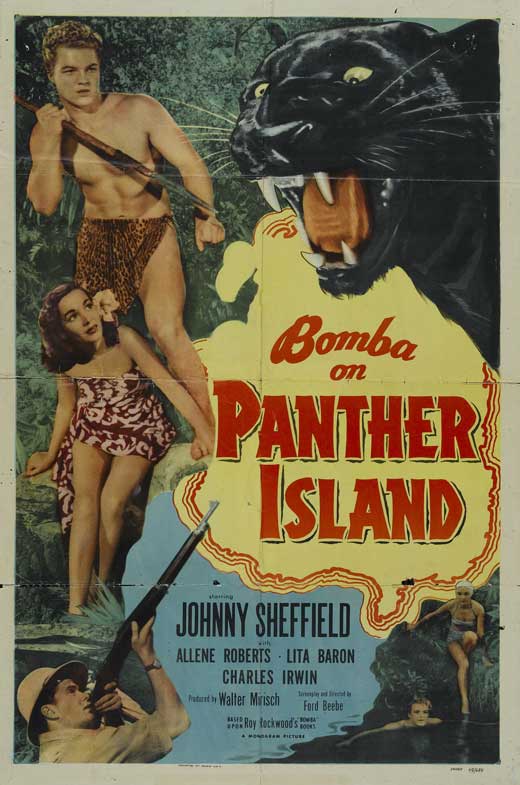 The early entries were produced by Walter Mirisch who would go on to produce decidedly more A-list pictures such as the PINK PANTHER series, THE MAGNIFICENT SEVEN, IN THE HEAT OF THE NIGHT and FIDDLER ON THE ROOF.

The aging but wonderfully named Ford Beebe directed the entire series, wrote most of them and even took over as producer on the later ones. He was an expert in low budget action films, having directed many of the netter serials as well as tons of B Westerns. 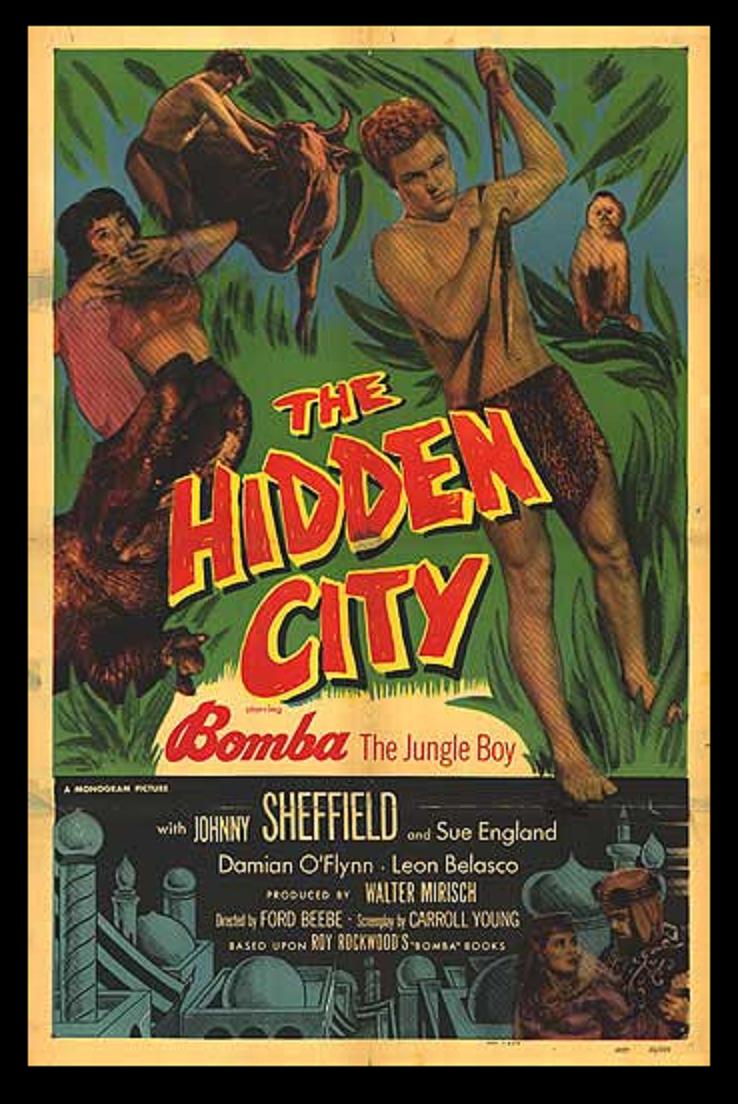 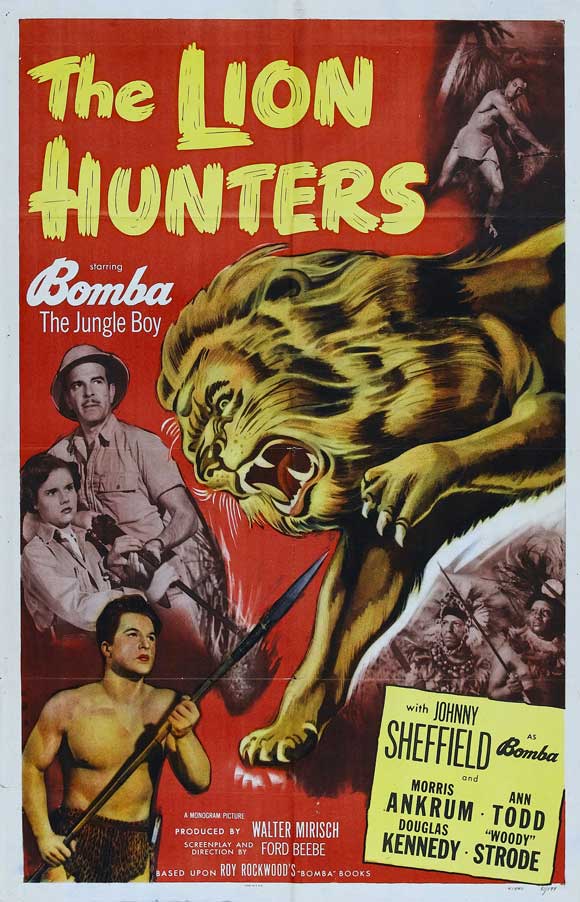 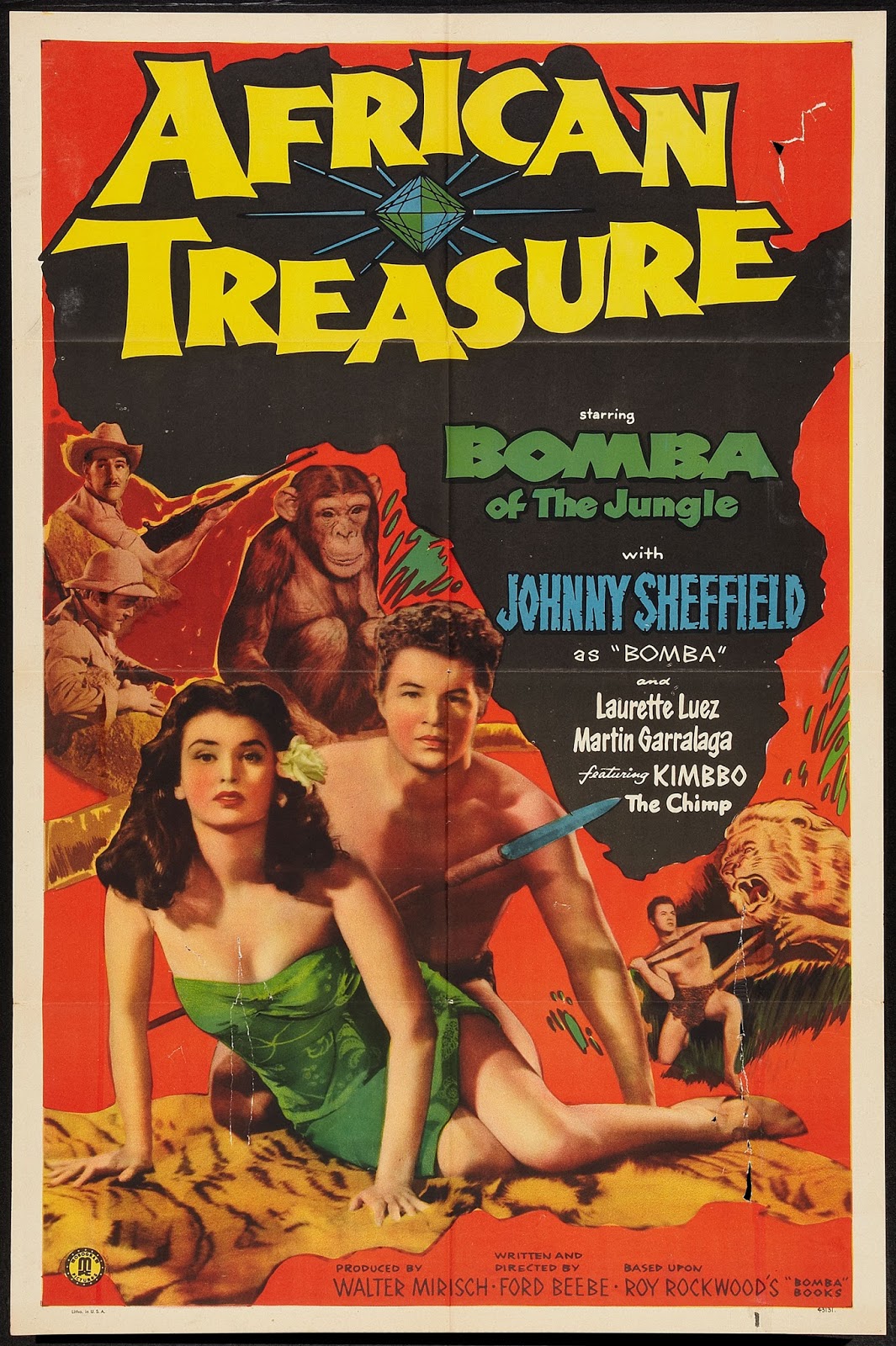 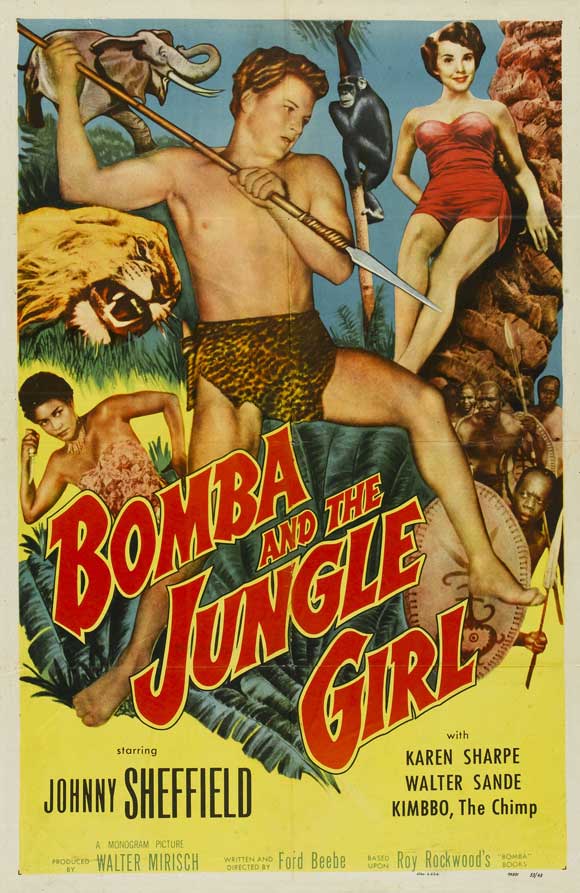 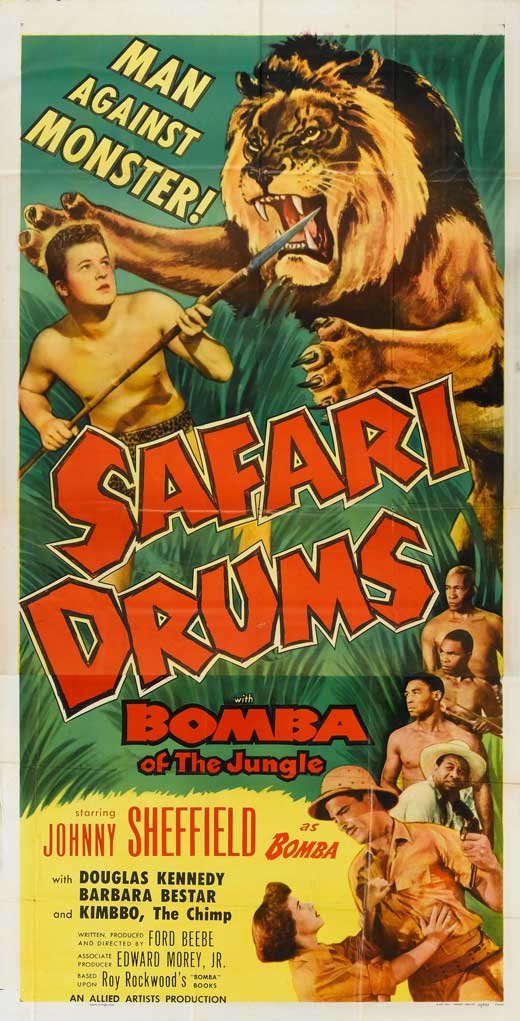 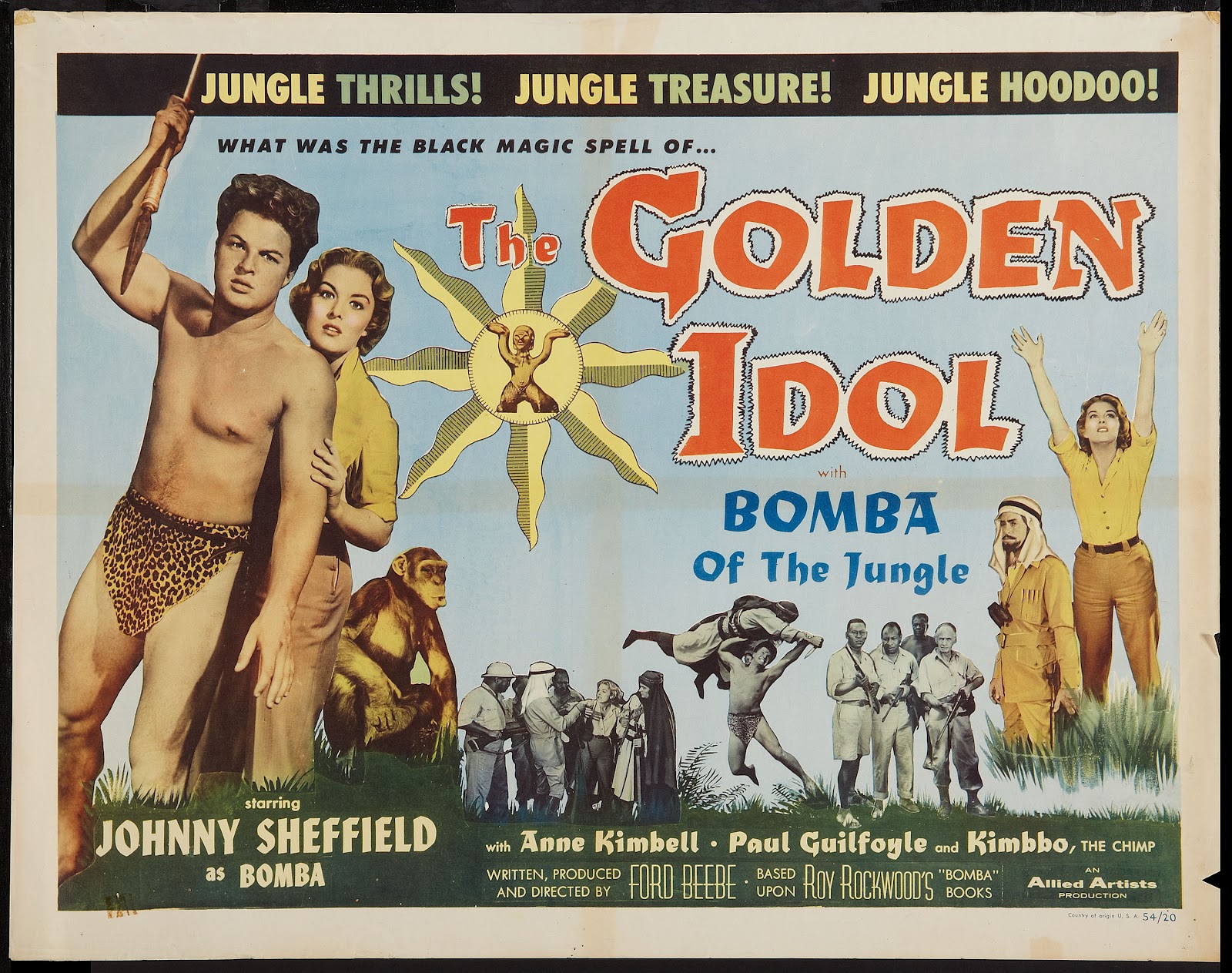 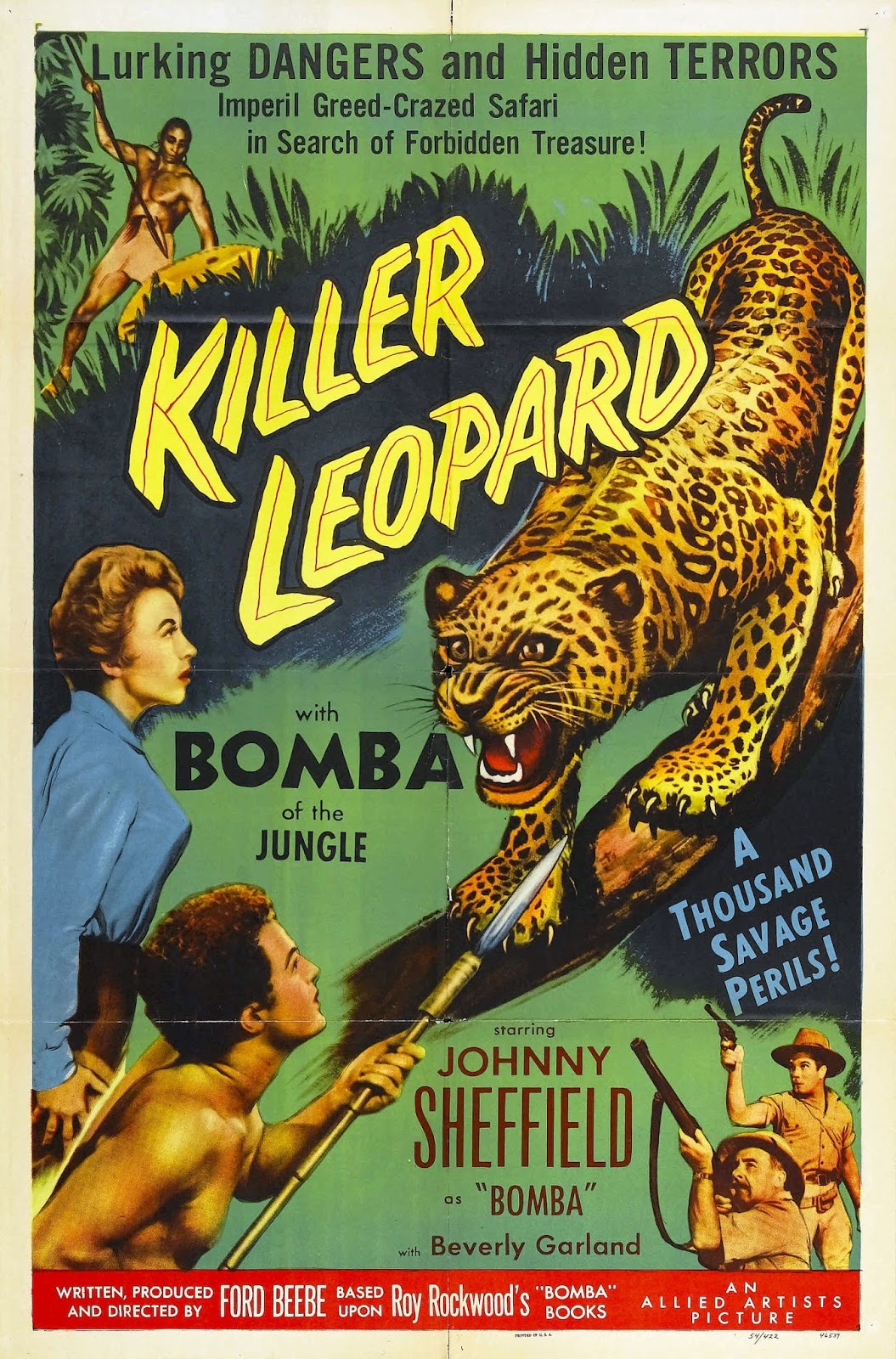 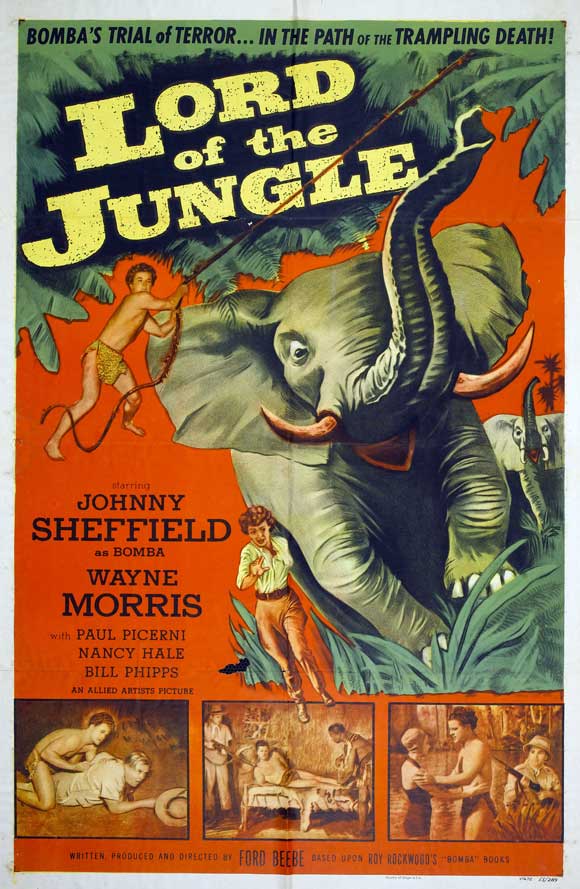