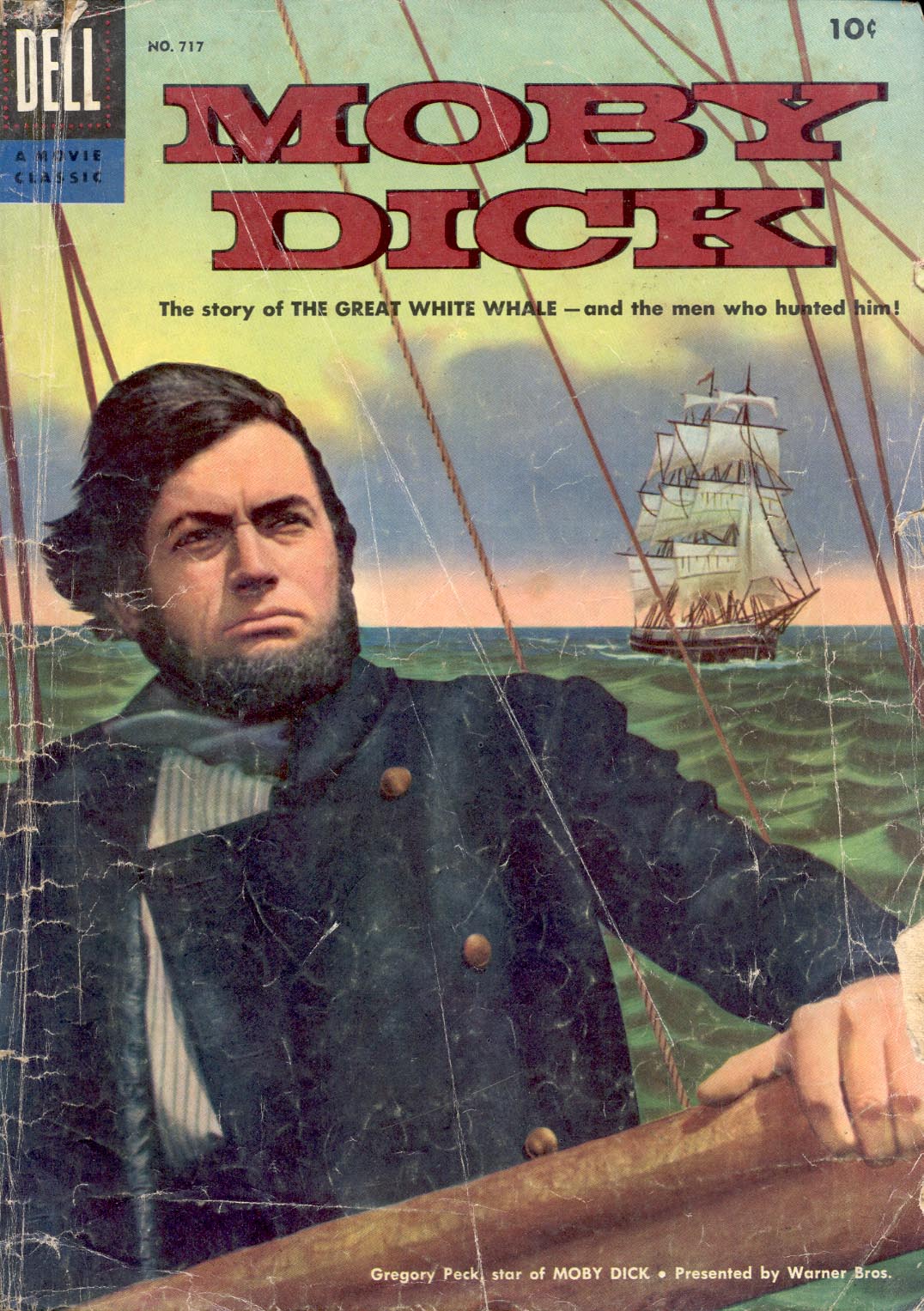 John Huston's classic film version of Herman Melville's MOBY DICK was written by Ray Bradbury getting his feet wet as a screenwriter. This was in 1956, just a  couple of years after the author's works were lifted for use by EC, at first illegally and then with Bradbury's blessing. 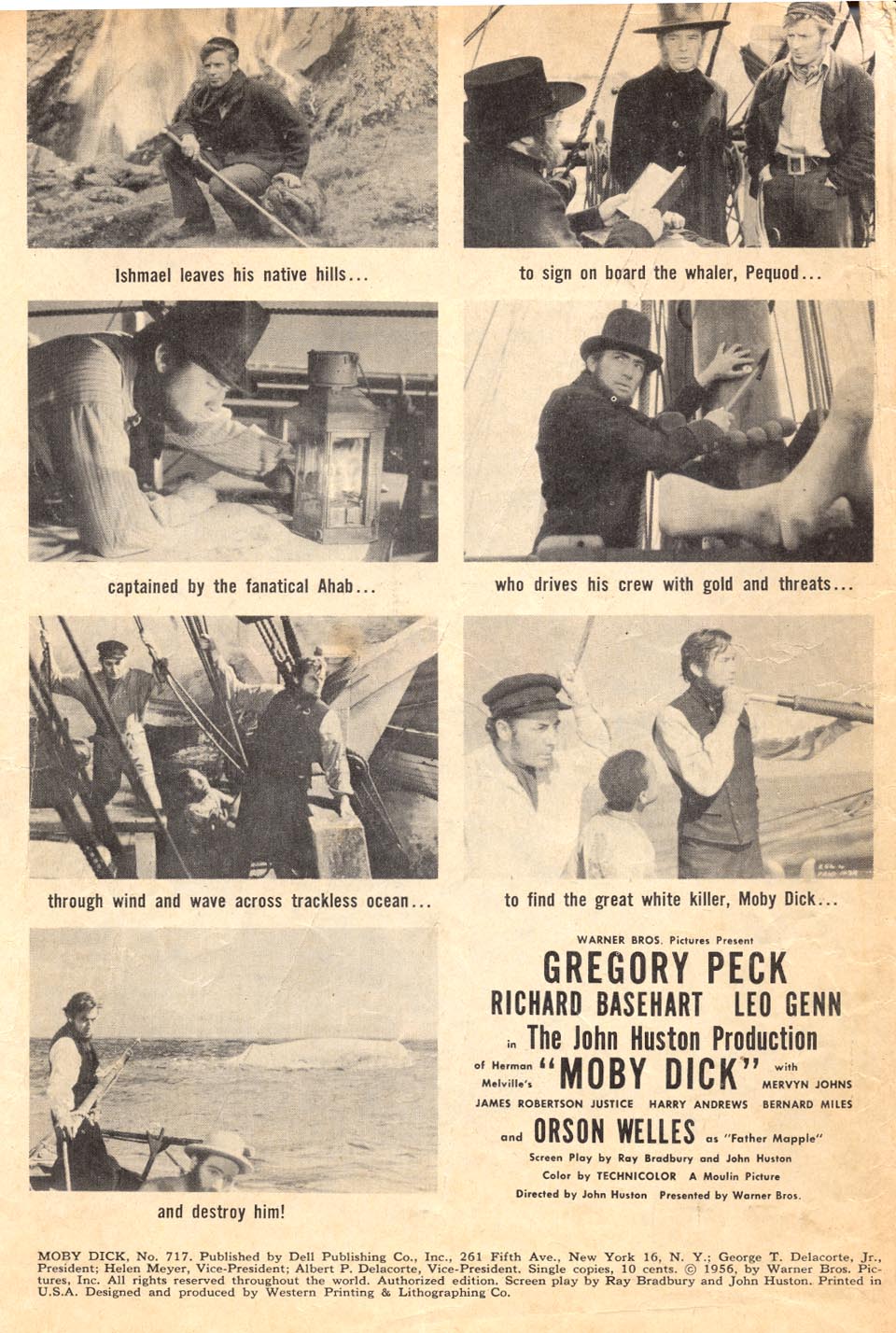 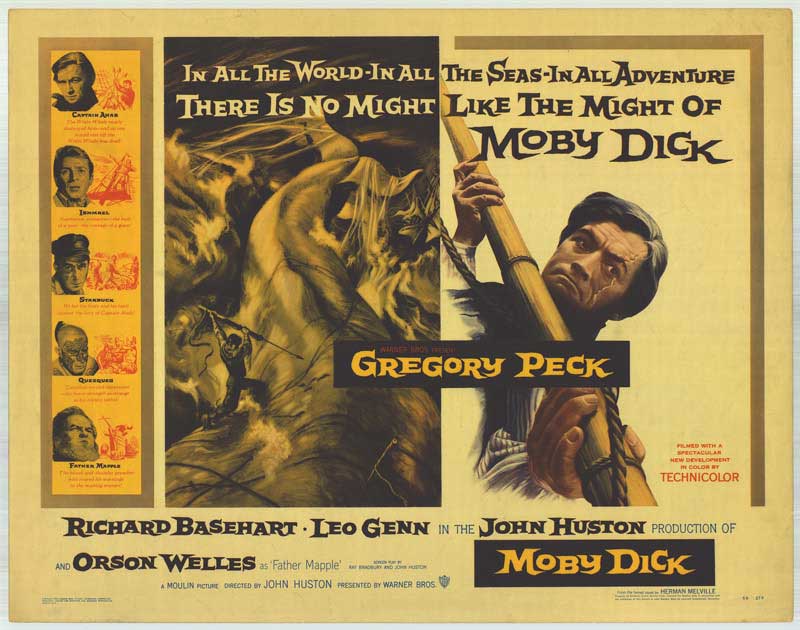 Posted by Booksteve at 7:23 PM