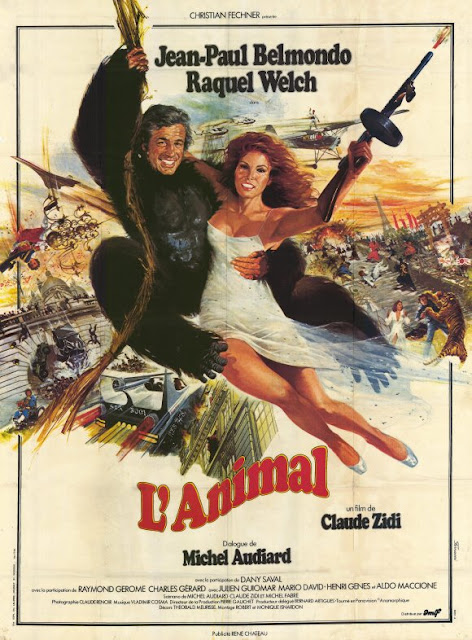 My friend Terry and I were huge fans of Raquel Welch in 1977. After years of being looked at purely as a sex symbol and as a punchline she had finally achieved some measure of critical success with Richard Lester's THREE MUSKETEERS. I remember reading that her next big vehicle was going to be THE ANIMAL co-starring some French actor I had barely heard of but it never opened around here anyway and her film career seemed to go away for a while. She was busy concentrating on her nightclub act and TV specials.

It would be 35 years before I finally got to see L'ANIMAL. By that point, Jean-Paul Belmondo was a favorite of mine. It's a good, fun flick but nothing social. Raquel carries herself just fine and I'm surprised the film wasn't a huge international hit.