I saw THE COMPUTER WORE TENNIS SHOES at Covington's Madison Theatre. Twice. It's a silly movie, sure. It's a glorified sitcom in fact. It's a beach party flick without a beach and without songs. But it's also much fun. This first of 3 movies featuring Kurt Russell as college loser Dexter Reilly (later Riley) has him picking up a super smart brain via an accident with one of those room sized computers of the day that probably, in retrospect, wasn't as smart as your smartphone. 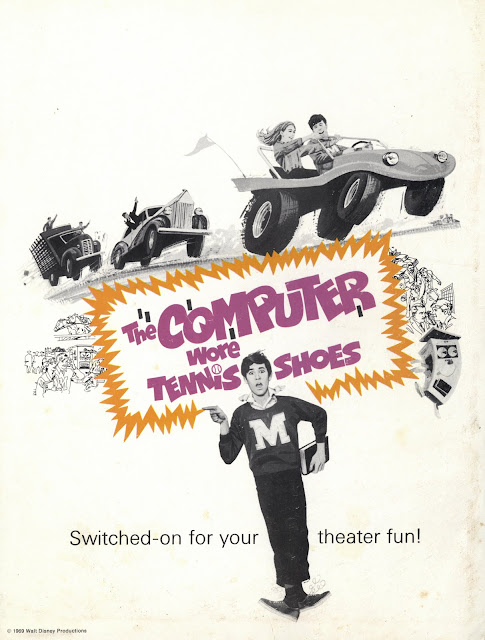 The Disney live action comedies are often overlooked but many were quite enjoyable for all ages and this was certainly one. For the kids you have Kurt with Michael McGreevey (now one of my FB friends) as his "Jughead." There's also LASSIE's Jon Provost and a rare live action turn from voice actor supreme Frank Welker (SCOOBY DOO) 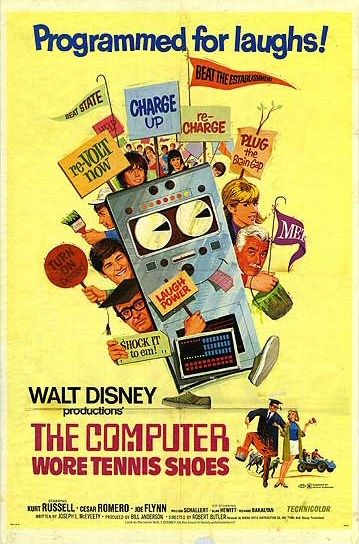 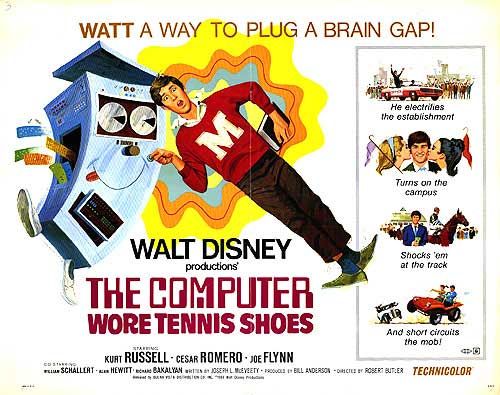 It was followed by NOW YOU SEE HIM, NOW YOU DON'T and THE STRONGEST MAN IN THE WORLD, both mostly with the same cast although each made 2-3 years after the other. It was remade 20+ years later with Kirk Cameron but let's just not go there. 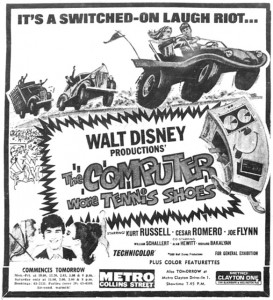 Posted by Booksteve at 4:21 PM