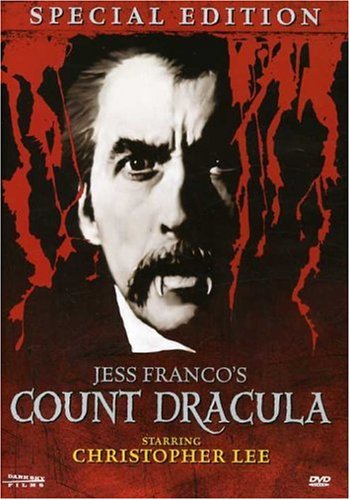 By 1970, Christopher Lee had tired of playing Hammer's Count Dracula, reduced to little or no dialogue in recent films and just hissing and biting and looking cool. He loved the character, however, and wanted so much to play the definitive version of the Stoker original that he took the lead in this no-budget production from international schlockmeisters, Jesus Franco and Harry Alan Towers. Lee had worked with each of them before and should have known what to expect. 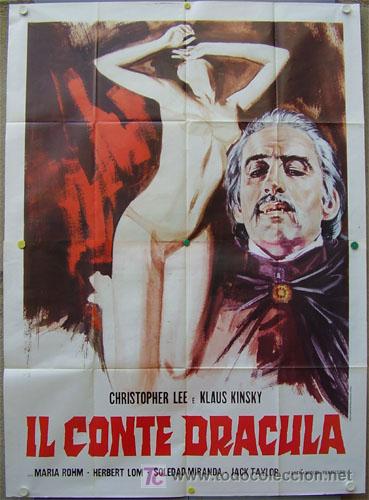 Parts of it are wonderful--atmospheric and with a look much closer to that of the novel. In spite of being highly anticipated in the monster mags of the day, however, it was barely if at all released in the US at the time. 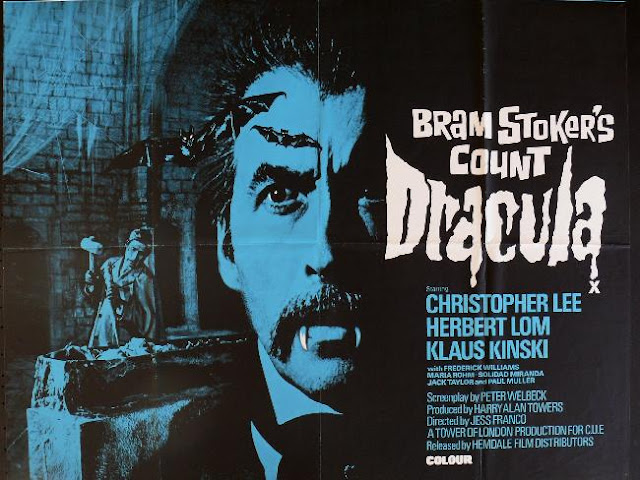 In fact, I first caught it in a horrible print on Saturday afternoon TV around 1977, edited to little more than an incomprehensible hour with commercials. 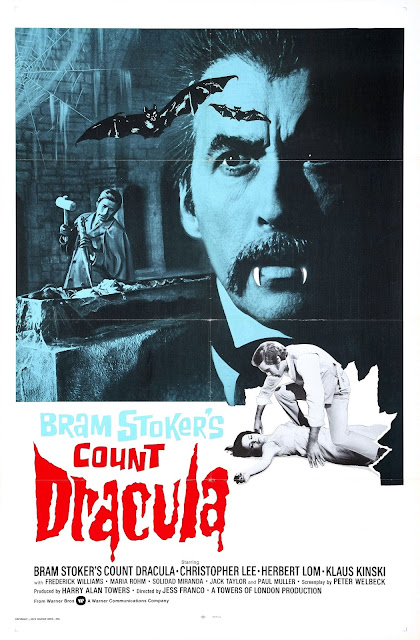 Lee does his best as does reliable Herbert Lom. The quirky Klaus Kinski, however, reportedly wasn't even aware that he was acting in a Dracula film and was said to be less than pleased when he found out. His scenes are well-done but they do seem forced in. 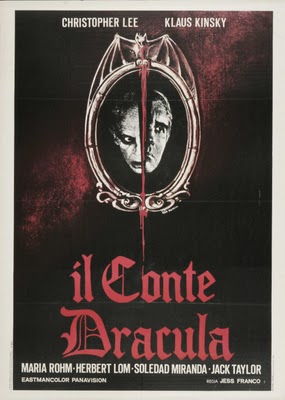 Overall, a valiant effort, but the best thing about it was probably this unused Neal Adams poster. 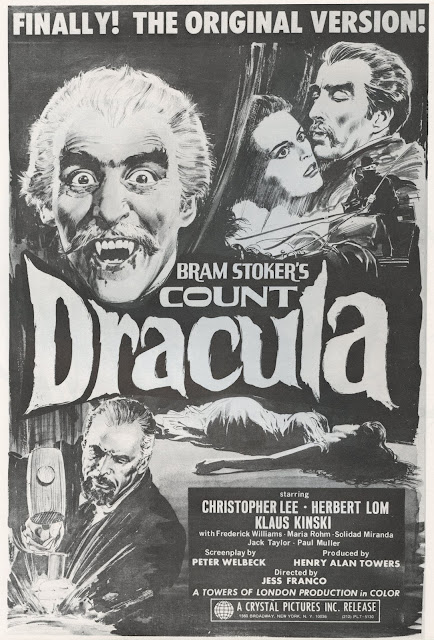 PS--I actually am a fan of Franco's films and his fascinatingly odd career but still, one has to admit he was a schlockmeister!

Posted by Booksteve at 8:09 PM