My First M-Rated Film--Eye of the Cat 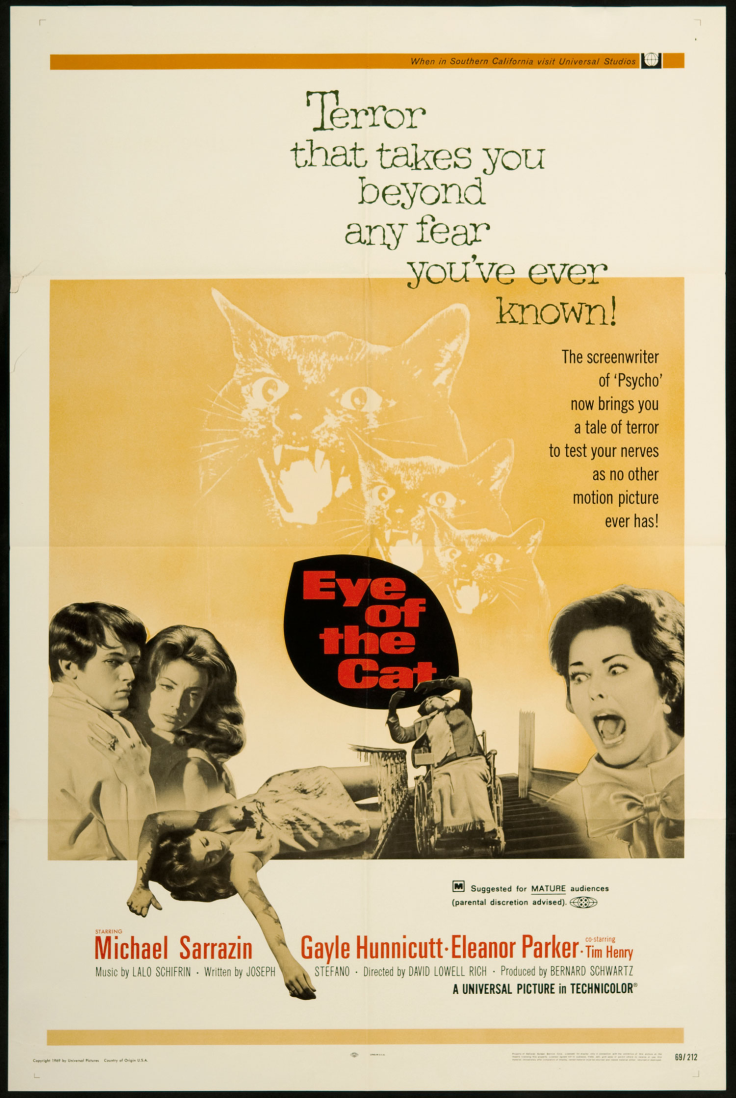 Largely forgotten today, this 1969 movie was--as far as I remember--the first M-Rated feature I ever saw. My friend Terry and I saw it twice and each time the blood and violence squicked us out just as it was intended to do--the way a dark carnival ride would. 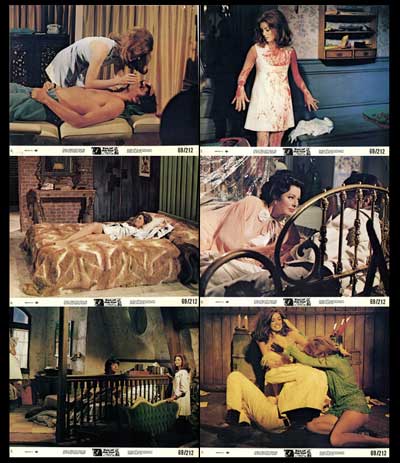 I didn't know anyone connected with it at the time. The writer was largely responsible for OUTER LIMITS and PSYCHO. The director would go on to do some enjoyable TV movies and some big screen flops. The composer went on to become my favorite screen composer. The star, Michael Sarrazin, was hot for about 10 years and was said to be the one true love of murdered actress Christa Helm. 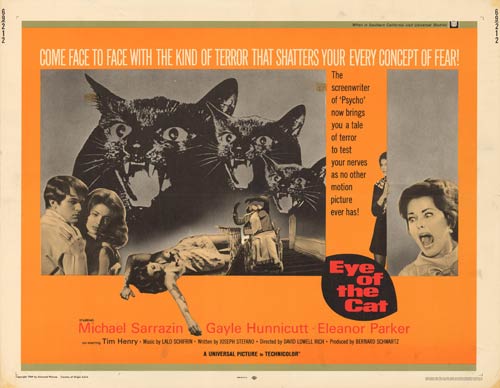 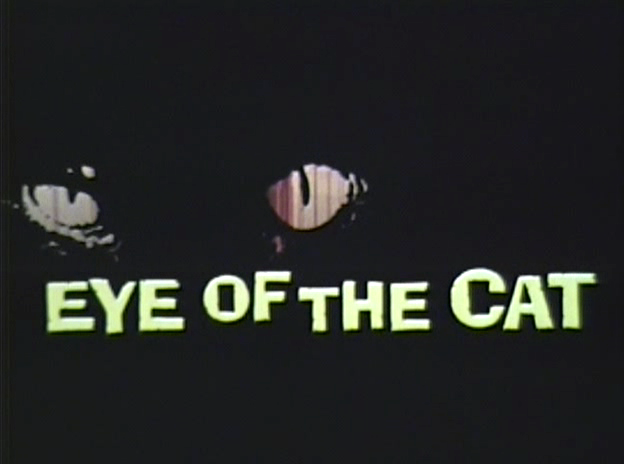 Posted by Booksteve at 8:09 PM