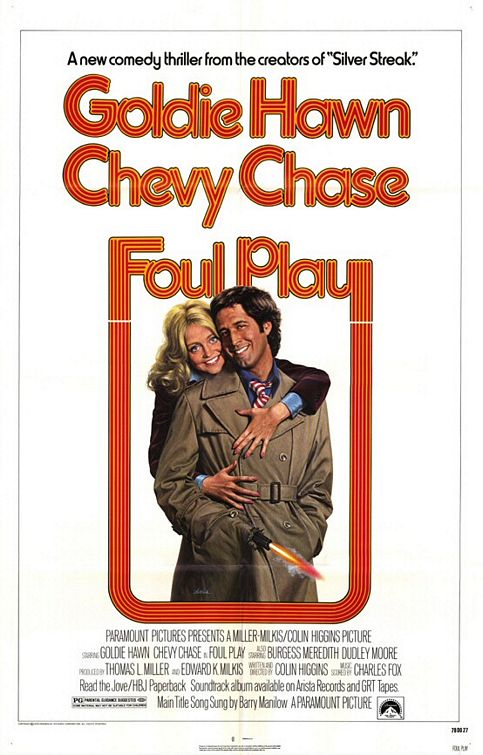 In 1978, my parents and I all attended a Saturday night sneak preview of an upcoming movie comedy called FOUL PLAY. Although a major film buff by that point (age 19) I had heard nothing about this picture in advance. The showing was in downtown Cincinnati at the Times Towne Theatre and there wasn't an empty seat in the house. Never in my life--before or since-- have I heard that much laughter in a theater! 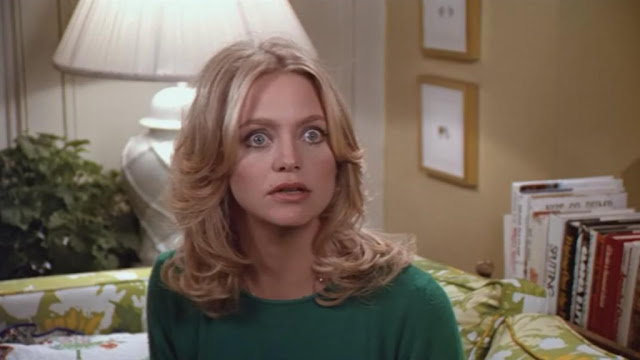 I had always liked Goldie Hawn but I had never been a major fan like so many. From this point on, though, I was. This was the first actual acting role in a movie (although not his first film) for TV phenom, Chevy Chase. He was perfect--handsome, charming, amusing, witty, romantic--literally everything the role called for! Sadly, his career choices and real-life attitudes would ensure that he never lived up to the enormous potential shown here in spite of multiple opportunities. 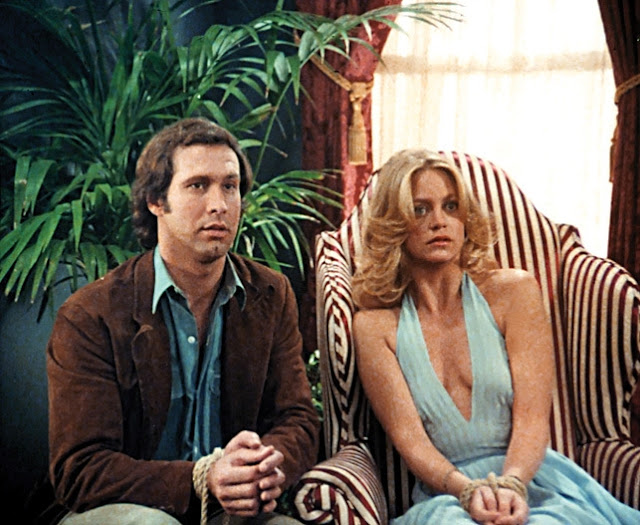 The plot--originally to be called THE BLOOD ON THE POPCORN--is essentially a Hitchcock riff done up as romantic comedy, with a murder, a mystery, and an innocent young woman caught up in a conspiracy. 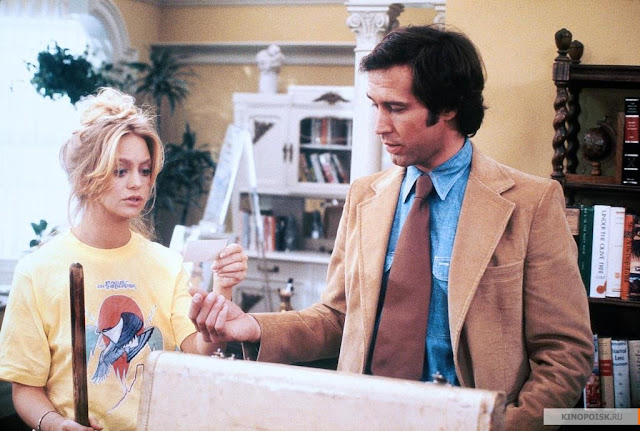 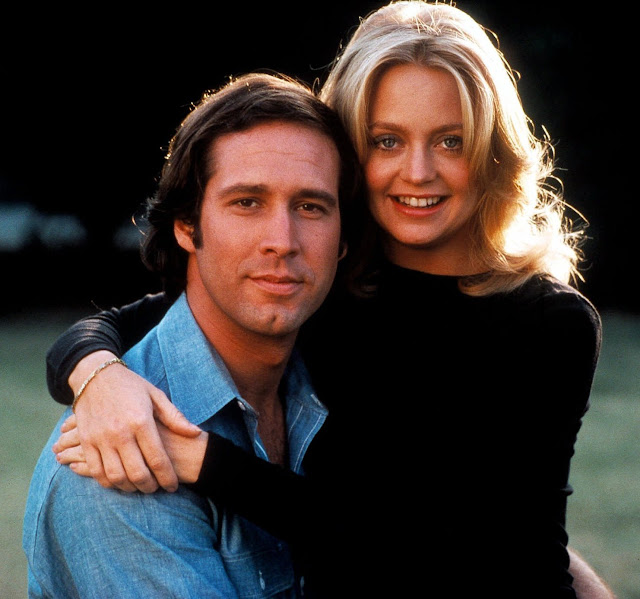 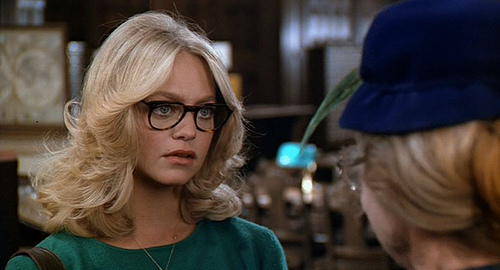 The great score includes a Barry Manilow song and the great direction is from Colin Higgins who would sadly die far too young with far too few movies left as his legacy. The great supporting cast includes Burgess Meredith, Brian Dennehy, Rachel Roberts, Billy Barty, Eugene Roche and, in a solo career making turn as a piano playing perv, the great Dudley Moore! 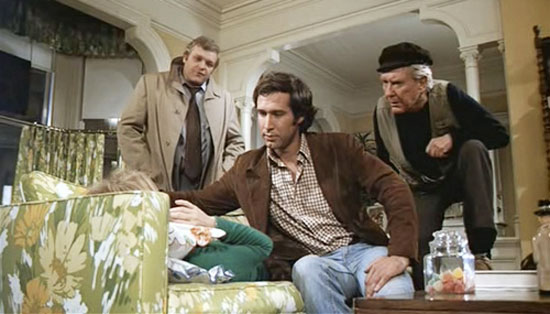 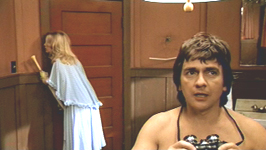 Posted by Booksteve at 1:37 PM