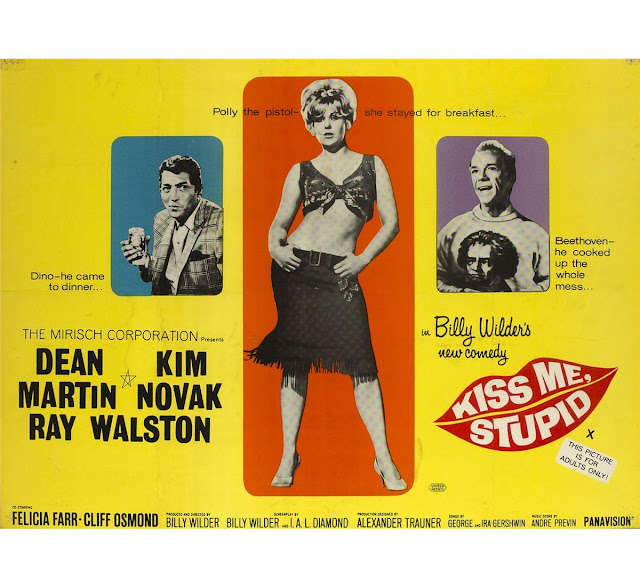 I'm not normally a big fan of Kim Novak but she brings far more characterization to this role than was likely in the script. She's funny, sad, vulnerable, sexy, and not afraid to be silly. 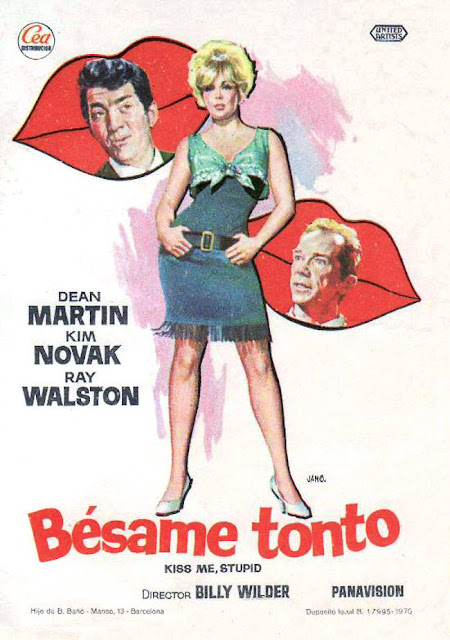 Dean plays himself or a reasonable facsimile thereof. Cliff Osmond and Ray Walston play two small town songwriters who conspire to get Dino to do one of their songs no matter WHAT it takes. 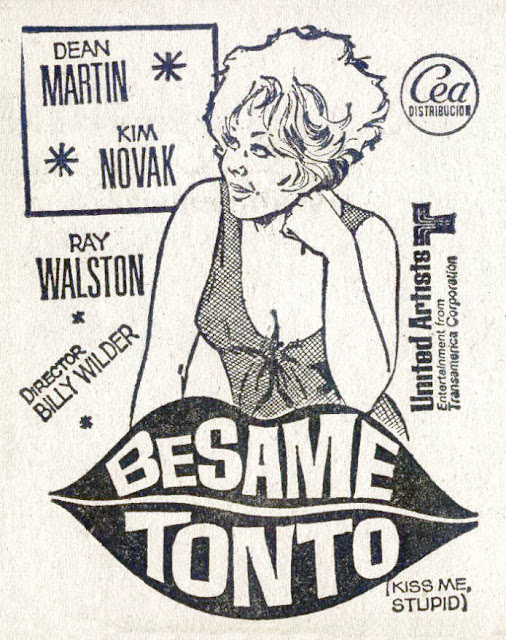 Walston is more than a tad over the top and when you know he's replaced heart attack-stricken Peter Sellers, you can't help but wonder how the latter would have handled the role. 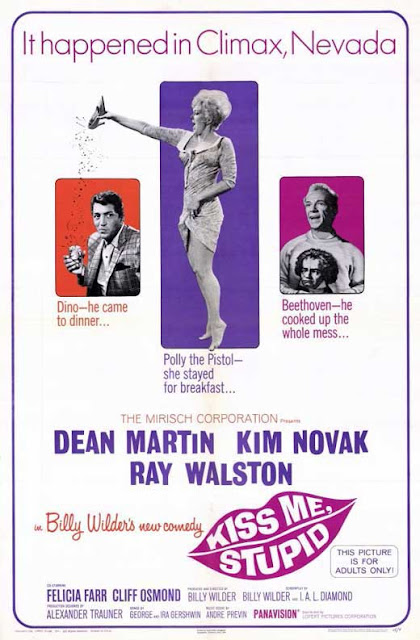 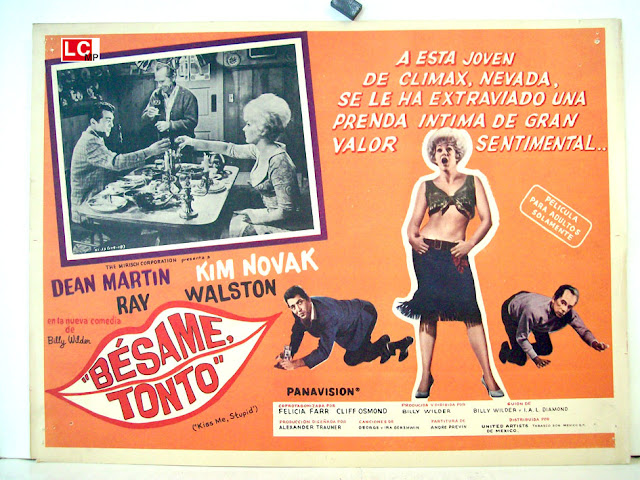 At the time of release, this became writer/director Billy Wilder's biggest flop. It was savaged by the critics and the Catholic Legion of Decency. Perhaps surprisingly, it's aged well. The beautiful black and white photography takes full advantage of the widescreen process, the soundtrack contains songs by George and Ira Gershwin, and some of the jokes are particularly funny. "That Sinatra kid go missing again?" says Dino when stopped by a police blockade. Surprisingly Frank let him live. 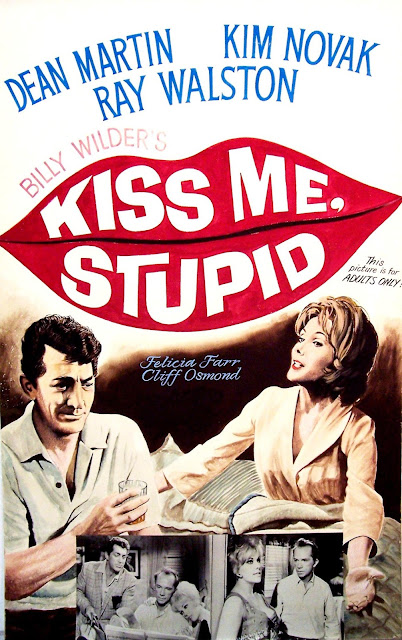 Walston's singing voice was weirdly dubbed by a wholly inappropriate voice that sounds somewhat like Tom Lehrer, in spite of the fact that the actor had been known for musicals before this! 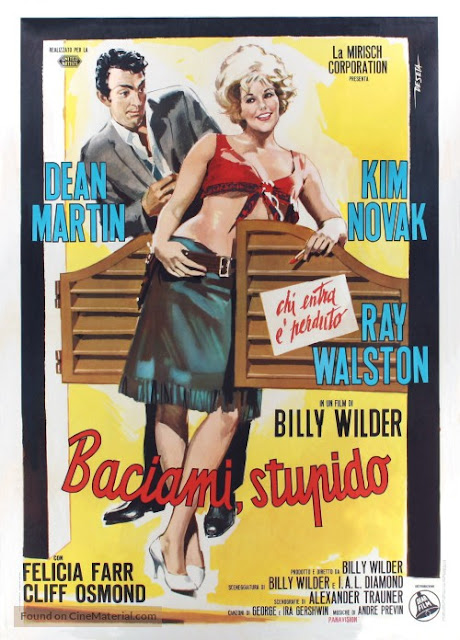 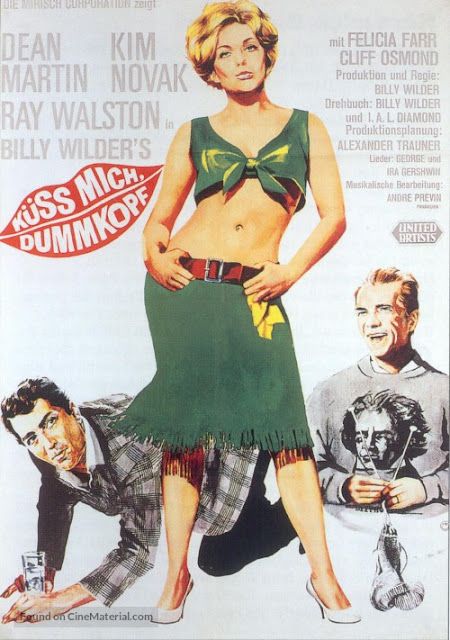 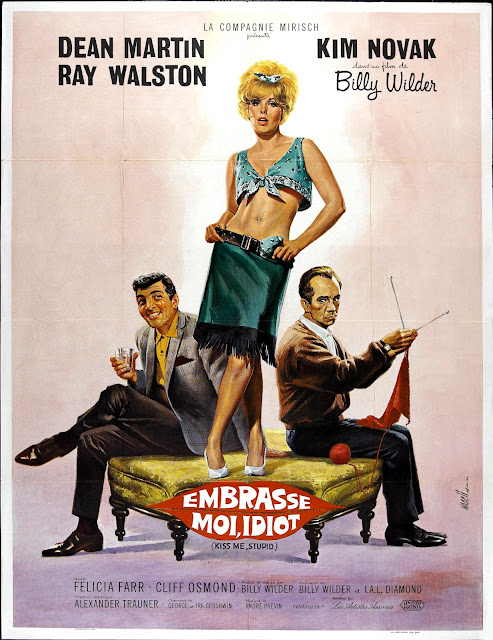 Posted by Booksteve at 5:00 PM