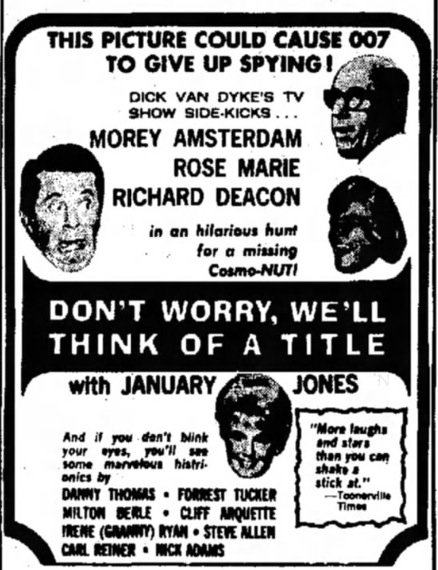 Back in the 1980s, this little gem of a movie was considered one of the worst movies ever made and rightly forgotten. But how bad could it be with that cast? It became one of my Holy Grails when it came to movies. And eventually I did finally get to see it about 3 decades later. And, hey! It's okay! It's low budget, old-fashioned, filled with one-liners and stunt casting, nice photography and a pretty good musical score. Along with the cast listed above, Stooge Moe Howard appears, too, as does the great cartoon voice actor Henry Corden. Below are some clippings that show the film was in the works several years before the DICK VAN DYKE SHOW ended.

Interestingly enough, I apparently actually saw DON'T WORRY, WE'LL THINK OF A TITLE at the Madison Theater when I was 7 years old as, according to the Newspaper Archives, it played a s a 2nd feature to Bob Hope's BOY, DID I GET A WRONG NUMBER, a picture I definitely remember seeing with my parents at that time! I'd hate to have had to put both of those titles on the three sides of the theater marquee though. 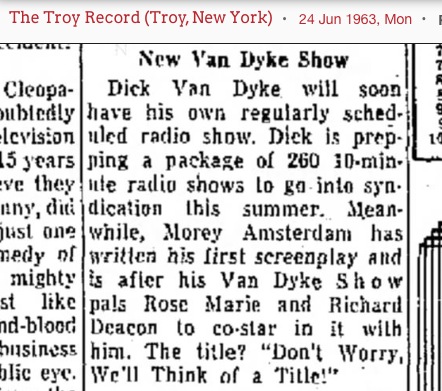 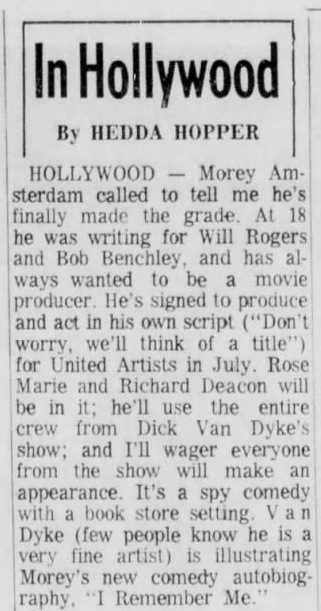 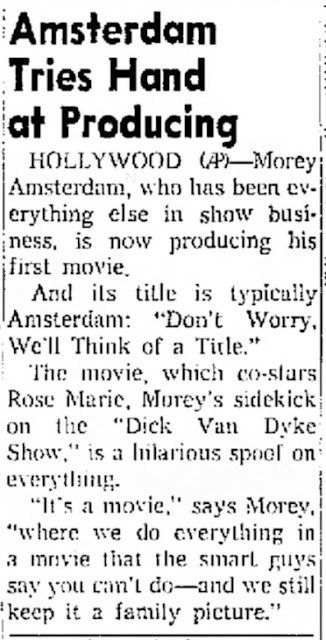 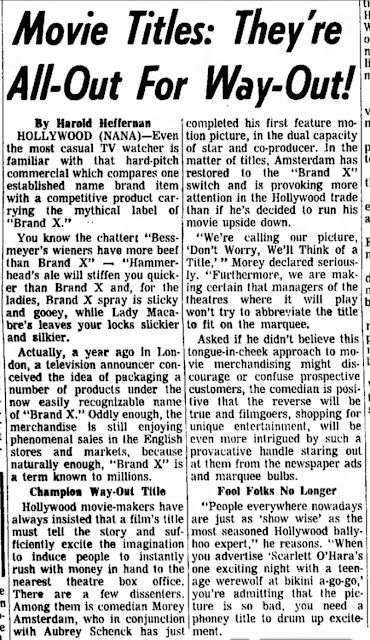 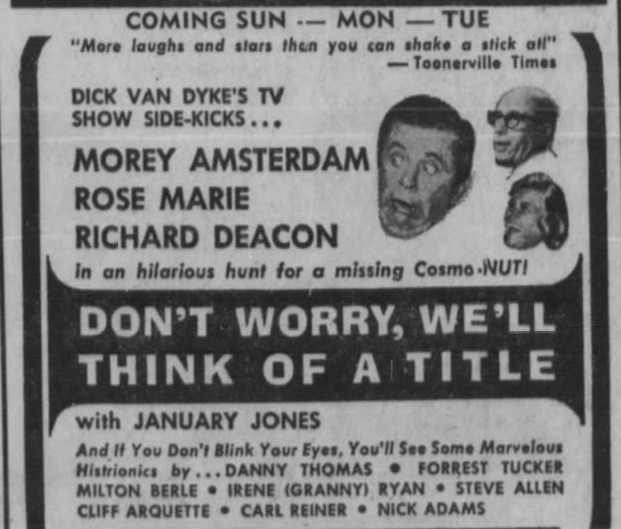