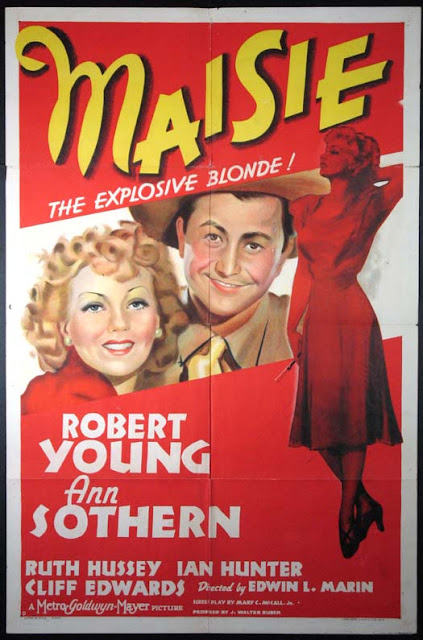 I first knew Ann Sothern from her appearances on TV's THE LUCY SHOW and her voice as MY MOTHER, THE CAR. Later I caught some reruns of THE ANN SOTHERN SHOW. But her place in motion picture history lies with Maisie, a wisecracking showgirl with a heart of gold who ends up in a variety of situations over a series of 9 years and 10 B movies. These B films were form MGM, though, which means they looked like everybody else's A list features! Ann's co-stars included major talents such as Robert Young, Red Skelton, Lew Ayres, and George Murphy. The role of Maisie was said to have been tailored for Jean Harlow who passed before the first film. 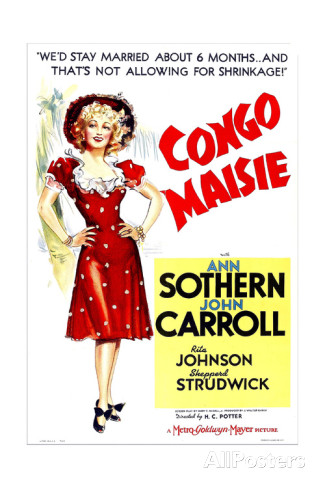 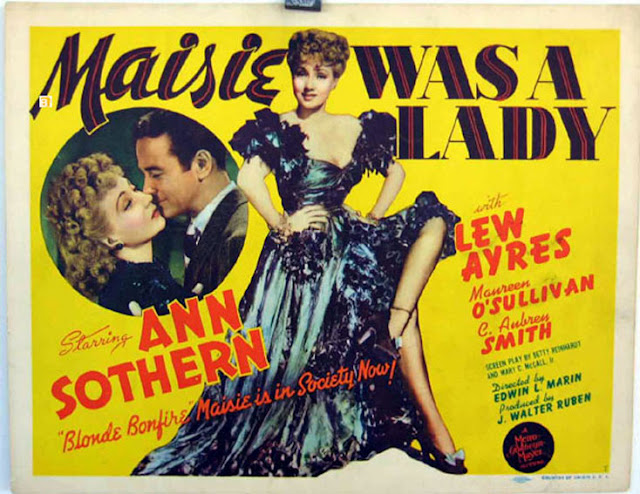 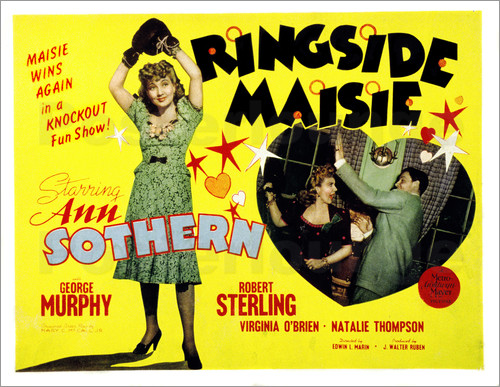 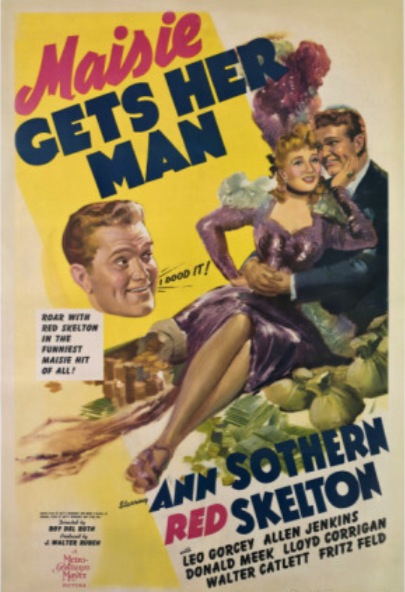 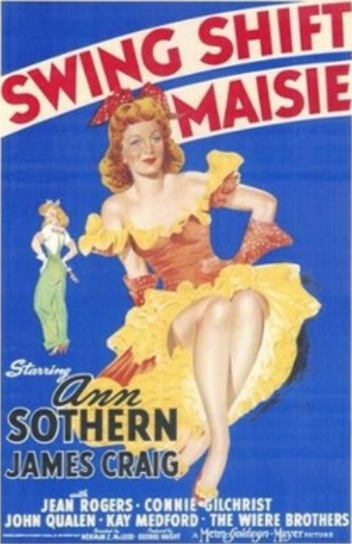 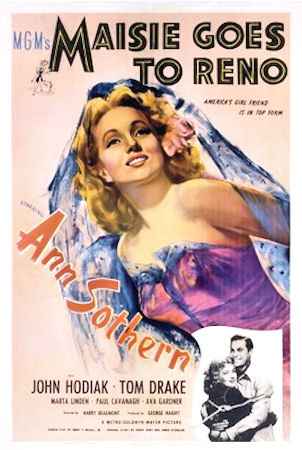 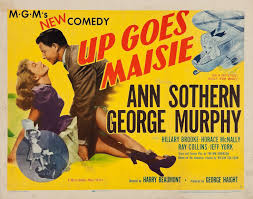 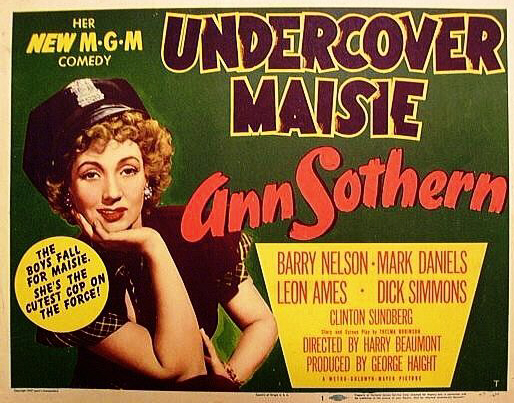 Posted by Booksteve at 9:54 PM