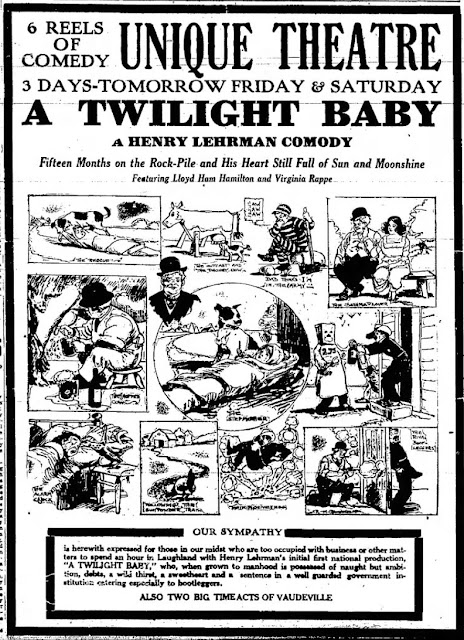 The above comic strip-style ad says 6 reels but reviews at the time said 4 which would make this a short--a long short, but a short. Forgotten comedy star Lloyd Hamilton co-stars with Virginia Rappe, soon to die at Roscoe Arbuckle's now-infamous party a little over a year later.

Below is a brief article written supposedly by Ms. Rappe herself in which she decries Jazz Age party girls and calls for a return to more "Quakerness." Most likely some publicity hack wrote this while Virginia was out being--by all accounts-- the type of girl she was ostensibly against here. 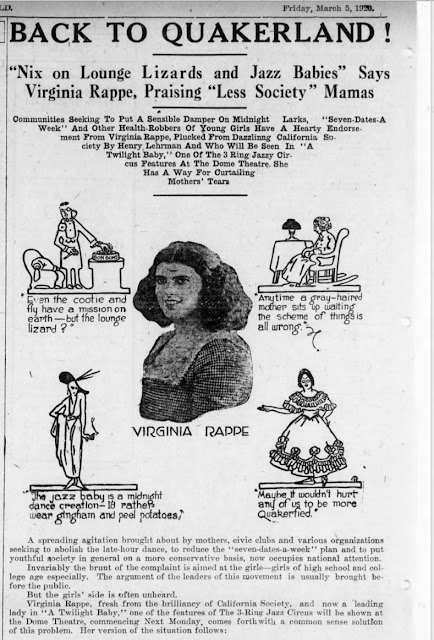