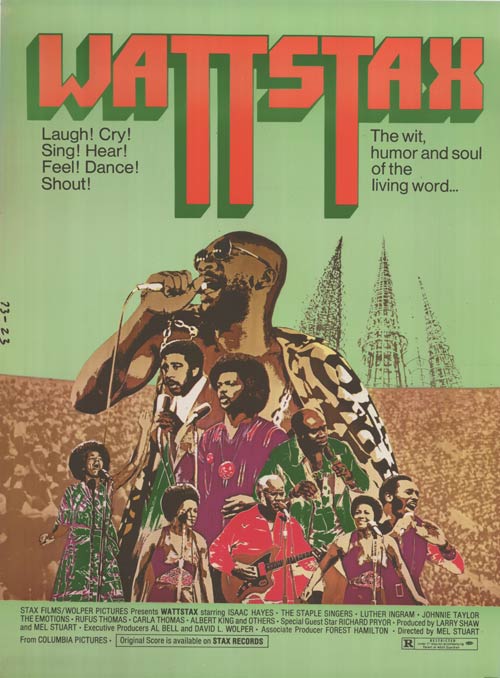 I was watching blaxploitation films in 1973 but I wasn't all that into "black" music so I skipped WATTSTAX, the black WOODSTOCK. 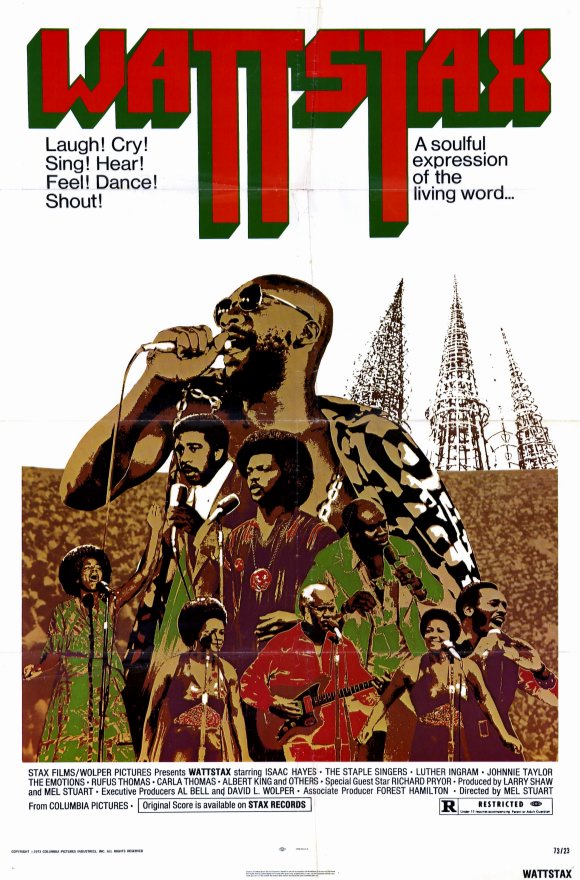 The film offers highlights of a 1972 concert featuring Albert King, The Staple Singers, Rufus Thomas and more. Richard Pryor, Melvin Van Peebles and an almost shockingly hip Reverend Jesse Jackson  appear either at the show or in separately filmed segments on the black experience. 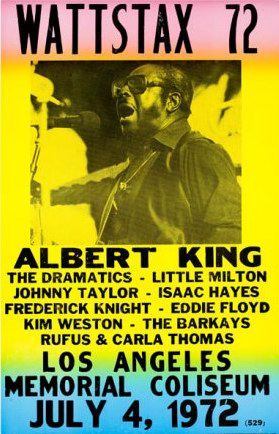 But at the end of the day, WATTSTAX is all about Isaac Hayes. Known a the time as Black Moses, Isaac makes his long-awaited appearance to climax the film, arriving in a grand entrance and slowly disrobing to reveal his trademark gold chain "shirt." The epitome of cool, he goes through a great version of his "Theme From SHAFT."

Knowing now--from his later acting roles on everything from THE ROCKFORD FILES to SOUTH PARK-- that Hayes was not only not that cool in real life but rather nerdy gives his performance here a whole new level but makes it no less enjoyable in the end. 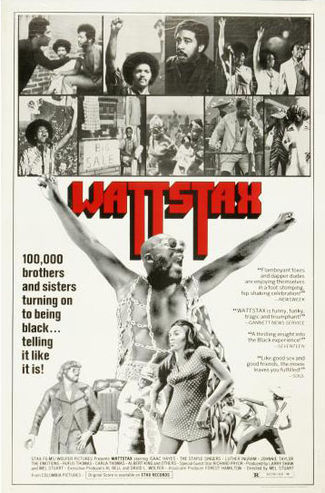 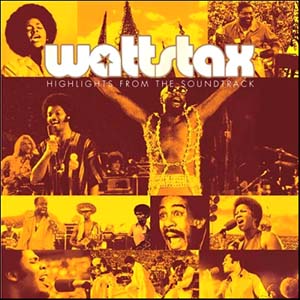